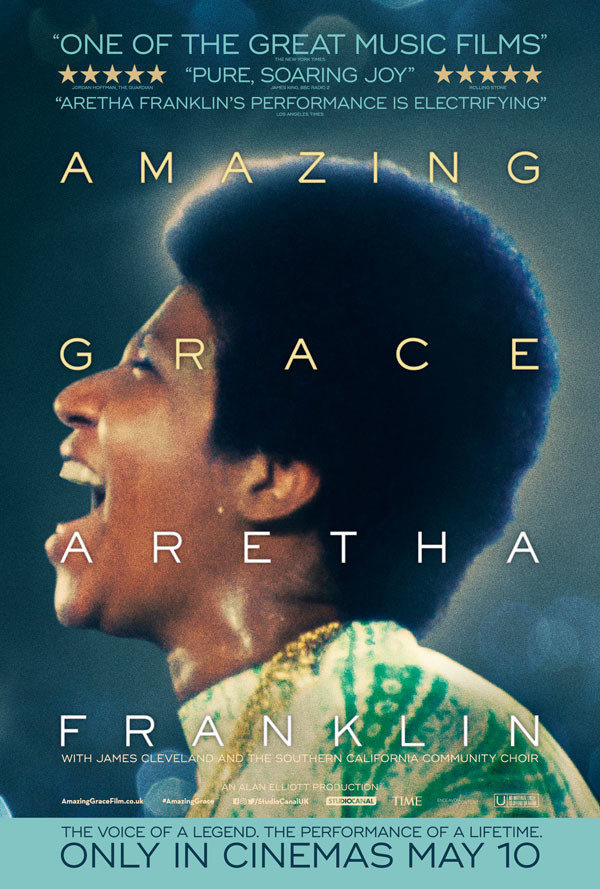 I have never been much of a fan of gospel music, but there is absolutely no denying that “The Queen of Soul” Aretha Franklin had one of the most amazing voices ever to perform a song, and this documentary, originally filmed in 1972, shows exactly that.

Over two nights, Aretha Franklin recorded a live gospel album at the New Temple Missionary Baptist Church in Los Angeles in 1972, an album that became the best selling gospel album of all time.  Warner Brothers sent film maker Sydney Pollack to record the sessions, but there was technical difficulties and the film had never been finished…until now.

This film is not so much a documentary as a recording of the evenings’ events.  That is not a negative because clearly what a viewer wants here is to hear these songs sung by Aretha Franklin.  You did not need much more to make this a powerful experience.  You can tell that by the faces of not only the crowd, but also of the choir.

The emotions were written all over the faces of Reverend Cleveland, who is constantly wiping tears and sweat from his face, and the members of the choir, who, at times, appeared to not believe what they were hearing.

My only complaint is that I was not able to see this in a theater with the surround sound echoing around.  I watched this at home on my computer from the site Vudu, and I cannot help but imagine how powerful this would be in a location more conducive for the presentation of sound quality.  I can remember seeing trailers for this documentary in the theater and being blown away by what I heard there.  That is obviously not a criticism of the film, but it is something that affected my viewing experience.

Amazing Grace serves not only as a wonderful example of a voice beyond compare, but also as a time capsule to a time and place from nearly fifty years ago.