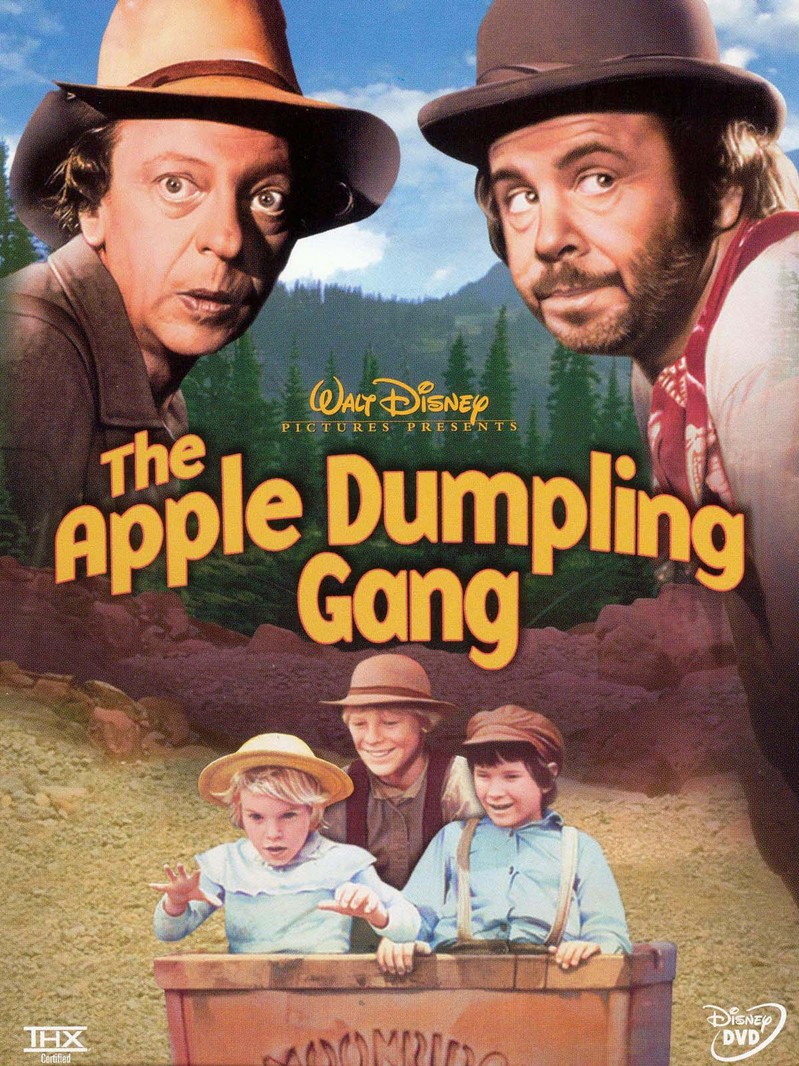 The next movie I chose for the Back-to-School Binge was a personal favorite of mine form my childhood.  I remember going to the theater to see Disney’s The Apple Dumpling Gang.

I was a fan of Don Knotts and Tim Conway from other projects that they were involved in and seeing them together made a great comedic pair.  Theodore and Amos were bumbling bank robbers who were just trying to get by in life, but were not having much success.  Together, Knotts and Conway showed remarkable skill in slapstick and physical comedy.

Gambler Mr. Russel Donovan (Bill Bixby) got conned into picking up a “package” for an acquaintance, which turned out to be three kids:  Bobby (Clay O’Brien), Clovis (Brad Savage) and Celia (Stacy Manning).  Though he tried to pawn the kids off onto everybody in the town, Donovan started to grow closer to them.  When the kids found a giant gold nugget, the town changed their minds and all started trying to gain custody of the kids.  In order to provide the kids a good home, Donovan made a deal with Dusty (Susan Clark) to get married.

Sure there is quite a convoluted plot and the twists are rather predictable, but The Apple Dumpling Gang has its own charm and provides the audience with several moments of silliness and sight gags and sometimes that is good enough.

Harry Morgan (Col. Potter from MASH) and Slim Pickens have roles in the movie as well.

Clearly it is not a classic movie, but there is no doubt that the film has a lot of fun in it.