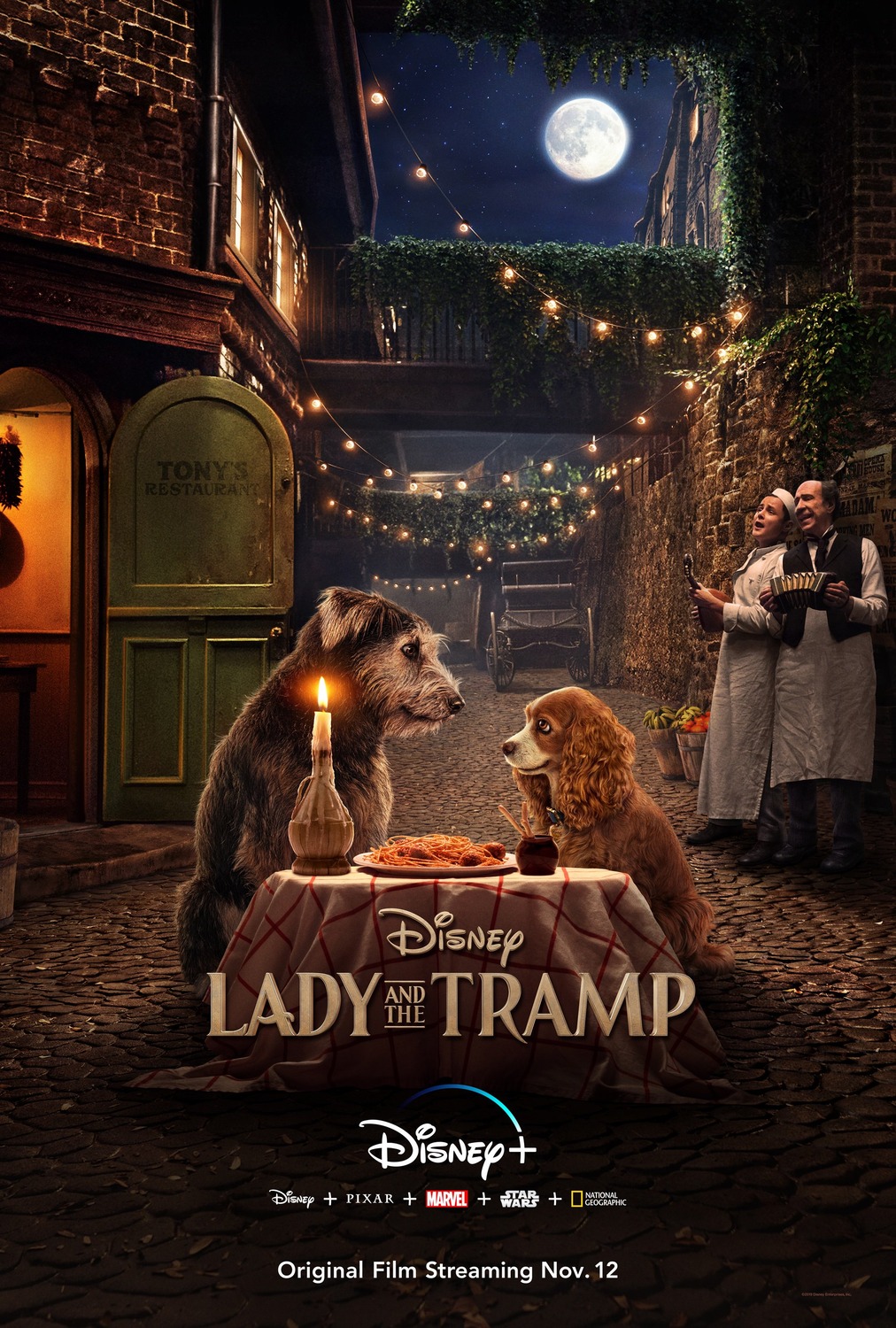 Classic animated movies being rebooted as live action has been the trend over the last few years and now the most recent version has come to Disney + as Lady and the Tramp joins the ranks of Aladdin, Lion King, Jungle Book and Cinderella.

Sure, the original 1959 animated version of this movie may not have been in the same class of those movies, but there is at least one iconic scene everybody knows that involves spaghetti.

This is a very good choice of film to place on Disney + for its start up because it is well known enough to get eyes on it, but it would not make the millions of dollars at the box office as many of the other live-action movies have done.   Here it is one more positive for Disney +.

As for the film itself, it is good.  I enjoyed watching it on my own TV.  I wonder if my opinion would have been different had I paid money for it at a theater.

Prim and proper house dog Lady (voiced by Tessa Thompson winds up on the street and meets scroungy street dog Tramp (Justin Theroux) and the pair form a bond, despite being pursued by the overly-dedicated dogcatcher (Adrian Martinez).

The talking dogs are a problem here, just as the talking lions were a problem in The Lion King.  The facial expressions are not right and the mouth just moving can be creepy and off-putting, not the response that the film would want.  However, it did become less so as the film progressed so it may have been that I got more used to it than I was at the start.  The CGI on the mouth was acceptable for a streaming service film, but would have been more of a problem in a big budget released film.

The voice acting was fine, especially that of the wondrous voice of Sam Elliot as Trusty.  Among the live action actors, Yvette Nicole Brown stood out as the cruel and mean-spirited Aunt Sarah.

As a family film, Lady and the Tramp is a must see.  There is a wonderful goodness about the tale and the characters.  It may not be the upper echelon of Disney movies, but it is still quite recognizable and a perfect starter for Disney +.