There are memes every year.. in fact, too many to deal with.  However, we at EYG like to pick out a couple of the biggies for the year and highlight them here.

I have chosen three memes for the year. 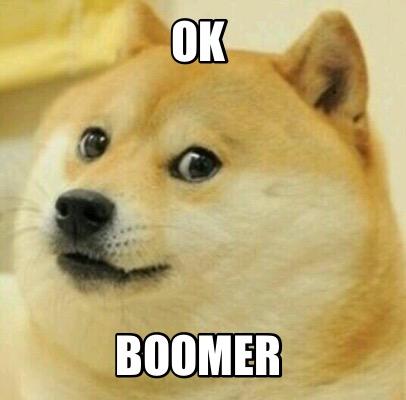 From a Google search: “Thousands of teens have responded through remixed reaction videos and art projects with a simple phrase: “ok boomer.” “Ok boomer” has become Generation Z’s endlessly repeated retort to the problem of older people who just don’t get it, a rallying cry for millions of fed up kids.”

Baby Yoda has become a phenomenon from Disney +’s Star Wars program, The Mandalorian.  Baby Yoda is cuter than all get out and it has inspired a rush of memes.

It was the State of the Union and it sure seemed as if Nancy Pelosi was conveying a message to President Donald Trump besides just applause.  At least, the Internet sure thought so.