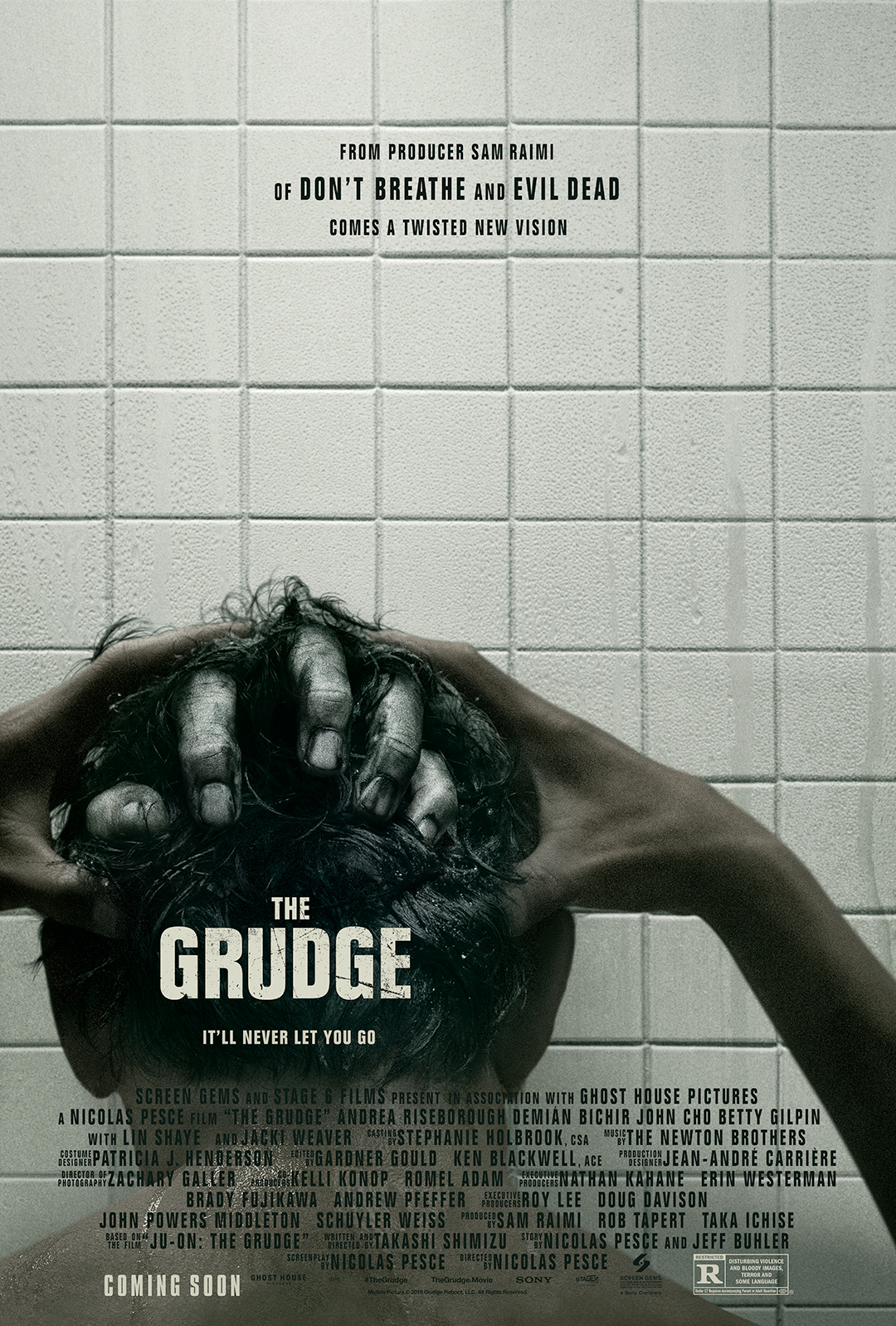 Well it is January.

And it seems as if the first movie of the year is always a horror movie.

January is the month where, typically, movie companies dump the films that are not very good because they just want them to get out there and get done with their runs.  Most of the time, that makes January movies bad.

That is not always the case, of course.  There is a few gems in the month too, but I did not expect one of those when going to see the new version f The Grudge.  Unfortunately, the January movie expectation was fulfilled once again.  The Grudge was terrible.

The film seems to be focusing on Detective Muldoon (Andrea Riseborough), who was one of the detectives investigating the latest murder in a specific house.  It is a house where there seems to have been several cases of murder over the years.

Muldoon’s partner, Goodman (Demián Bichir), had worked a case at the house before, but he tried his best to avoid it because of feelings he had.

As the film moved along, we find out more about the other murders that took place in the house, and we find out that anyone who enters the house gets haunted and eventually kills family members and dies.  Then we go about seeing all of these stories.

There are literally at least three stories from different time lines (maybe four) going on at the same time.  The years flash large and loud on the screen when they first start flipping through time, but trying to tell these different stories was a mistake.  One, there wasn’t enough time to go into any specific details of any of these characters so they simply become one-note characters and two, we know they are dead so there is little to no tension.

It becomes confusing and truly just drops the plot.

Every horror trope/cliche is active in this movie, especially the jump scare.  While some jump scares are fine, this film has more jump scares than any film I have seen in a long while and drives them into the ground.  Plus, the movie is just not that scary.  Even with the jump scares, there is no fear involved.  The jump scares are telegraphed so much that it is painfully apparent when each one is going to happen.

The one good thing about all the jump scares is that it kept me awake.  The film was so boring that I found myself ready to doze off, but every time I got close, there was a loud jump scare to bring me out of the daze.

The acting was about as good as you could expect considering the story that was presented to them.  Lin Shaye (from Insidious) played her role to the hilt, but there was not much character to it.  Jacki Weaver was interesting too, but she suffered from the same issues.

There was nothing in this movie that we hadn’t seen before and better.  The first movie of 2020 certainly only gives the rest of the year’s films nowhere to go but up.