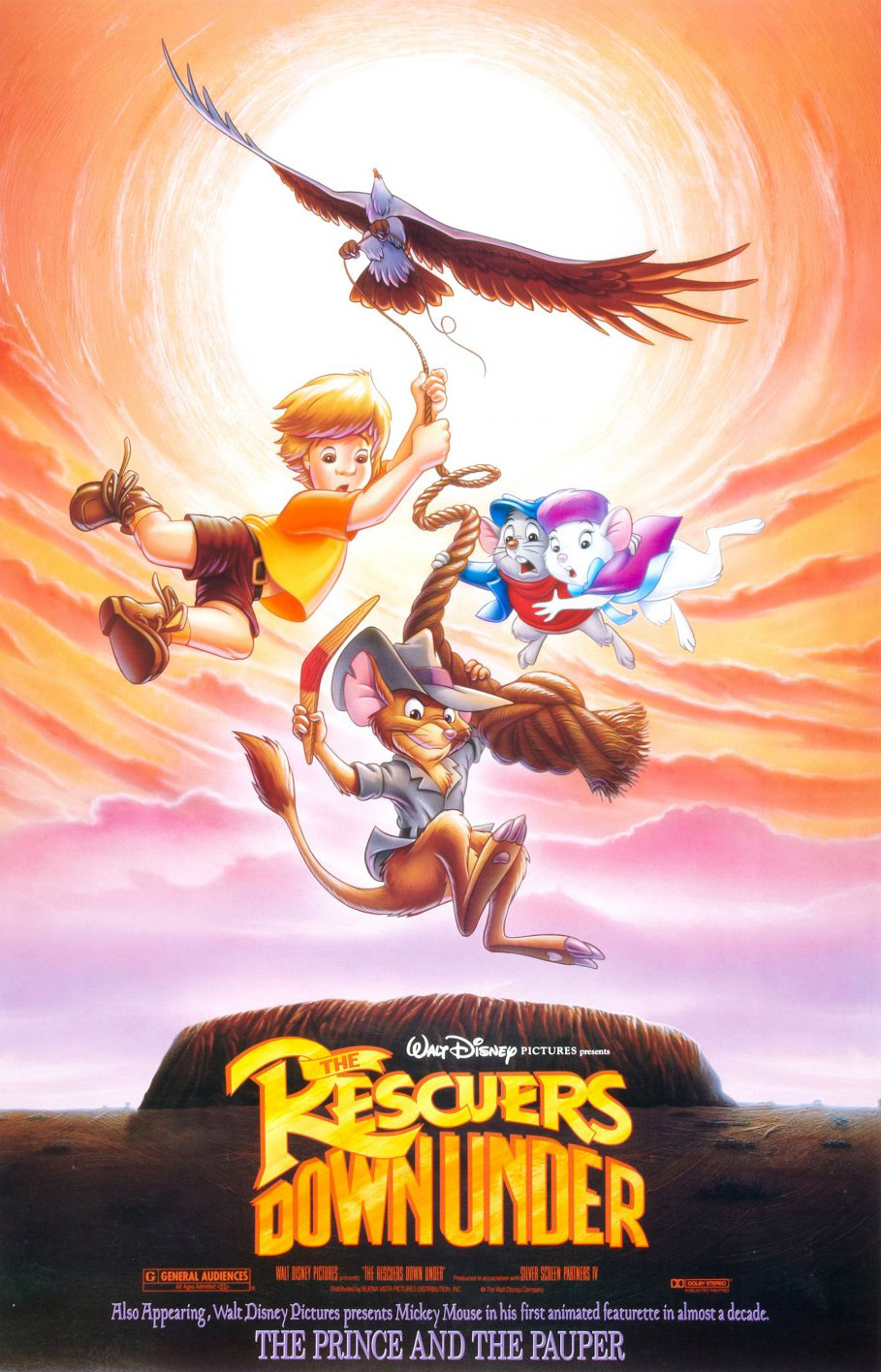 Following up the first Rescuers film that I watched the other day, this was the one I was looking forward to more.

I do not think I ever saw this one despite a definite pull for me.  Tristan Rogers voiced the kangaroo rat, Jake, and Rogers was one of my favorite people at the time.  He starred on General Hospital as Robert Scorpio and I loved him.  So hearing that he was voicing a character in the Disney film should have made me excited, but watching it today, there was nothing that I remembered.

Young Australian boy Cody (Adam Ryen) frees a golden eagle from a poacher’s trap, bonding with the bird in the process, but he winds up being snatched by the poacher (George C. Scott) in an attempt to get the location of the eagle’s nest.  Word heads out and eventually reaches the Rescuers in New York.

Bernard (Bob Newhart) is preparing to pop the question to his partner and love Miss Bianca (Eva Gabor) when they get the cry for help.  Chartering a flight on Albatross Airlines, new pilot Wilbur (John Candy) got the pair to Australia where they meet up with guide Jake (Tristan Rogers).  The trio of mice ventured into the Outback to try and rescue the boy.

I found this charming and fun.  A couple of the story arcs felt unnecessary, but I enjoyed the main story.  The voice work is strong.  The animation is the typically good style Disney films use.

There is a scene where Cody winds up with a bunch of animals in cages captured by the poacher, but they never returned to them.  My first thought at the end of the movie was “What about the other animals?  Are they gonna starve to death in those cages?”

Despite that plot hole, The Rescuers Down Under continued its strategy of simple storytelling and heroic action.  It is a wonderful family film that I think I like a little bit more than the original, though there may be a bias involved with Tristan Rogers involved.  I still enjoyed myself.