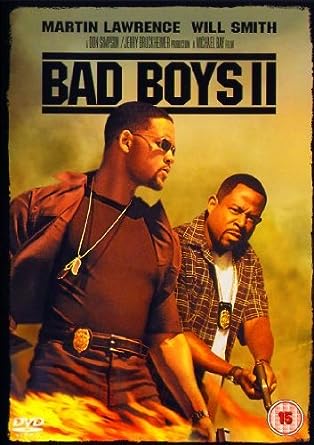 For awhile, I thought Bad Boys II was going to be better than Bad Boys.  It started promising.

Then it took a serious nose dive.

Corpses falling on to the road and being run over by cars during chases type nose dive.

Bad Boys II was every bit as juvenile, childish, dumb as its predecessor.  Maybe more so, even.

I have never been a fan of Michael Bay movies and this movie is everything that I hate about them.  It legitimately feels as if this is directed by a 13-year old.  There are a couple of interesting ideas in the film, but they are completely crushed by the immature and downright disrespectful insults of the plot, characters and dialogue.

Will Smith is still the strength of the film, showing his natural and easy chemistry.  If only he had something worth displaying that chemistry in.  Instead, he is covered with hatred toward homosexuals, fat people, women… just to name a few.  There is so much disrespect and hatred here that it chokes the movie.

When you also consider that this film is way too long, Bad Boys II is just a nightmare of a film.

I appreciate that there are some people who loved this movie and who find the Michael Bay-isms fun.  Some say it is just a big, action movie with some humor.  If that is your jam, so be it.  This is just not a film I enjoy.