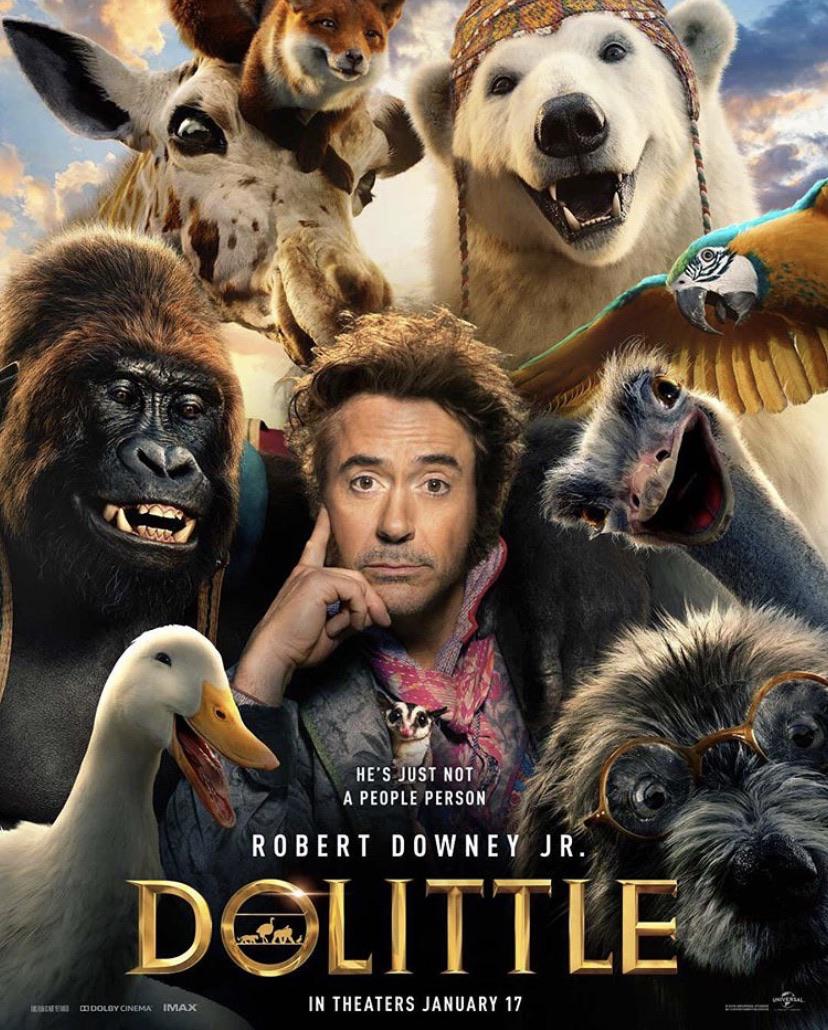 Well… it isn’t the worst movie I saw this weekend.

Thanks to The Murder of Nicole Brown Simpson, which I streamed on Vudu this weekend, Dolittle looks good in comparison.  However, that is not an excuse because Robert Downey Jr.’s first film since ending his run with Marvel is a terrible movie.

Doctor Dolittle (Robert Downey Jr) has become a recluse after the death of his beloved wife.  However, a boy named Stubbins (Harry Collett) arrived at Dolittle’s with an injured squirrel and a girl named Lady Rose (Carmel Laniado) also showed up with an urgent message from the Queen and, along with his animal friends, forced the doctor into action.

So many things wrong with this movie, but I want to start with a positive.  I do believe that the film has heart.  It wants to be good and it does give a positive message as it moves forward through the plot.  Little kids probably would like this film, and it is reasonably safe for them to watch it.  Kids 8 and under would most likely be the target audience of Dolittle.

That was about it for positives.

I have no idea what accent Robert Downey Jr was using, but it was not a good choice.  I am not sure how you can have one of the most charismatic actors working today and have a character as dull and uninteresting as Dr. Dolittle.  Maybe he was doing his best to differentiate John Dolittle from Tony Stark, but, if that were the case, he took it too far.

The CGI was, at best, adequate.  There are way too many moments when the CGI stood out as noticeable and that is something that you simply do not want in 2020.

There was a lack of humor in the film, despite its attempt to be funny.  Again, some of the humor may have been targeted for 8 year-olds and under.  SPOILER: an example of horrible humor was the third act joke where Dolittle was pulling things (armor, bones, bagpipes) out of the rectum of a dragon, which then farted in Dolittle’s face.  Ha Ha Ha.  Yeah, that was a good one.  *SARCASM*

The villains of the movie were total losses.  Nothing but one note characters who do certain things simply because the plot needs them to do it.  They are boring and do not help create the necessary threat for there to feel as if there is any danger for our heroes.

This film wanted to be a magical adventure filled with action and humor for the whole family and it came up really short on this.  It did not have any magic, very little adventure and juvenile humor.  It also somehow made Robert Downey Jr. dull.  And the budget on this movie is $175 million dollars.  Dolittle is a bad movie that will not come anywhere close to that number.

But it is better than The Murder of Nicole Brown Simpson.