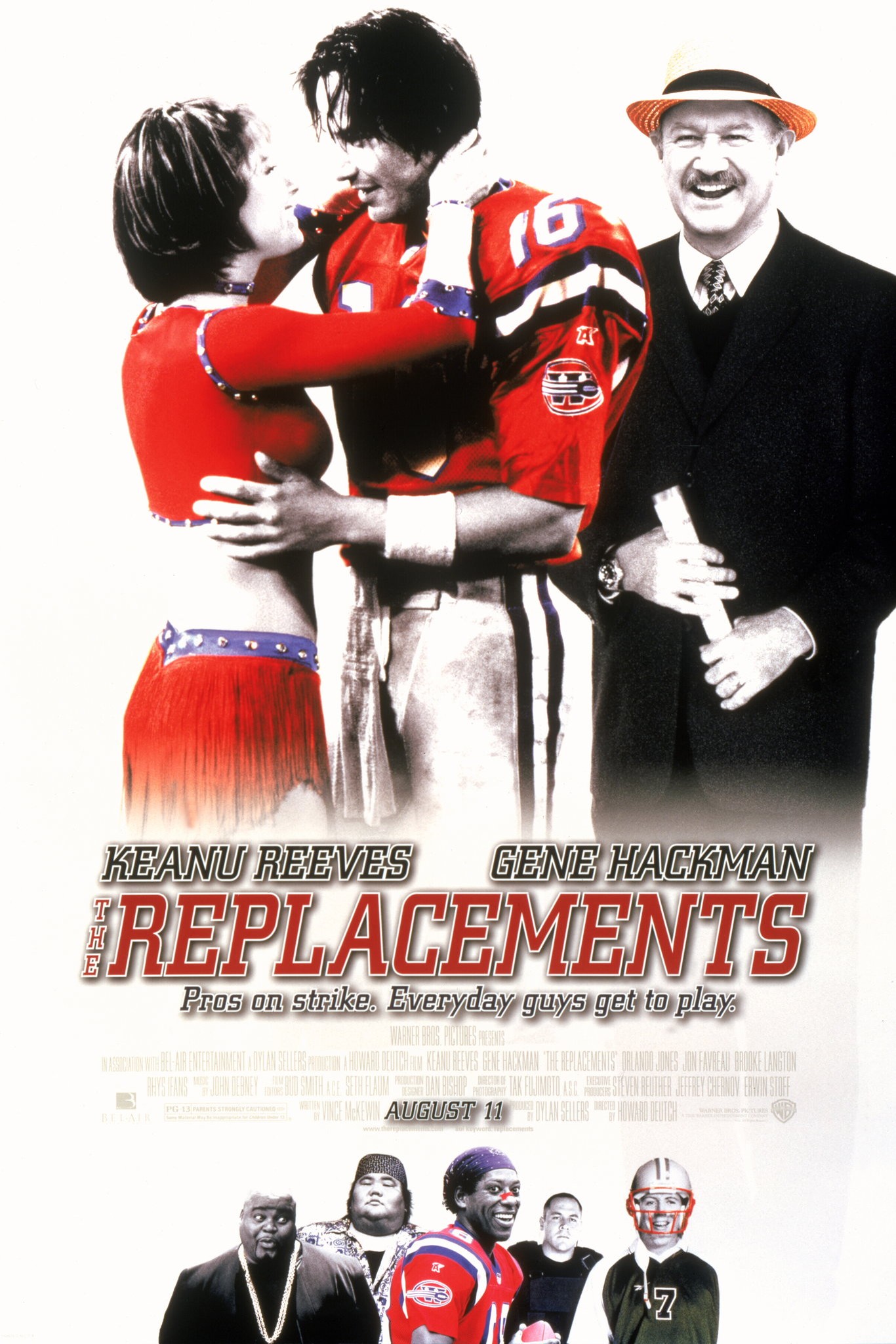 So, apparently, there is some kind of big game happening today.

Super Bowl LIV is today, with the Kansas City Chiefs facing off with the San Francisco 49ers.  In honor of the game, I decided to do a mini-binge on some football movies starting off with The Replacements.

A strike sends the regular players out of the NFL and the owners decide to enlist replacement players to finish the season.  Replacement coach Jimmy McGinty (Gene Hackman) brings in a crew of oddballs and has-beens, led by quarterback Shane Falco (Keanu Reeves).

There was a definite Major League vibe to the Replacements, though nowhere near as good.  The Replacements has some light hearted fun, but there are too many cliches or scenes that simply seem like something I have already seen.

The first thing that made me wonder about the movie was how the owner (Jack Warden) was shown as a good guy where as the players were millionaire jerks who just were concerned about money.  Football owners are billionaires so their complaining about football players making money feels pretty fickle… and the asshole athlete is a huge cliche.  Certainly something that we have seen plenty of times before.  And even with the owner making a power play at the end, that did not change how I thought of the beginning of the film.

The rest of the movie included all of the sports movie cliches that you have seen before.  There are not too many surprises.

I did like Pat Summerall and John Madden were fun in their roles too.

And there is no realism here at all.  That might not be the worst thing for a sports comedy, but there has to be some rules to the game.

My favorite scene though was the jailhouse dance scene to “We Will Survive.”  That was a fun and engaging moment.  They had a few light-hearted moments like that, but. overall, the film was forgettable.