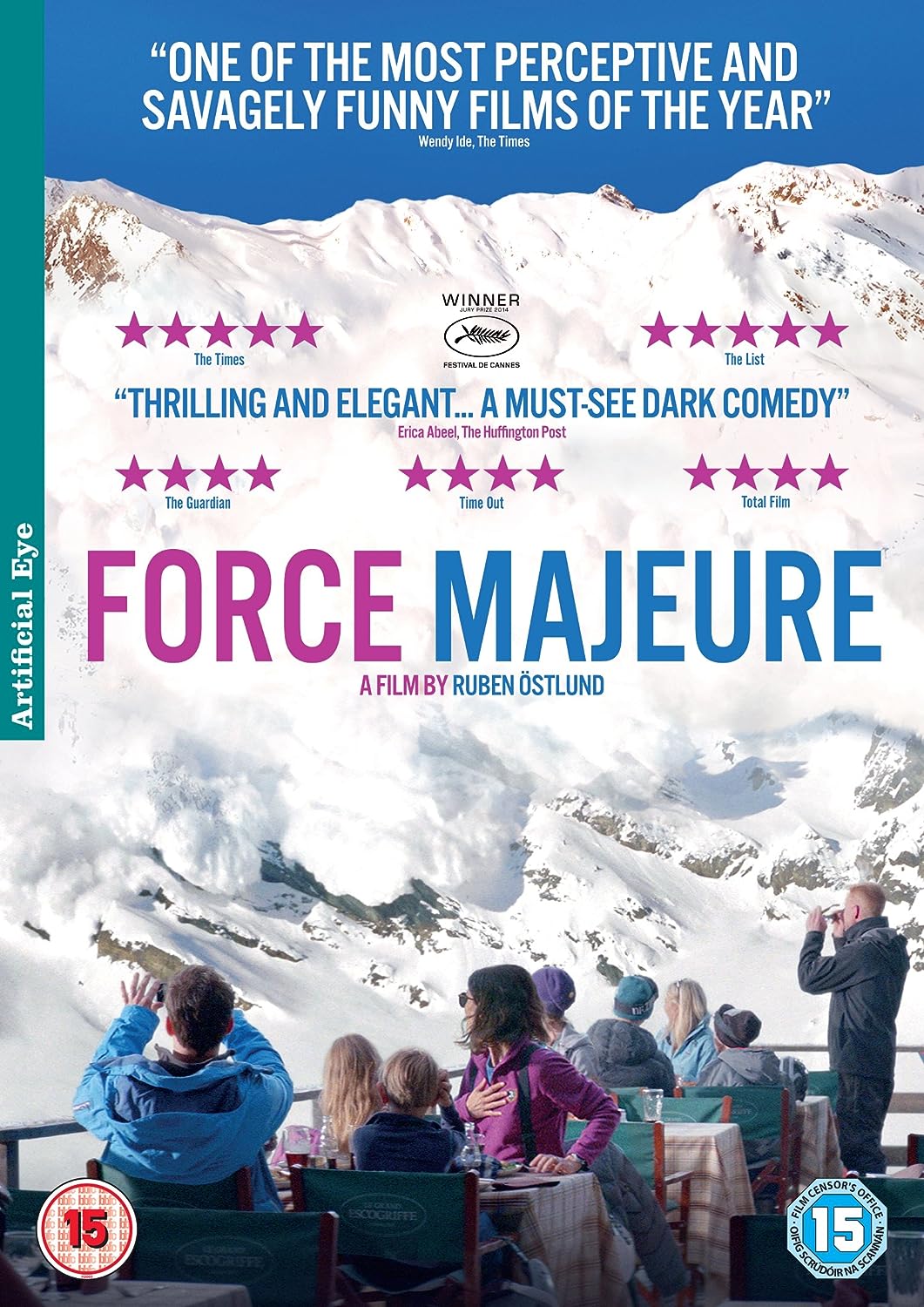 Yesterday, I went to see the new Will Farrell/Julia Louis Dreyfus movie called Downhill.  After seeing it, I discovered that it was a remake of a Swedish film called Force Majeure from 2014.  The word was the original film was better than the remake and, when I heard it was on Hulu, I was curious to see what it was like.  How I felt about it compared to the one I saw on Sunday.

The story is the same.  A family of four go on a ski vacation in the Alps and have an intense experience with a controlled avalanche while they.  Tomas (Johannes Kuhnke), the father,  grabbed his phone and ran off instead of helping his wife and kids.  This act of survival cut his family to its core.

Some of the reactions in the movie are different than from Downhill.  There is more subtly to the performances here.  Lisa Loven Kongsli played the mother Ebba and her reaction to the event She seemed to hide it more than Julia Louis Dreyfus did, even though Ebba’s feelings come out several times.

The children in this version have some strange reactions too and I their reactions are never quite handled sufficiently.

This version was funnier than Downhill.  This one found the comedy in very European manner.  It was more subtle and more inside the situation.

I am not sure what I thought of this ending.  It really seemed to go out of the way to make it okay for Tomas at the expense of the other characters.

I found this to be a better time than Downhill, but I did not think it was remarkably better and I am just not sure how I felt about the conclusion.