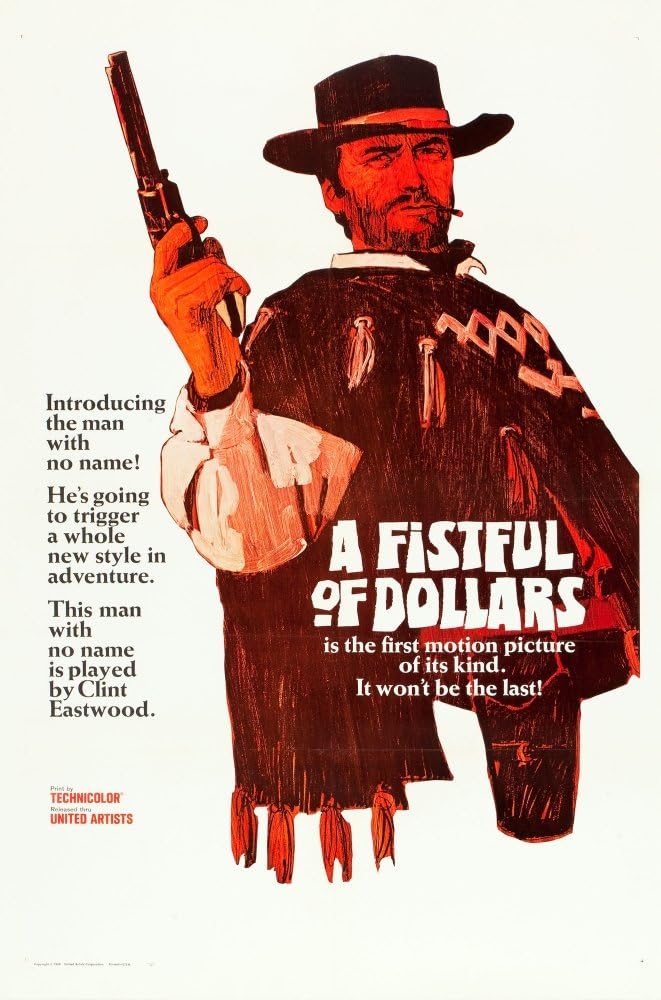 I have been wanting to improve my knowledge of Westerns and so I decided that I would watch the “Dollars Trilogy” to begin the stretch.  These Italian “spaghetti Westerns”  from director Sergio Leone starred Clint Eastwood and really catapulted him into stardom of the genre.

I chose to go in the order that the films were released, which meant I started with A Fistful of Dollars.

Eastwood is the star of this movie and he stands out among all of the other actors in the film.  His presence really brings The Man with No Name to life and provides him with his gravitas.  The screen simply fills when Eastwood is on and he is powerful and dominant in this Western.  It is clear why they went ahead with two more movies featuring this character.

The film did not hold back with the violence of the West, especially in the third act where the body count truly picked up.  However, the film did not have blood or any kind of really gruesome moments in it, so the brutality was dampened somewhat.

A Fistful of Dollars had a plot that was heavily borrowed from Akira Kurosawa’s Yojimbo (1961) and, in fact, faced a lawsuit over that.  This film was another of the “dubbing” issues I have been having lately as most of the voices, excluding Eastwood, did not completely match the lips of the speakers.  This was an initial distraction, but I tried my best to ignore that.

The first of this trilogy got off to a fantastic start and really set the tone for the Westerns of the 1960’s and 1970’s.