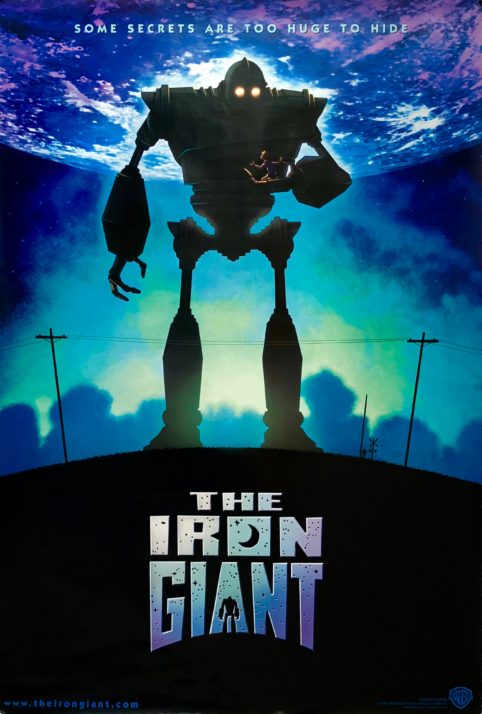 The classic tale of a boy and his 100-foot robot.

The Iron Giant is a beautifully artistic version of a story that we have seen dozens of times.  Why have we seen the story that many times?  Because it works.

A giant robot (Vin Diesel) winds up crashed on earth without its memory and with a distinct appetite for metal.  As it is consuming an electricity station, young Hogarth Hughes (Eli Marienthal) finds him and makes friends with the giant.  Meanwhile, a government agent named Kent Mansley (Christopher McDonald) arrives in town with a desire to capture the giant once and for all.

The Iron Giant is an emotional and powerful story of acceptance and choice that is great for the entire family. It deals with some massive themes too, including death and the ability to choose what you are going to be.   The film does it in a serious and yet remarkably entertaining manner.

Vin Diesel has done some of his best work as a voice over performer and his run here as the Iron Giant is no exception.  He is able to infuse the giant with so much humanity and emotion with so few words that this was clearly a perfect audition for Groot in Guardians of the Galaxy.

The animation of the movie was wonderful.  It truly does hold up, despite being over 20 years since its release.

There are some other excellent voice actors involved in The Iron Giant.  Jennifer Aniston voices Howarth’s mother Annie.  Harry Connick Jr. provided the voice for junkyard manager and scrap metal artist Dean.  And the general called in by Mansley was voiced by Frasier Crane’s father, John Mahoney.

The third act of this movie is just tremendous and really creates a tense and emotional climax showing what a hero truly is and how that hero should act.

The Iron Giant is a wonderful movie for everybody.  You’ll have tears in your eyes from the power of the film.