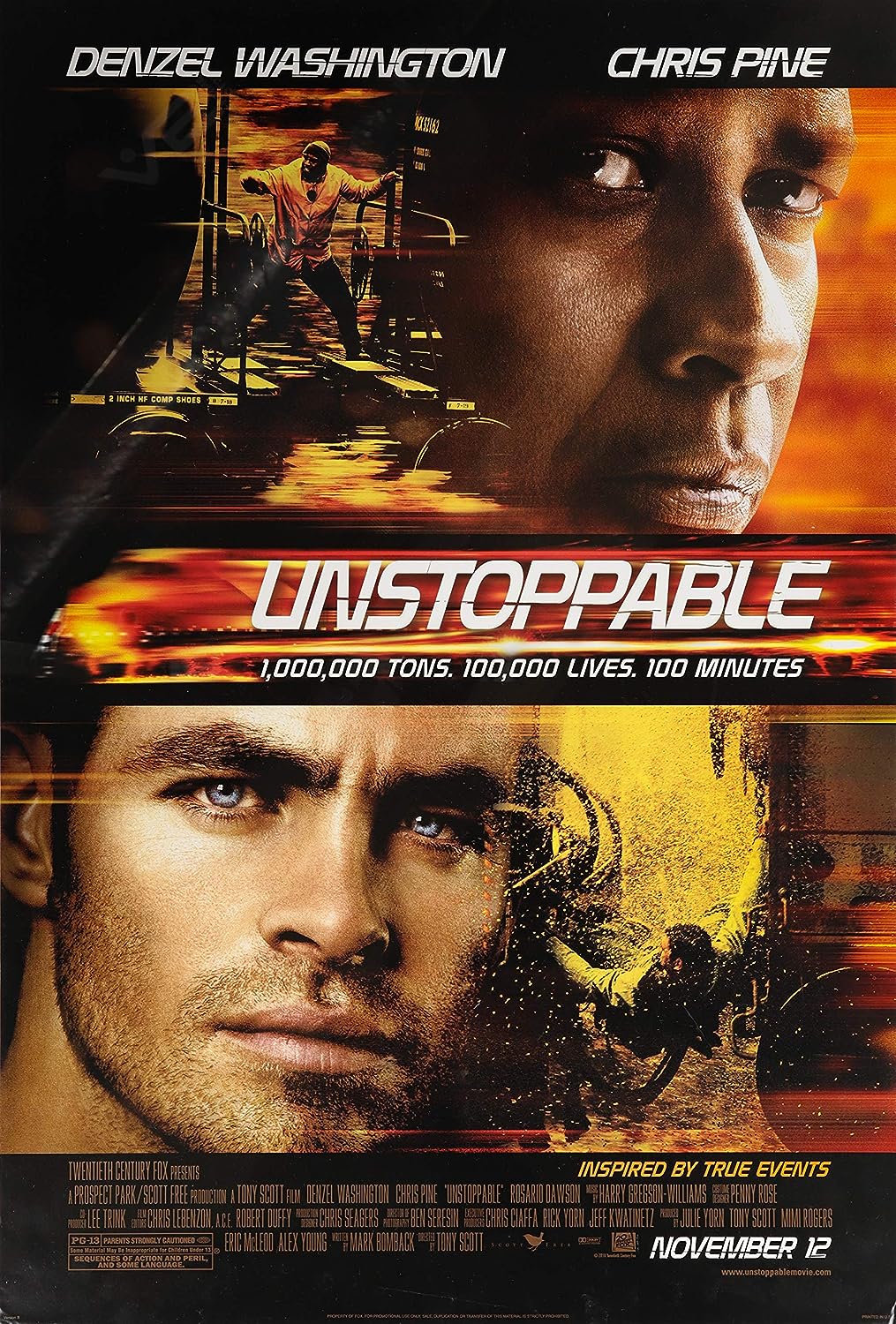 One of the most tense, anxiety-filled movies about trains that you are ever going to see.  Plus, it has Chris Pine and Denzel Washington.

What more could you ask for?

Oh, how about Rosario Dawson too?  Excellent.

Denzel was Frank and Chris Pine was Will, and they were together running a train.  Frank was the grizzled veteran and Will was the newbie, both with their own personal life issues interfering with their thoughts.  However, when there is a runaway train out of control, Frank and Chris are the last chance of stopping the train.

Sure, there was a lot of silly coincidences going on here.  The way the train starts off on its own is silly.  Some of the attempts to stop the train came from the mind of people who must not have really wanted that train to stop, because it was not going to work.  Yet, all of that just makes the film work more.

The heroism of the two main characters is just off the charts and everybody loves rooting for underdog heroes to succeed when it seem they have no chance at all surviving their struggle.  The news broadcast of this event really showed this.

Why they did not just do what they did at the end… before things got out of control, I do not know.  I am not trying to think about it too deeply.

Chris Pine and Denzel Washington are great together.  They make a pair of people who are easy to root for and who are interesting to fill the time between dramatic rescue attempts with some good banter about trains.  Throw in the always wonderful Rosario Dawson as Connie, the woman on the radio, and this trio was just perfect for what this movie was.