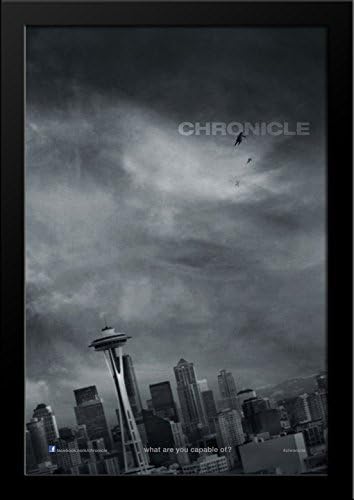 What happens when the found footage genre meets the super hero origin story?

Well, if you are Josh Trank, you have Chronicle.

I should rephrase what I stated, because, truthfully, Chronicle is not a super HERO origin story as much as it is a super VILLAIN origin story.

Three high school kids (Alex Russell, Dane DeHaan, Michael B. Jordan) come across a weird hatch in the ground outside of the party they were at.  The “radiation” from the strangeness gave them telekinesis powers.  It started as a fun time, but soon their powers started to lead to deeper troubles.

Dane DeHaan’s character Andrew was abused and tormented and that brought an anger to him and, once he gained his powers, suddenly had the power that he lacked to defend himself.

Andrew’s cousin Matt (Alex Russell) tried to get Andrew past his loathing of others and focus on the positives, but Matt’s good intentions did not seem to Andrew to be sincere.

The film was extremely realistic.  What I mean by that is, if this was actually happening to these high school aged boys, this is how things would go.  They would use their new skills in ways that are meant to make them more popular or to have fun and, when they realized that these powers made them dangerous, they would make a decision.  Andrew and Matt are the proverbial both sides of the same coin story that we see in comics on a regular basis.

The found footage technique worked really well in this film.  Found footage had been starting to show its failings about this time, but Chronicle was able to show a different way to approach the genre.  It allowed the characters to go deep inside themselves and show the sides that they may not have shown in a regular film.

Despite Andrew’s constant anger and his poor reactions, you feel bad for him.  He is relatable with the troubles that he faced.  We can all relate to being teased in school, being awkward around others, facing parental issues.  These are the traits that make him human, while his powers are what makes him fantastical.

This was an excellent use of found footage and presented us with some dark images and sad moments in the lives of these boys. Chronicle was a really well done film.