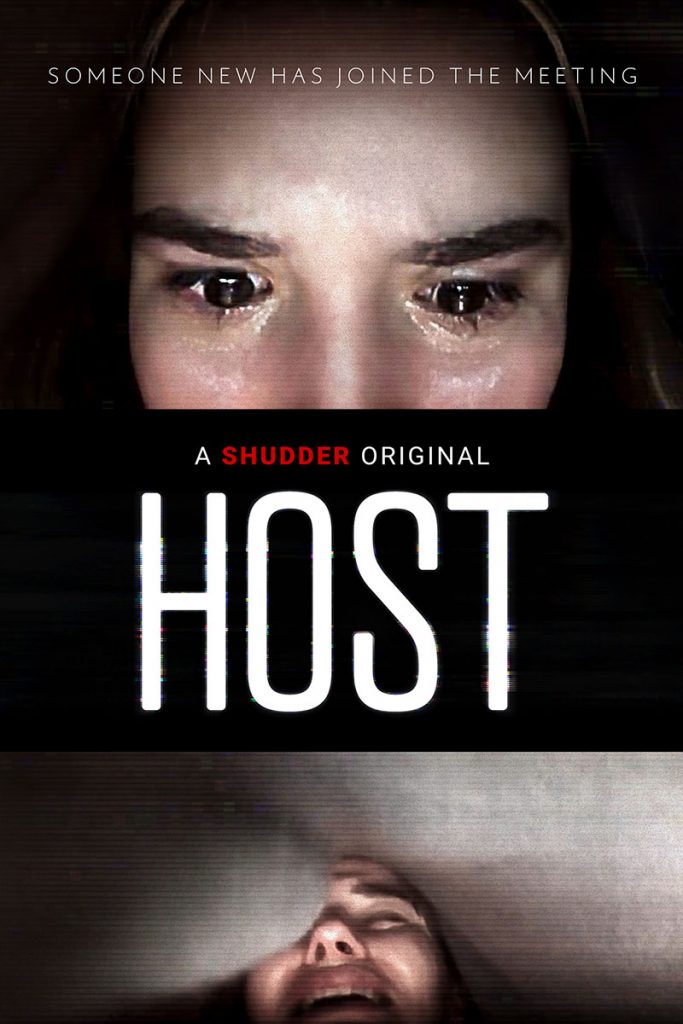 I may never do another Zoom meeting.

Host is an original horror film from Shudder and it is frightening and nerve-wracking.

We have seen films like this before.  A group of friends online wind up being tormented by some spirit/demon, but there was something particularly creepy and anxiety creating about this film.

Host is only 57 minutes long, but it certainly maximizes the time to create a ton of horrific scares that leaves you uneasy and disturbed.

Six friends are getting together during the pandemic lockdown on Zoom to have a seance, which includes a real life Medium.  Despite a warning not to “disrespect the spirits, one of the friends, Jemma, makes up a story about a boy and opens the door for a spirit to come into their lives.

The film would fall into the found footage genre, directed by Rob Savage.  While we have seen this type of film from Unfriended to Unsubscribe, Host pushes those button that tap into the anxiety of the audience coming from our current situation of the pandemic, that has kept us isolated in our homes for months now.

There were a lot of jump scares in Host, but they did not feel as if they were thrown in the film.  These scares felt earned for the story that they were telling.

The characters were reasonably well-developed considering the fact that the film was pretty short.  They did a great job providing the information in a concise and effective manner.  The script here is tightly woven and entertaining.

The film is short, but it takes advantage of every second to mess with the audience’s nerves.  The feeling of isolation the film creates is effective.  The performances are good and the effects are impressive for what these filmmakers had available to them.  Host is on Shudder and is a great, frightening time.