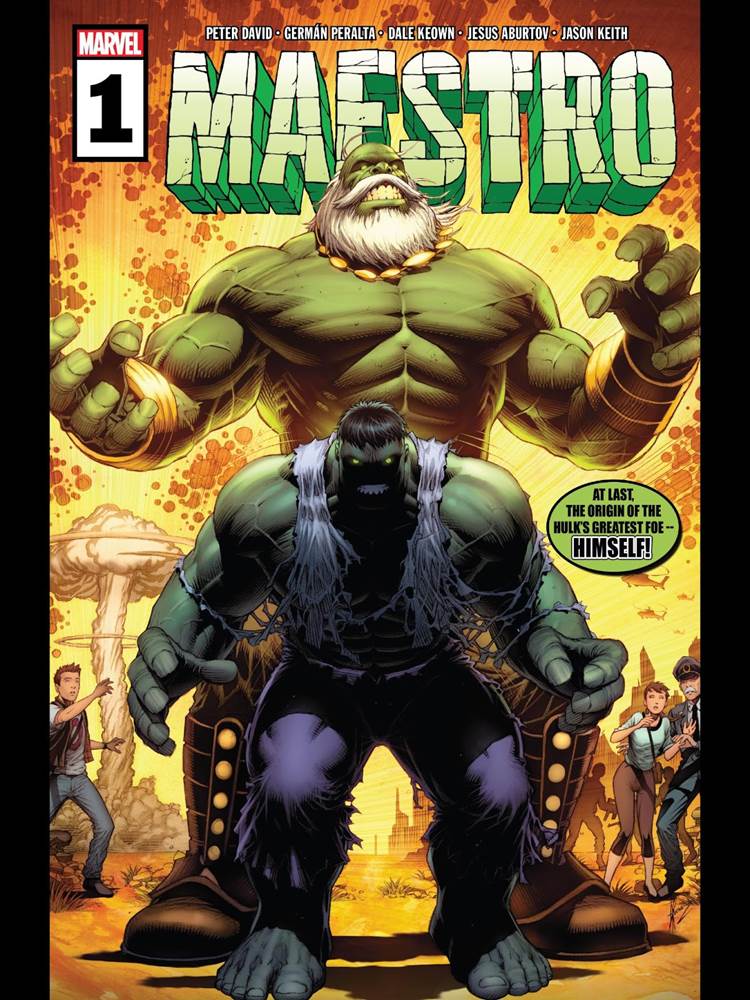 “Symphony in a Gamma Key Part One: Overture”

One of my all-time favorite mini-series was Future Imperfect with the Hulk.  It was an alternate future story of a world without the heroes and ruled by a monstrous villain known as Maestro.  It turned out that Maestro was actually Dr. Bruce Banner himself and the Hulk from the past had to face off with the Hulk of the future.

It was a great two-issue series.  You always wondered what lead to Bruce Banner becoming this villain.

Finally, the original writer of Future Imperfect has returned to give us the origin story of Maestro, and if issue #1 is any example, we have a wild ride ahead of us.

Peter David is one of the great writers in comic books and he has had an epic run with the Incredible Hulk.  He kicks off this book with some misdirection and immediately hooks you into the hero of the book, Bruce Banner.   You can already see some of the cracks forming in the character of the Hulk and I anticipate the fallout to be glorious.