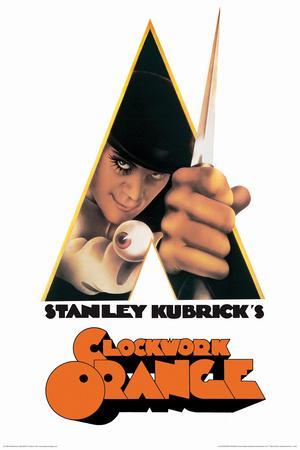 This is one of those films that I do not feel that I will ever revisit.

Don’t get me wrong, I am glad I saw it after all of these years, but to say that it was disturbing is a mild understatement.

A Clockwork Orange is a classic Stanley Kubrick film that plays with the ideas of violence and the responses to that violence.  Does it take things too far?  That might be true.  I have to say I am not sure how I feel about the movie.

On one hand, Malcolm McDowell gives a top notch performance, though he seems to be yelling too much for me.  You believe that this guy is a vile and vicious person and his actions are wicked.  McDowell does a great job of portraying that.  However, I never found myself feeling for Alex after the prison procedure “cured” him of his tendencies.  It felt like he deserved the pain that he was suffering with.

The cinematography is wild and weird.  The sets and the backdrops are wonderful to look at.  The overall performances are solid.  The direction is classic.

And yet, the very topic of the film makes me uneasy.  I am just not sure that it does anything for me.  Especially with the way the film ends.

There are some great technical aspects of this 1971 film, but I can think of many Kubrick films that I would prefer to see.