Welcome back to the Top 10 list of the week.  There was a great podcast this morning with Matt and John and I was excited to get the list written.  Then I had a long day at work so it is much later than I intended it to be.

This week, in honor of this weekend’s return of Hellboy with David Harbour, the guys made their list of Top 10 Movies based on Graphic Novels. I was already ready to dismiss The Dark Knight because it was not based on a specific graphic novel and then I heard the idea come up during the podcast.  I had to laugh at that.

I am also ruling that Edge of Tomorrow is not on this list either as it was classified as a light novel, and it says, not to be confused with a graphic novel.  So I kept it off the list.

#10.  300.  This was John’s number one, but I was never a massive fan of this movie. It was fine, but I would not put it above number 10.  This is one of the greatest violent battle films around but there needed to be a bit more for me.  There is no denying that the movie looks absolutely fabulous and beautiful.  One of Zack Snyder’s most visually appealing films.

#9.  Hellboy.  I just recently saw the first Hellboy and I enjoyed it for the most part.  There was good humor and I really liked the performance of Ron Perlman.  The touch of Guillermo del Toro is all over this movie.  I was not a fan of the first part of the movie but I really thought it picked up as the film carried on.  Hellboy’s wit was what carried the film. 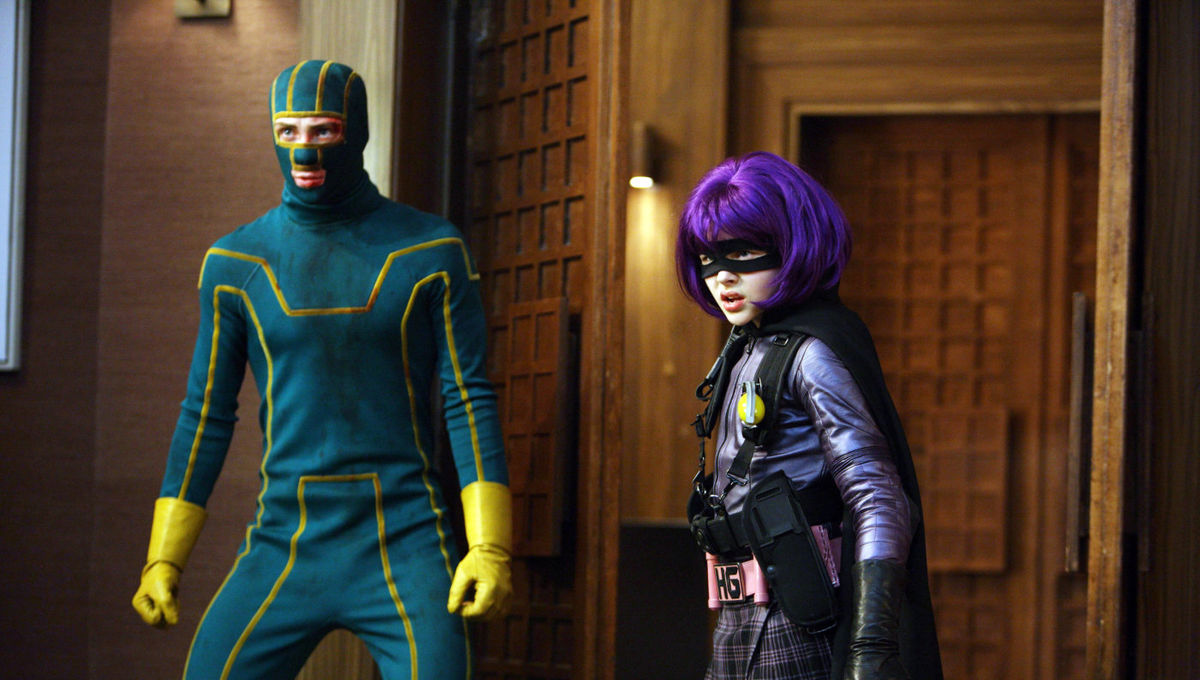 #8.  Kick Ass.  I loved this movie and I did not expect that it was going to be that great.  Nicolas Cage brought every last bit of the cheesiness of Nic Cage to his role as Big Daddy.  And, of course, Hit Girl, played by Chloe Grace Moretz, stole every scene.  Aaron Taylor-Johnson was great as the titular hero who is sort of not really a hero.

#7.  From Hell.  I have always loved Jack the Ripper… that may not have come out right.  I have always liked the mystery of Jack the Ripper and From Hell takes a specific look at the Jack the Ripper mythos.  Johnny Depp is Inspector Fred Abberline, a drunken and high detective determined to hunt down Jack.  The theory tossed out by From Hell is out there, but it actually has had some traction.  From Hell is of course what was listed on one of the letters that Jack reportedly sent to the police to taunt them about his murders.  Some believe that the From Hell letter is the only real letter.  I enjoyed this movie quite a bit.

#6.  Scott Pilgrim vs. the World.  This movie should have been a massive hit, but, for some unknown reason, it just never found its audience.  Those who have seen it, love it, but the film did not find its wide audience.  There is a great cast with Michael Cera, Mary Elizabeth Winstead, Brie Larson, Chris Evans, Kieran Culkin, Anna Kendrick, Bill Hader, Brandon Routh, Jason Schwartzman, Aubrey Plaza among others.  Fun.

#5.  Snowpiercer.  Here is the second appearance of Chris Evans on this list as the sci-fi classic, Snowpiercer, makes it way onto the list.  Chris Evans really showed that he could be more of a star than just Steve Rogers.  The film was extremely high concept science fiction with the train that traveled continuously through the dangerous cold temperatures of the dystopian future.  I have only seen this once, but I really should revisit it since I know that this is the type of movie that you are going to see things that you missed the first time. 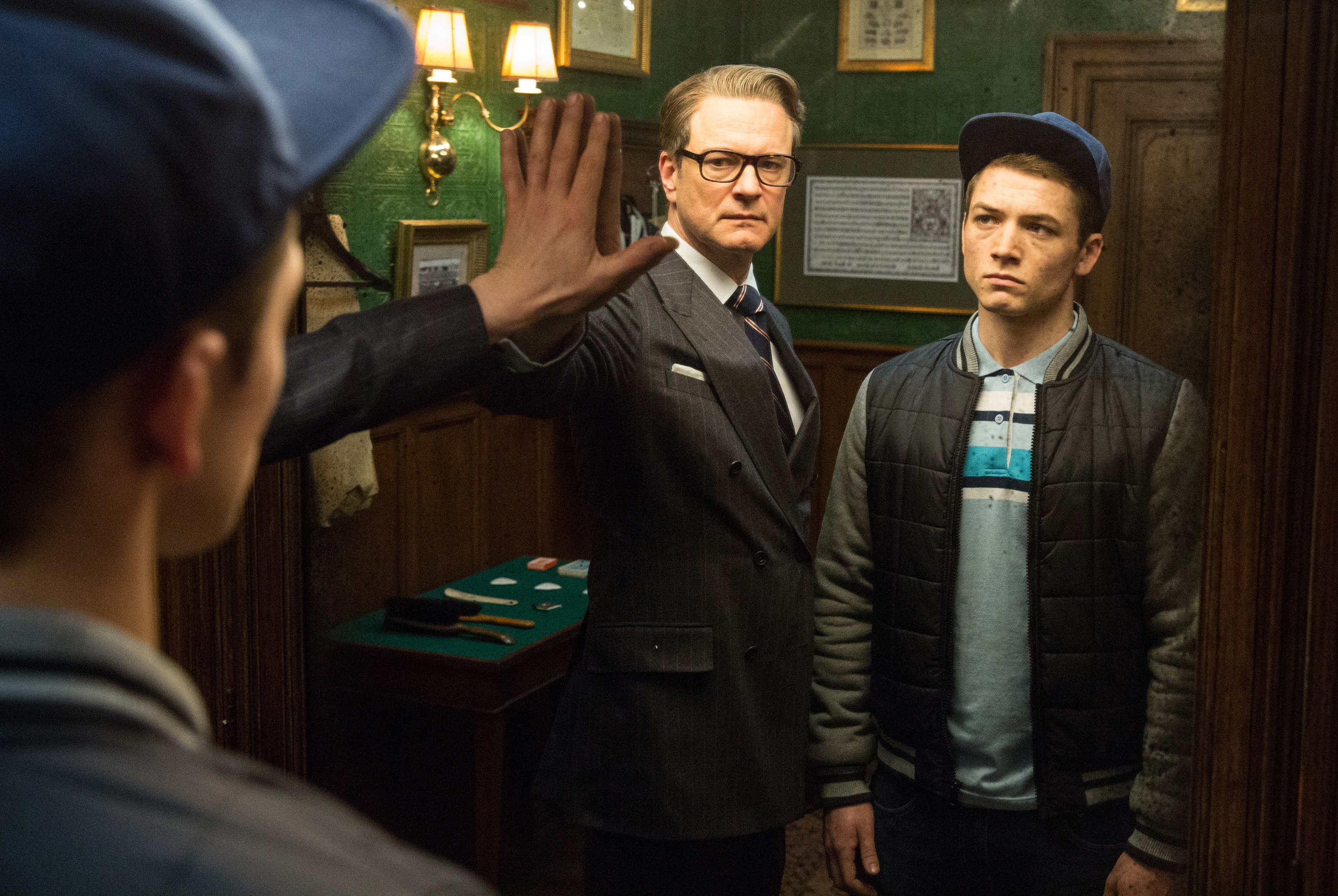 #4.  Kingsman: The Secret Service.  This was another surprise and I really found this movie to be fun.  The young Taron Egerton and Colin Firth have unbelievable chemistry as mentor -student.  And the church scene, with Lynyrd Skynryd’s Freebird playing behind it, is one of the greatest and most violent movie scenes of all time.  Fantastic.

#3.  Watchmen.  Who watches the Watchmen?  Well, not as many as you thought.  I always enjoyed Watchmen and I did not understand the negative responses to the movie.  I had not read the classic Frank Miller graphic novel before seeing the movie and that might have kept me from finding the negatives others could see.  I loved Rorschach.  I loved Dr. Manhattan.  The film looked great.  I thought the story was awesome.

#2.  V for Vendetta.  Remember, remember the fifth of November.  The gunpowder treason and plot.  The film that created a new fascination with Guy Fawkes.  The introduction of V and his monologue is one of the great moments of the movie.  Of course, the creator of the graphic novel, the legendary Alan Moore, was not a fan of the movie and rallied against it.  Even still, I thought it was tremendous.

#1.  Sin City.  One of the best adaptation of a graphic novel to the screen, there are scenes taking exactly from the page of Frank Miller’s classic graphic novel.  The story is told in several parts with a fantastic cast that included Mickey Rourke as Marv, Bruce Willis, Jessica Alba, Rosario Dawson, Clive Owen, Powers Boothe, Michael Clarke Duncan, Benicio del Toro, Elijah Wood etc.  Sin City is as stylish as any film you’ll see with great use of black and white and comic book-like coloring.  And a classic quote…”Is that the best you can do, you pansies?”

Honorable Mentions:  There were several others that I considered, but honestly, they were all fighting for that final spot.  The Mask was one that I thought about, with Jim Carrey.  Brandon Lee’s The Crow nearly sneaked on the list.  There was Wanted and Red which kind of blend together in my head (though Wanted is another Chris Evans movie).  As I said, I had placed Edge of Tomorrow down once, but decided to eliminate it on principal.  And John and Matt had cut out the animated films or else we could include The Dark Knight Returns Part One and Two, the adaptation of the classic mini series.  I had not seen Road to Perdition in a long time and is probably one that I want to see again as a re-watch.