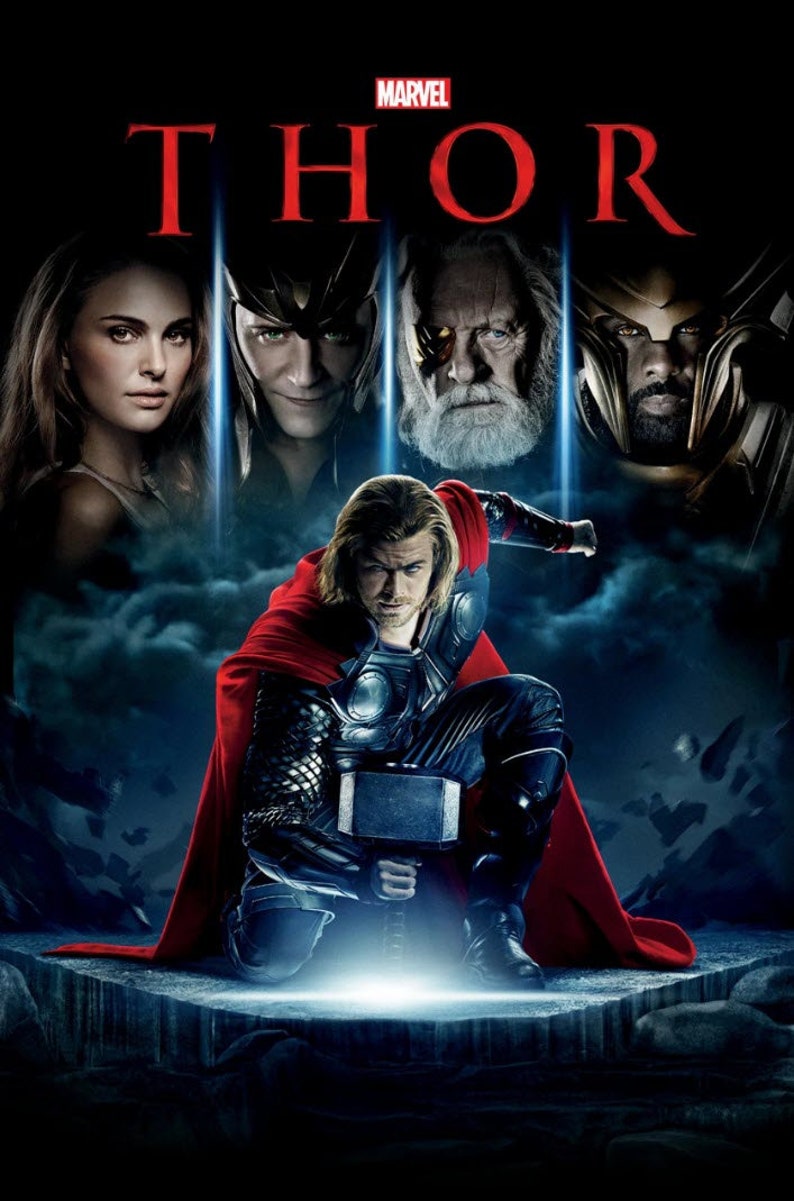 The next film of the EYG MCU Rewatch is one of the biggest risks the MCU took.  After a hugely successful Iron Man, a fun-if-not-successful Incredible Hulk, and a messy Iron Man 2, Marvel Studios had their next tentpole film Thor.

Thor was a character that was not very well known and was going to be a difficult translation from the comic page to the cinematic screen.  Again, had this film flopped, the entire tapestry that was being laid out would have been in danger of unraveling.

Instead, the film, directed by actor/director Kenneth Branagh, was great and worked beautifully.  And this was another step in the direction of the formation of the Avengers.

The best thing that this movie did was the casting of two of the main characters.  In the great history of casting for the MCU, there were some early missteps.  The casting of Chris Hemsworth as Thor and Tom Hiddleston as Loki were as perfect of a casting job as could be.  No one could have played Thor and his half-brother Loki better than Hemsworth and Hiddleston.  The chemistry between them was off the charts and they were the personification of the characters they were playing, portraying the complex and difficult relationship between them.

The fantasy elements of the story worked very well, and showed the strength of Kenneth Branagh as a storyteller.  They also fit surprisingly well inside the MCU, which up to this point was a world bathed in technology over magic.  The movie Thor seamlessly blended the two together.

Not that everything worked perfectly in Thor.  Jane Foster, played by Natalie Portman, was a disaster.  She did not have the chemistry with Hemsworth that she needed and turned into a damsel in distress.  Portman did not ever fully embrace that role and it was severely under written.  The Thor/Jane Foster dynamic was far below the Tony Stark/Pepper Potts relationship and was the second relationship in a row (Banner/Betty Ross) that did not work.

Sir Anthony Hopkins appeared as Odin in a wonderful bit of casting.  Idris Elba was overlooked as Heimdall.  Rene Russo was Lady Frigga, Thor and Loki’s mother, but she was a small part.  The Warriors Three and Lady Sif (Jaime Alexander) are never really developed.  Agent Coulson continues to be the glue that holds these films together.

In the end, it really comes down to the Thor-Loki dynamic and, because of that, this film works so well.  It introduces us to Thor and sends us on the path toward The Avengers.  The character of Thor goes through a strong character arc and will become even deeper over his subsequent film appearances.