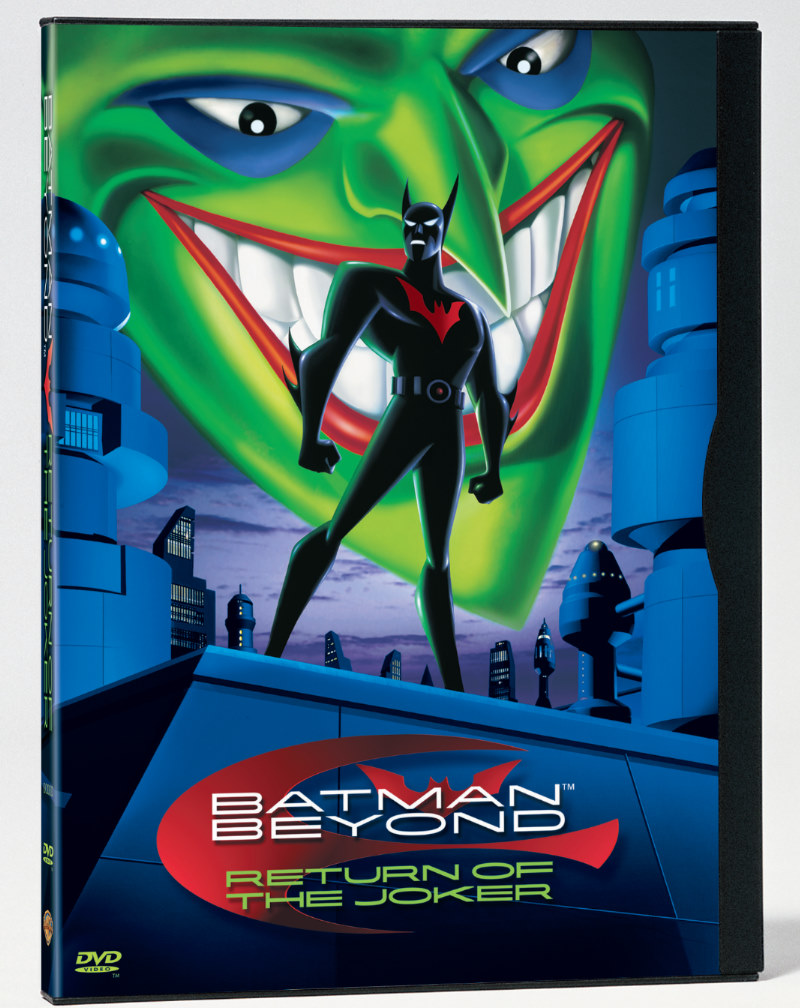 The end of July Binge-watch continues with one of my favorite animated Batman films that I have ever seen.

They had created a new animated series called Batman Beyond, where a young kid named Terry McGinnis becomes a new Batman and old man Bruce Wayne helps him through.  The classic Batman voice, EYG Hall of Famer Kevin Conroy, returned as the old man and there were some great futuristic Batman episodes.  The show was successful and led to this full length animated version.

And how better to up the ante with our Batman Beyond than to bring back the Joker, with his own iconic voice, Mark Hamill?

This is such a great adventure, but it takes it to another level because the film weaves together a real emotional story to bring the Joker into the future.  It is a way that messes with Bruce, Commissioner Barbra Gordon, and Terry.

I would even go as far to say that the flashback the movie includes is one of the best scenes in any Batman movie, animated or live action.  The pain and anguish shown in that scene is real and what happened with Joker, Batman and Robin was forever compelling and affected all three forever.

The third act was also some of the best action, Batman vs. Joker, that you will ever see.  Terry uses the differences between his Batman and Bruce Wayne’s Batman to put himself into a position to stop the Joker.  There was a fantastic use of Ace, the Bat-Hound as well.

Batman Beyond: Return of the Joker is worth the time to watch.  It is one of my favorite Batman films, and perhaps, my number one animated version of the dark knight.