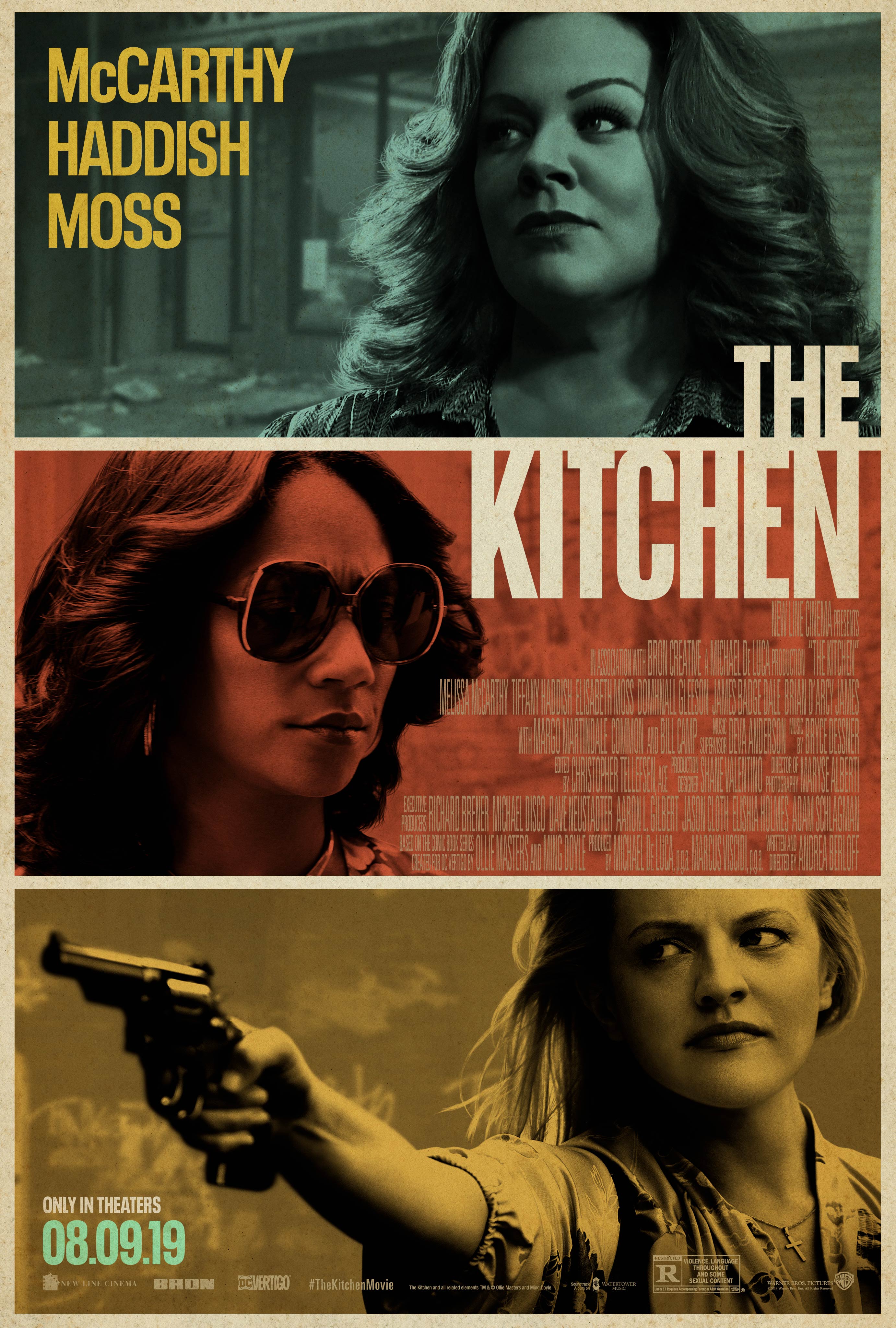 I had been looking forward to this one for awhile.  I liked the trailers so I was hopeful.  Unfortunately, this was not a very good movie.  I did not hate it, but there are way too many problems to overlook.

Melissa McCarthy, Tiffany Haddish and Elizabeth Moss play three wives of members of an Italian crime family in Hell’s Kitchen in NYC.  When the three men wind up captured and sent to prison by an FBI sting, the women decide to take matters into their own hands and fill their husbands’ shoes.

First problem was that these three women stepped into this role of mobster quickly and without much trouble.  One minute, they were wondering what they would be able to do for money with their husbands arrested and the next they are walking around to businesses in Hell’s Kitchen and convinced these people to stop paying protection money to Little Jackie (Myk Watford) and start paying to them.  The businesses did it as easily as if they were changing long distance providers.

Elizabeth Moss hooked up with psychotic killer played by Domhnall Gleeson and she went from shaky abused wife to cool hand killer in a few scenes.

I did like Melissa McCarthy, both her acting performance and her character.  She felt like the most developed of the three, although that may simply be the fact that she was a mother.  She turned to the life of crime very quickly however.  The three of them became criminals immediately, dumping bodies in the ocean, knocking off rabbis, and everything.  There was no second doubt about their actions, going from law abiding women to law breakers for money did not give the audience much reason to support these characters.

The storylines fly by with little to no development.  Things happen without explanation.  Other mob bosses get involved and they seem to not understand how the mob works.  McCarthy says once in the film that if they get in the car and go to Brooklyn, they are dead.  However, that could not be further from the truth as they meet with Alfonso Coretti (Bill Camp) and they have the most friendly and cooperative meeting ever.

The finale of the film was downright dumb and anti-climatic.  There were so much that they could have done, but what they ended up doing was so silly that it bordered on the ridiculous.

The Kitchen was based on a DC Vertigo series.  I had never read it and nor do I plan on it after seeing this movie.  As I said, I did not hate this as much as most critics did, but it is not one you should worry about seeing.