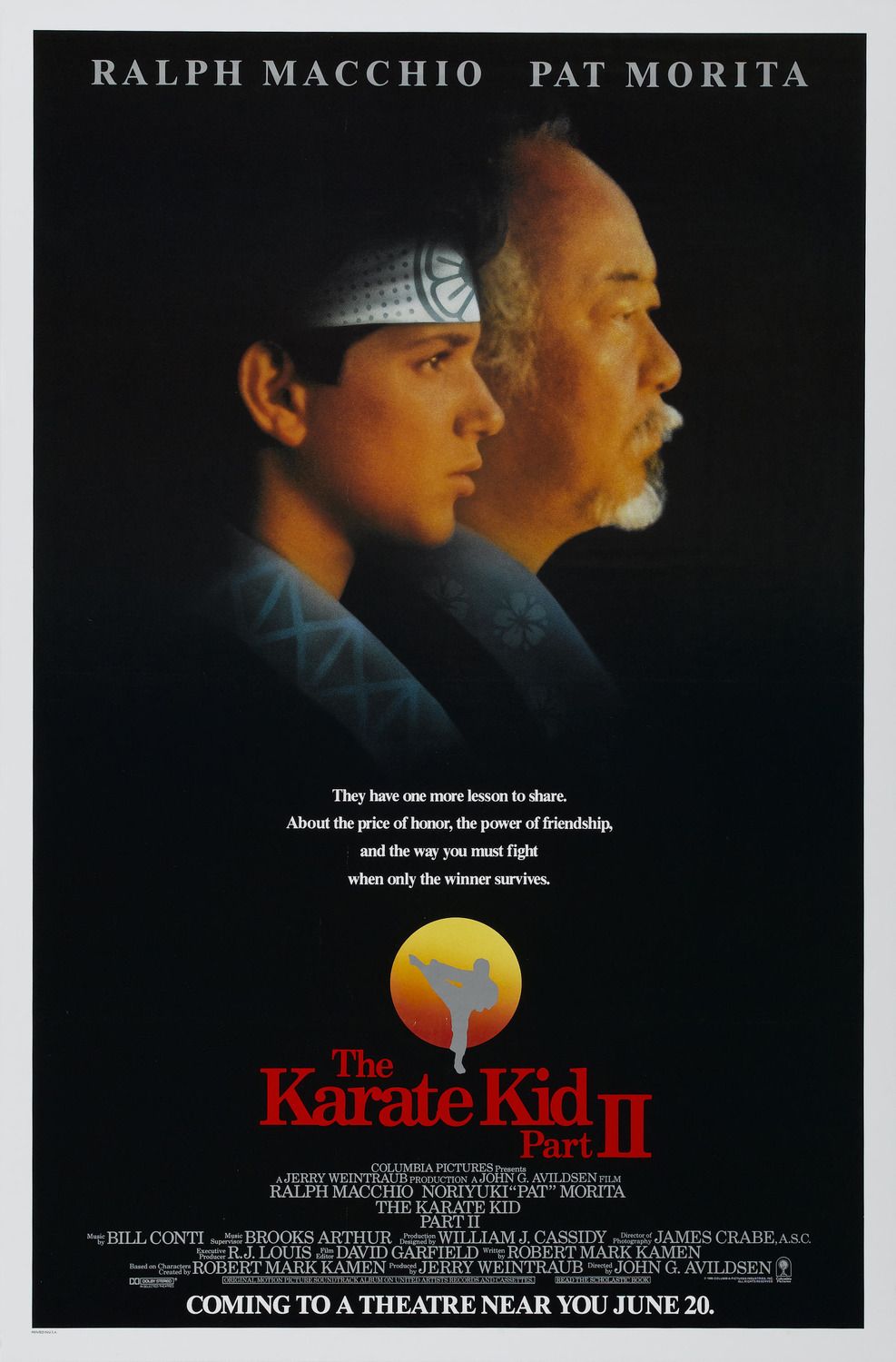 I love this movie.  It is probably my favorite of the Karate Kid movies.  At the very least, it is even with the original.  I saw a low Rotten Tomatoes score of this and I was shocked.  I love the film.

Mr. Miyagi (Pat Morita) received bad news from his home in Okinawa about his father.  So he and Daniel (Ralph Macchio) took off for the Orient.  Unfortunately, trouble always follows them and an old rival of Miyagi was still present and waiting to regain his honor, by fighting Miyagi.  However, fights in Okinawa are not three point and you win.  Fights in Okinawa are to the death.

The film tapped into the past of Mr. Miyagi effectively, creating a reason for the man to leave his life in Japan and head to America.  The love triangle between Miyagi, Sato (Danny Kamekona) and Yukie (Nobu McCarthy) was basically background information to bring everything into the current day.  However, Daniel was not out of trouble either as Sato’s nephew Chozen (Yuji Okimoto) turned out to be a psychotic jerk and caused Daniel problems at every turn.

Watching this movie, I realize why I love it so much.  I love a hero, especially one that is willing to fight the right way and sacrifice for others.  I have always loved Peter Parker because Spider-Man was always out to save people.  He would even save the lives of the villains trying to kill him.  I found that to be admirable and heroic as can be.

Daniel falls into the same category as Peter.  Daniel goes out of his way to help people.  The scene with the hurricane when Daniel climbs up the ladder to save the little girl ringing the warning bell just reeks of heroism.  Daniel’s huge fight at the end with Chozen highlights how much of a hero this young character is.  He is willing to step across the bridge and fight this crazed man who wants to kill him just to save the life of Kumiko (Tamlyn Tomita).  He would have done it for anyone.

The song from Karate Kid Part II, Glory of Love by Peter Cetera, says “like a knight in shining armor from along time ago” and that could not describe the heroism of Daniel Larusso better.

Add to that the fact that I saw this in high school and the tension was tight for me.  I remember watching that final scene for the first time and really being scared for Daniel.  I know now that he was never going to die, but I was younger then and I did not know what was going to happen.

This was the peak of the franchise for me (though Cobra Kai is great too) and I enjoyed it on rewatch every bit as much.