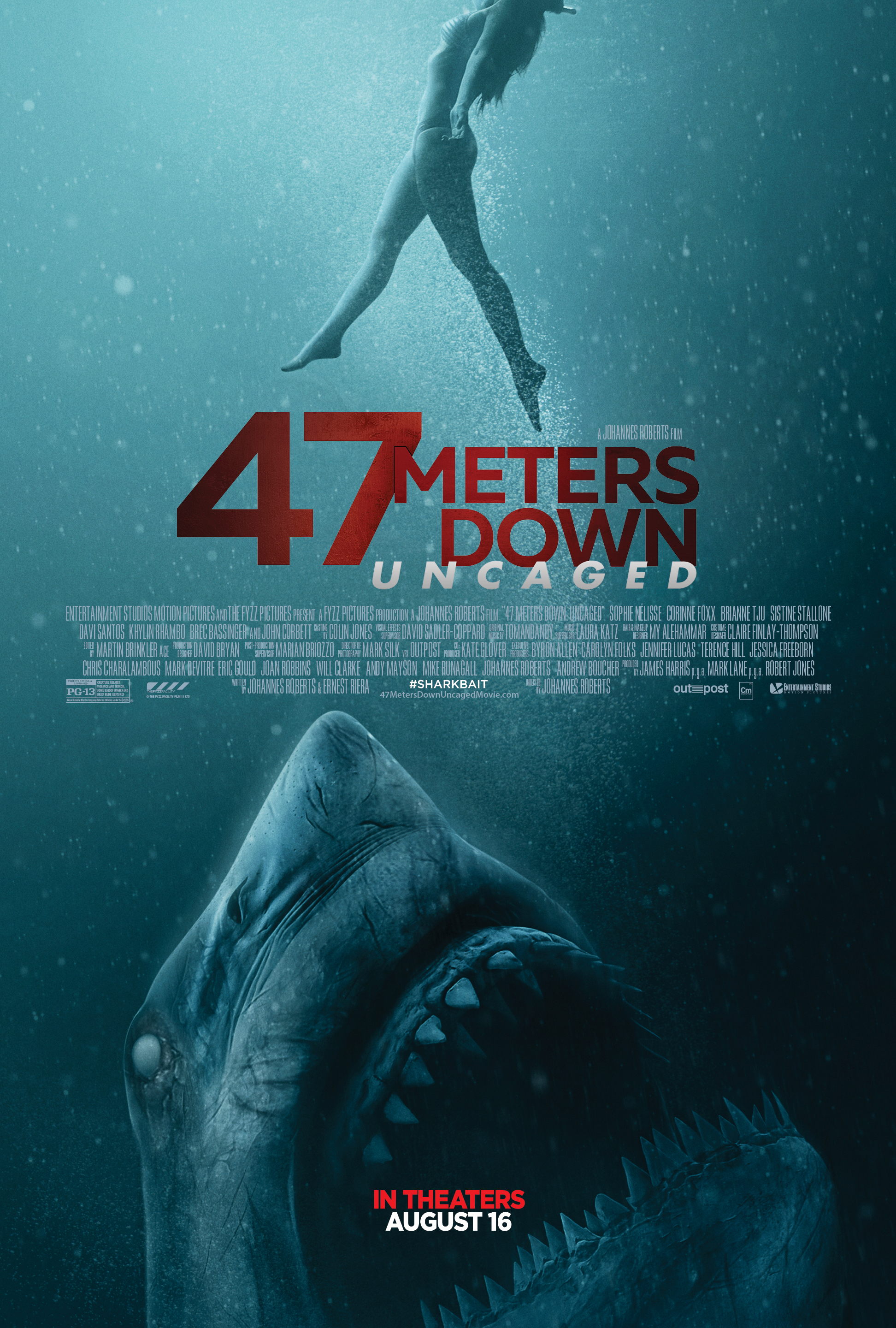 I have always enjoyed good shark movie and I might give a bad shark movie more leeway than other movies receive.  I did not like the original 47 Meters Down at all so this one already started off behind the eight ball.

47 Meters Down: Uncaged is better than the original.  There are still lots of issues with the movie, but, in the end, I had a decent time in the theater watching this one.

Step-sisters Sasha (Corinne Foxx) and Mia (Sophie Nélisse) go with some friends scuba diving into a pond that leads into an underground Mayan city.  While there, the girls find themselves cornered by a deadly species of Great White Shark and they struggle to survive and escape before they are eaten or their air runs out.

The best part of the film is the tension created by the sharks.  There are some very strong moments of anxiety built by the sharks.  The four girls are reasonably engaging.  Sasha is played by Jamie Foxx’s daughter Corinne and another of the girls is played by Sly Stallone’s daughter Sistine Rose Stallone.  Nia Long was the fourth of the girls involved.

John Corbett appears in the movie as Mia’s father, who is the head investigator on the underground city and how the girls knew about the city.

There were a couple of surprises too, which was nice for the film.  There were some deaths that I did not expect.

The sharks themselves looked pretty good, but the rest of the filming under the water was not great.  It was really dark and difficult to see anything that was happening.  With the girls in their scuba gear, it was very difficult to know who was in danger at any certain time.  The camera was not very steady either.  The visuals were very dark and unappealing.

And, of course, many of these characters do stupid things, which is a horror film trope that is very annoying.

The ending of the film is both ridiculous and, strangely, stupidly fun.  The film does not pretend to be anything more than this and it works for the most part.