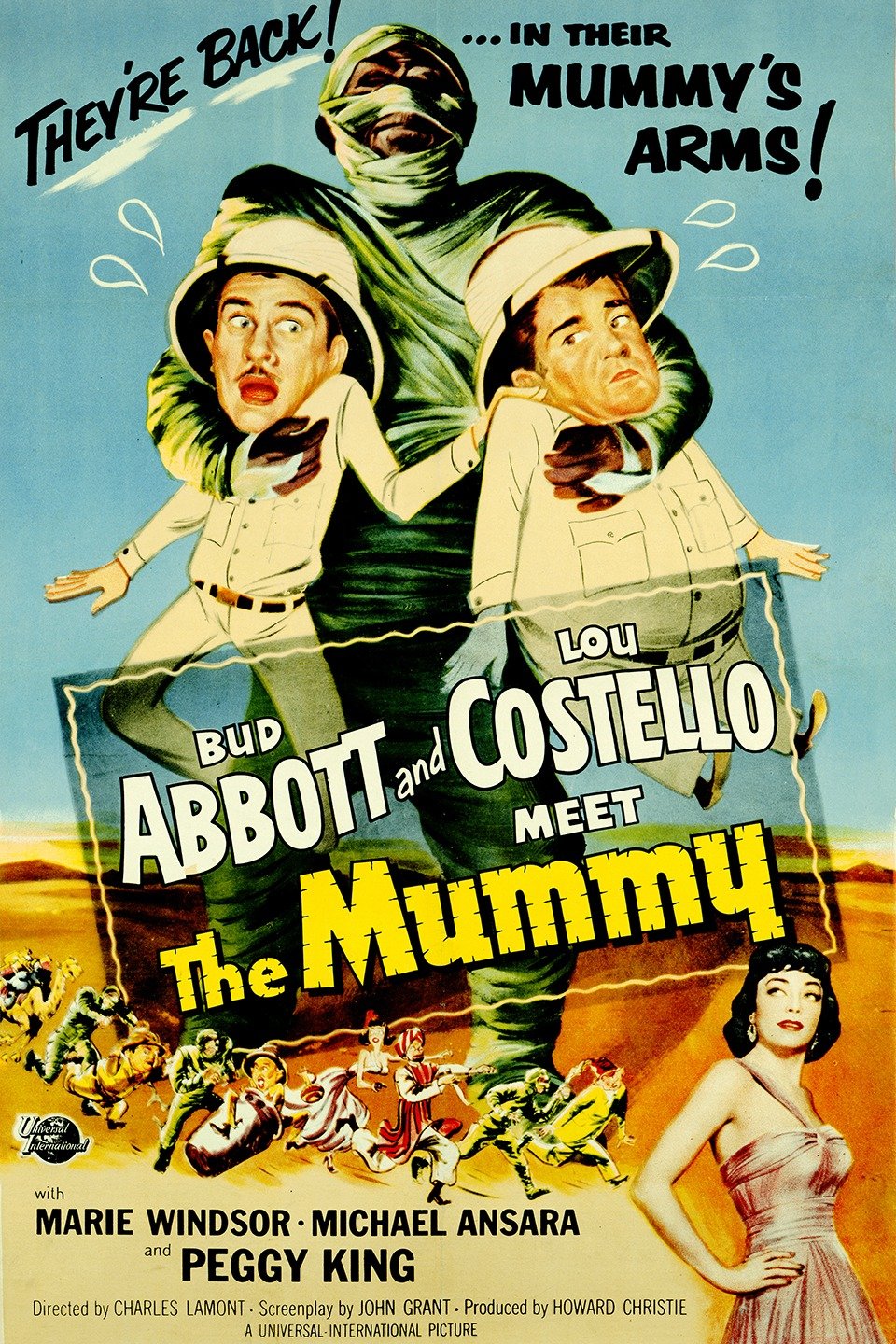 After the frightening horror of The Texas Chainsaw Massacre, I was ready for a change in the October Horror Binge.  So I went back to a couple of old friends:  Abbott & Costello.  This time, the comedic pair are meeting up with the Mummy.

The final of the Universal films featuring Bud Abbott and Lou Costello meting up with Universal monsters.  They had met Frankenstein, the Invisible Man and then the Mummy.

The film contained all of the typical Abbott and Costello bits, including a take on the famous “Who’s on First” routine using the word “Mummy.”  Another bit that made its way into many Abbott & Costello films was Lou seeing something, being scared, running to Bud only to have the thing disappear by the time they returned.  It was a routine they did regularly, and it appeared here many times.

In fact, the repetition shows how the duo has started to slip.  The comedy of Abbott & Costello was losing steam after a long stretch of success and in Abbott & Costello Meets the Mummy, you can see the strain.

And yet, looking back there are funny moments.  I have loved Bud & Lou for years and this, albeit not their strongest work, was a nice palate cleanser after the insanity of Texas Chainsaw Massacre.