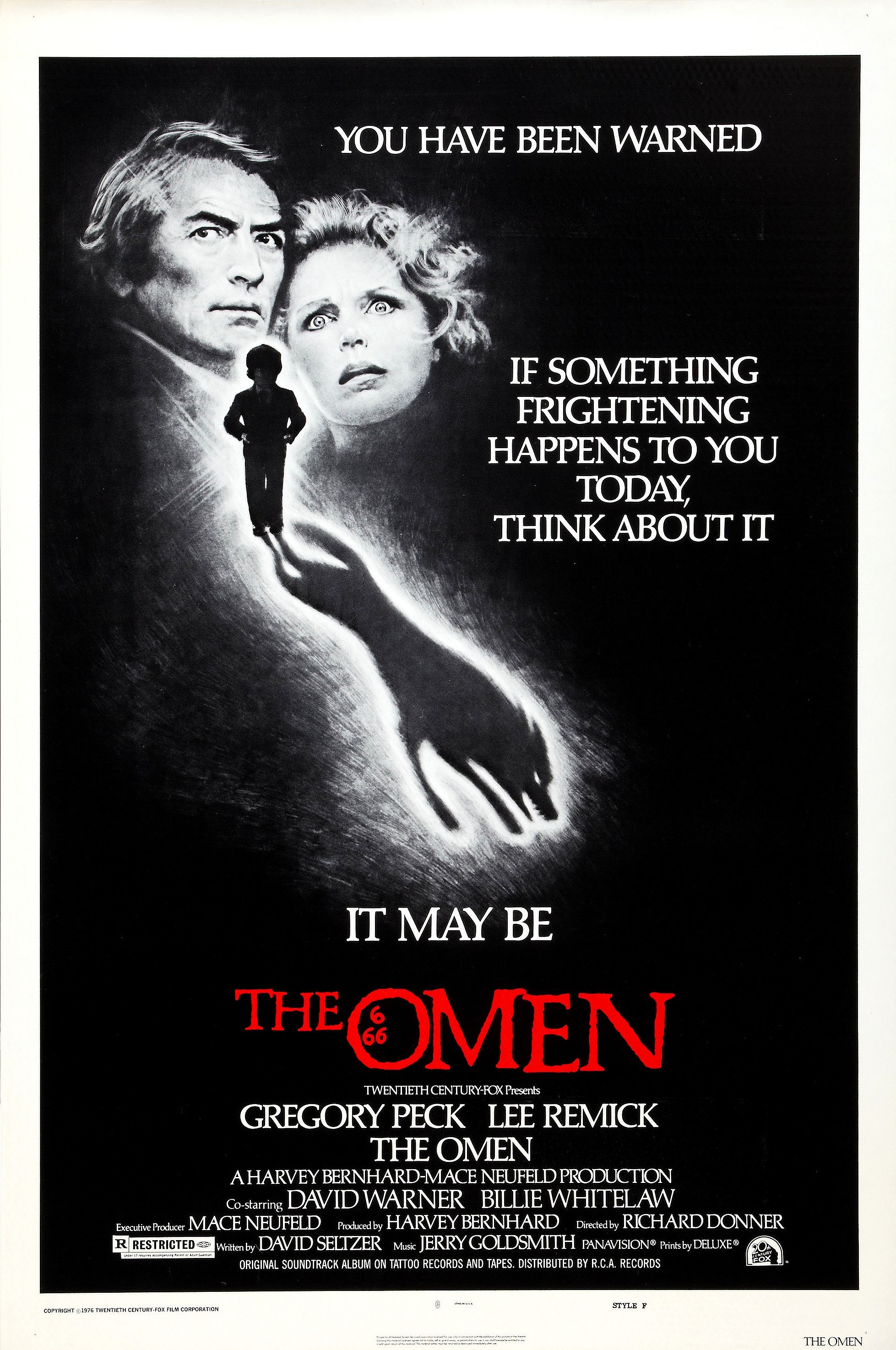 With October coming to a close quickly, the October Horror Binge will conclude soon as well.  So this morning I watched another of the horror classics from the mid 1970s, The Omen.

Gregory Peck brought his all to the role of Ambassador Robert Thorn, whose wife Kathy (Lee Remick) gave birth to a stillborn child.  A priest named Father Spiletto (Martin Benson) brought Thorn another child whose mother had died in childbirth and gave him to Thorn to raise in place of their lost son.  His wife would never need to know.

It does not take long to find out that the boy, Damien (Harvey Stephens), is more than just another young child.  He is evil incarnate. He is the son of the devil.

The Omen is an iconic horror film that has been an inspiration to many films since.  This is the film that helped create the sub-genre of horror known as evil children.  Think of all the evil children movies over the years and wonder where they would be if not of The Omen.

Gregory Peck is exceptional in this movie and helps bring a credibility to the project.  He plays this completely serious and that helps what could have been a silly storyline elevate into more than that.  And much depended on the performance of Harvey Stephens to pull this off and he is tremendously eerie and creepy as the Anti-Christ child Damien.

The film is excellent at creating the tone and mood that will have audiences on the edge of their seat, despite a relatively slow build to this point. Jerry Goldsmith’s score is very effective in building that tension and of punctuating each moment with emotion and energy.

The ending of the film is every bit as chilling as any horror film you will see.

The Omen is one of the greats in horror genre.