Welcome back to the EYG Top 10 list.  It has been a few weeks since I have done a list following the Top 10 Show because their topics were ones that I would have had trouble filling out.  However, this week’s topic is one that was easy to find ten films to include.  In fact, there were way more than 10 films that fit here.

In honor of the release of Dr. Sleep this weekend, EYG Top 10 Movies Based on a Book is the topic and this was the first week where the guys returned to Collider and would have their show on camera.  While their video is available only to the Patreons until next week, it is great to see the guys back on video.

Because there was so many choices, I had to eliminate some possibilities.  Those films based on a novella (such as Stand By Me, Shawshank Redemption) or short stories (2001: A Space Odyssey, The Fly, Minority Report) were eliminated as was those based on graphic novels (Watchmen, Dark Knight etc).

It was a tough list to compile and I have several that were not mentioned by Matt and John, including my number one. 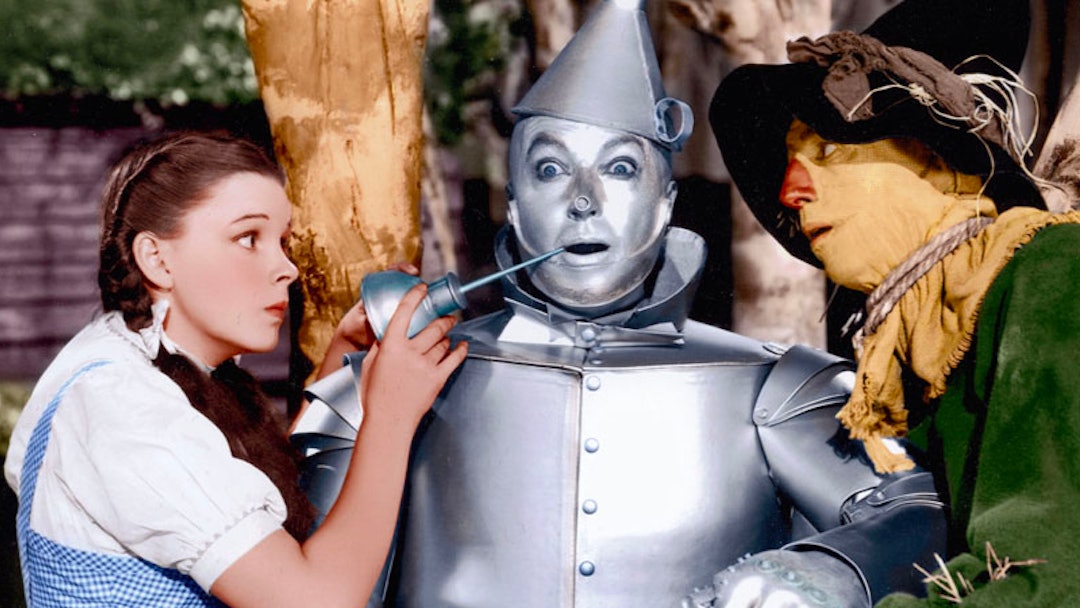 #10.  The Wizard of Oz.  The classic 1939 movie based on the novel called The Wonderful Wizard of Oz by L. Frank Baum, published in 1900.  The story of the young girl, Dorothy Gale, and her magical transportation to Oz, where there are witches, Munchkins, and bright, glorious color.  One of the greatest movies that I would watch on TV every time it was on when I was a child.  Great music, great storytelling, great characters.

#9.  Lord of the Rings: The Two Towers.  Based on the J.R.R. Tolkien novel in the Lord of the Rings trilogy, the second film was my favorite of the movie trilogy.  This film gave us Gollum and Treebeard. It gave us one of the greatest epic battles in movie history with the Battle of Helm’s Deep.  And it was way more than just a middle installment.  I was totally engrossed with every storyline that the film was giving me.

#8.  The Shining.  Of course, this one was a book by Stephen King.  It was sad that King was not a fan of what Stanley Kubrick did with the novel, because I think this film is just tremendously brilliant.  The mood of this piece was so tense that you could barely handle it.  Jack Nicholson was amazing and frightening at the same time.  Watching this man descend into madness within this haunted hotel is just a trip.

#7.  The Silence of the Lambs.  Based upon the novel by Thomas Harris of the same name, The Silence of the Lambs is a psychological thriller with some of the greatest performances you are ever going to see.  Sir Anthony Hopkins brings so much horror in Dr. Hannibal Lecter and Jodie Foster is the opposite balance of him as FBI agent in training Clarice Starling.  Don’t sleep on a terrifying performance of Buffalo Bill from Ted Levine.  An all time classic. 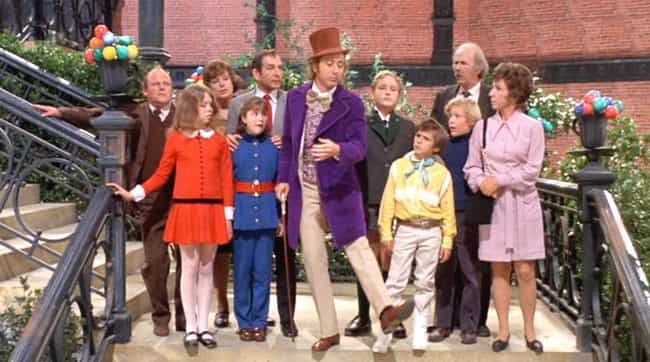 #6.  Willy Wonka and the Chocolate Factory.  Based on the book Charlie and the Chocolate Factory by Roald Dahl, Willy Wonka is one of the most charmingly wonderful films of the 1970s and one of the best performances from Gene Wilder as the weird and somewhat sinister candy man.  There is a good argument that can be made that Willy Wonka is the true villain of this film.  There is so much depth and intelligence in this movie and the music is perfection.  “A little nonsense, now and then, is relished by the wisest men.” 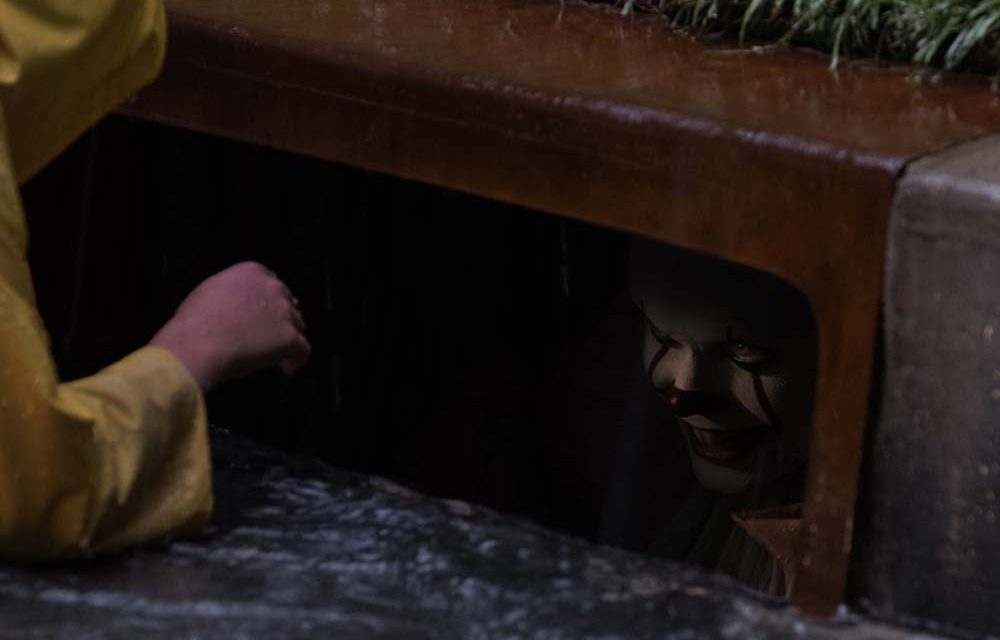 #5.  It (2017).  Based on Stephen King’s epic book, the first part of this film was one of my favorite films.  Unfortunately, It Chapter Two did not reach the same levels (it’s okay, just not as great) but the first film was a triumph.  The group of kids in this film really brought the goods and Bill Skarsgård properly filled the shoes (and even exceeded them) of Tim Curry from the TV mini-series.  Pennywise was frightening and the kids were so real and enjoyable.

#4.  Psycho.  Alfred Hitchcock’s classic film was based on a novel of the same name, written by Robert Bloch.  Psycho was a challenge for Hitchcock to get made and he went out on a limb to get it done, and now it is seen as one of, if not, his greatest work.  The shower scene was shocking, not only for the execution of it, but also because they killed off their female lead in the first half of the film.  Unbelievable.

#3.  Die Hard.  Die Hard is Bruce Willis’s superstar performance in one of the greatest action movies of all time.  Die Hard was based on the novel Nothing Lasts Forever by Roderick Thorp.  John McClane arrives in LA to come to his wife’s Christmas party at the Nakatomi Plaza on the day there is a major robbery planned from Alan Rickman’s Hans Gruber (one of the greatest villains in movie history).  Die Hard shows the battle of the everyman fighting against all odds.  One of my favorite movies of all time. #2.  Jaws.  Absolutely love this movie.  Steven Spielberg’s classic was based on the novel of the same name by Peter Benchley.  There are so many iconic moments in this movie and it draws you in slowly.  You don’t see the shark much in the first couple of acts of the film, and that is just a fantastic plan.  Sure, it was done because they did not have the shark working the whole time, but that was such a lucky accident because it forced the creators of the film to make due.  Great performances and the scene about the Indianapolis is one of the best monologues ever.

#1. The Princess Bride.  Before Avengers: Endgame, The Princess Bride was my far and away number one movie of all time.  Now, it is tied.  William Goldman wrote the screenplay based on his own book of the same name and he created one of the most epic comedies ever.  I love this film.  There was amazing cast and it is undeniably quotable.  I could watch The Princess Bride any time and any day.  Westley and Buttercup.  Inigo and Fezzik.  Rob Reiner’s classic should never be remade.

Honorable Mentions: There are a bunch of these.  I did not include The Godfather even though it is considered one of the greats of all time.  I enjoyed that film, but I have plenty of films above it.  Field of Dreams is based on the book called Shoeless Joe.  I did not include Dr. Strangelove since it was “loosely” based on a novel.  Schinder’s List told an amazing tragic true story.  Casino Royale rebooted the James Bond franchise.  There are several Harry Potter movies that could fit, especially The Prisoner of Azkaban.  Jurassic Park was another film I considered.  There is Misery, which is yet another Stephen King book. There are other King films such as Carrie or Pet Sematary.  There are several more, but, we’ll stop there.