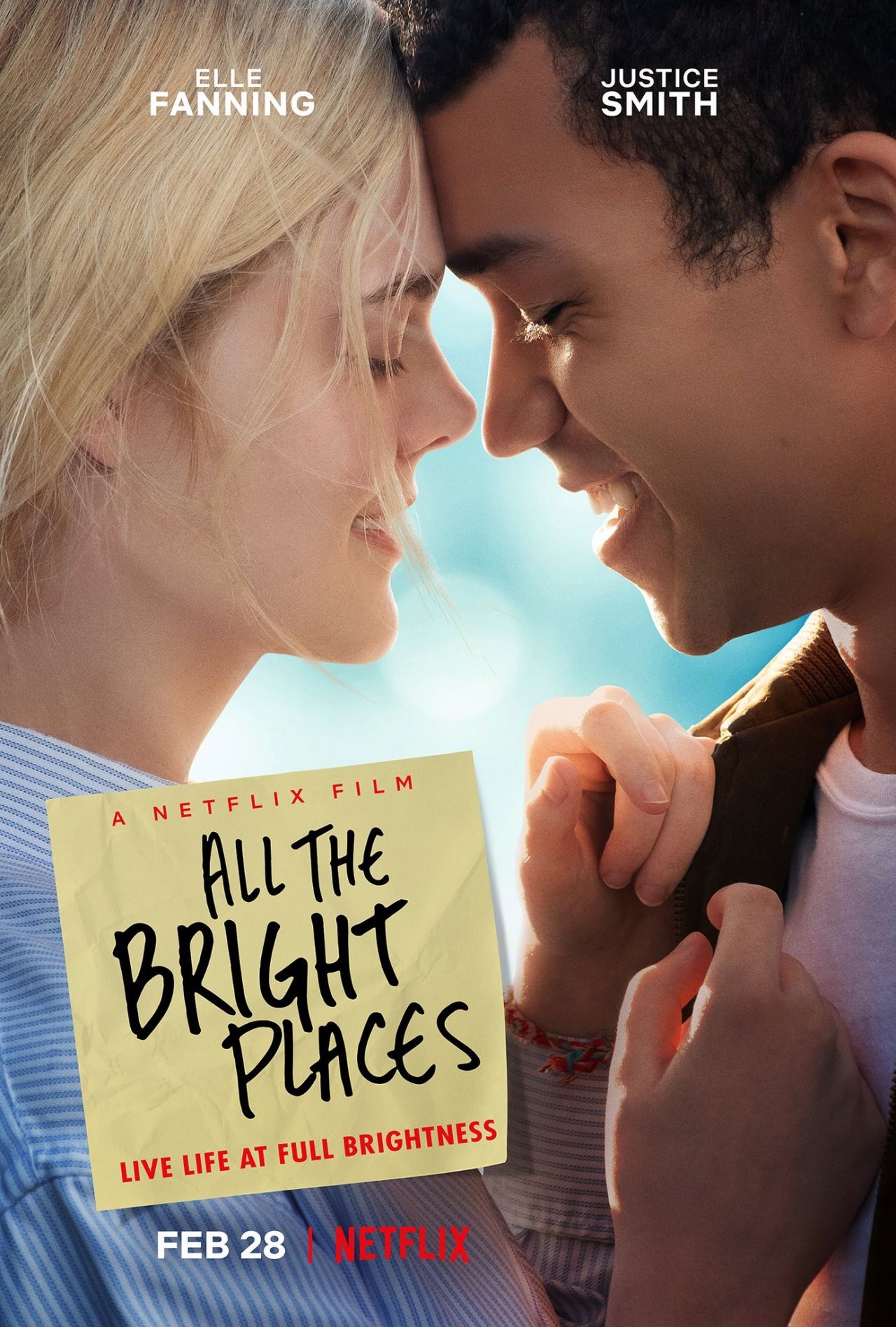 This one is better than the last one.

All the Bright Places is a coming-of-age/teen drama movie featuring Elle Fanning and Justice Smith and it is based on an international bestselling novel by Jennifer Niven.

Theodore Finch (Justice Smith) is out running one day when he comes across Violet Markey (Elle Fanning) on the edge of a bridge.  Stopping, he brings her back from the edge and they eventually begin a relationship.  However, there are problems because Finch has his own baggage from a childhood of trauma.  There are some serious mental health issues on both sides of this relationship and yet they seem to find the best in each other.

The story itself is only average.  The two of these characters are quite inconsistent through much of the film and, while that could be a trait of the age, it does not help us connect with them.

However, both Elle Fanning and Justice Smith are charismatic and charming.  They share a great chemistry and fill the screen with the power of their personalities.  You connect with them considerably more because of the actors playing them than the story they are playing out.

There was a bit too much melodrama in the movie for my tastes.  They bounced back and forth between the two of them for much of the run time.  Maybe that is the point, but it feels as if they left too much out from the story of these people.

I have not read the book, but I wonder if it provided more of a opportunity to understand who these characters were and why they acted the way they did.

Still, this was a fine film, if for nothing more than the performances of the two lead actors.