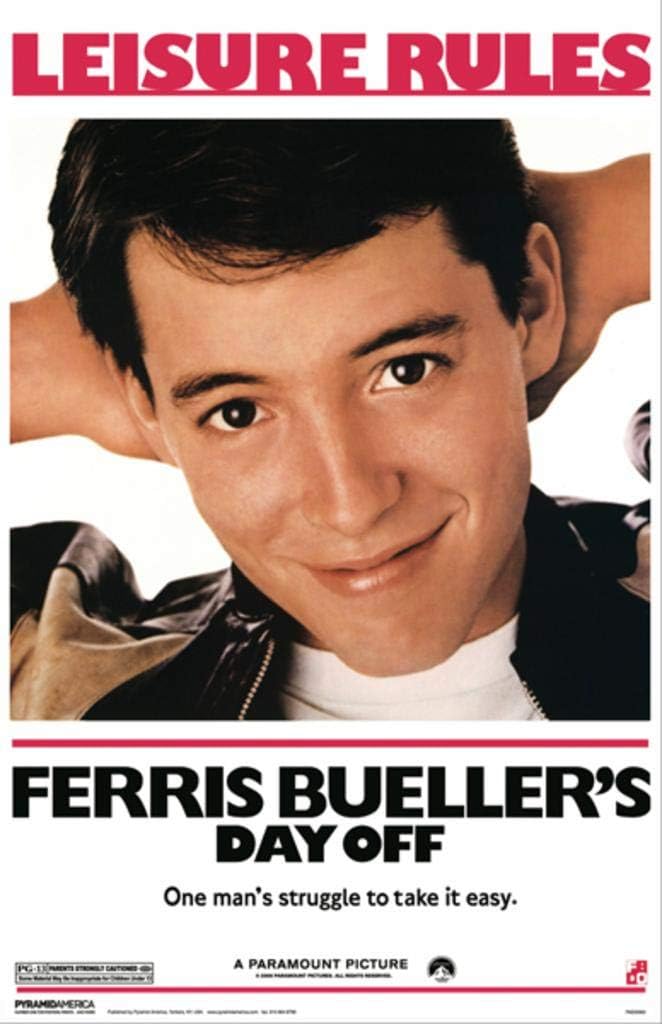 Next up on the Social Distancing Binge-A-Thon today is a 1980’s classic from director John Hughes, Ferris Bueller’s Day Off, starring Matthew Broderick.

This was a beloved movie for me when I first saw it, but I decided that I would look at it in a different way this time.  I have heard a theory that has been going around the internet that Ferris Bueller was, in actuality, not real, that he was imagined by his friend, Cameron Frye (Alan Ruck).

This is a fascinating theory for this movie and it, surprisingly, fits very well.  I should state that I do not believe that, when John Hughes was writing and creating Ferris Bueller’s Day Off, he had this idea in his head.  However, it is one that really works well.

The idea that Cameron is the main protagonist of this movie and is the person who is always down on himself, lacking any warm or care from his parents, makes a lot of sense.  Cameron is the only character that goes through any significant growth during the film.  Ferris starts in one place and ends in that exact space, literally.  Usually there is conflict among the protagonist which leads to growth.  That only exists for Cameron.

Could Cameron be imagining this entire film as he lays in bed sick?  Could he be going through all the activities on his own after stealing his father’s car?

To Cameron, Ferris is the perfect person.  He is the person he wishes he could be.  Sloane (Mia Sara) could be the girl that he has always had a crush on.  Principal Rooney (Jeffrey Jones), who goes to cartoonish lengths to try and catch Ferris, can represent the desire for Cameron to get caught.

It also explains the mystical power that Ferris Bueller seems to have.  Cameron even says in the film that “Ferris can do anything.”  Ferris can lip sync Beatles songs, talk his way in fancy Chicago restaurants and have the entire community rally to his side, attempting to “Save Ferris.”  Much of this movie feels like a dream and fits into the idea that Cameron is inventing this all in his mind.