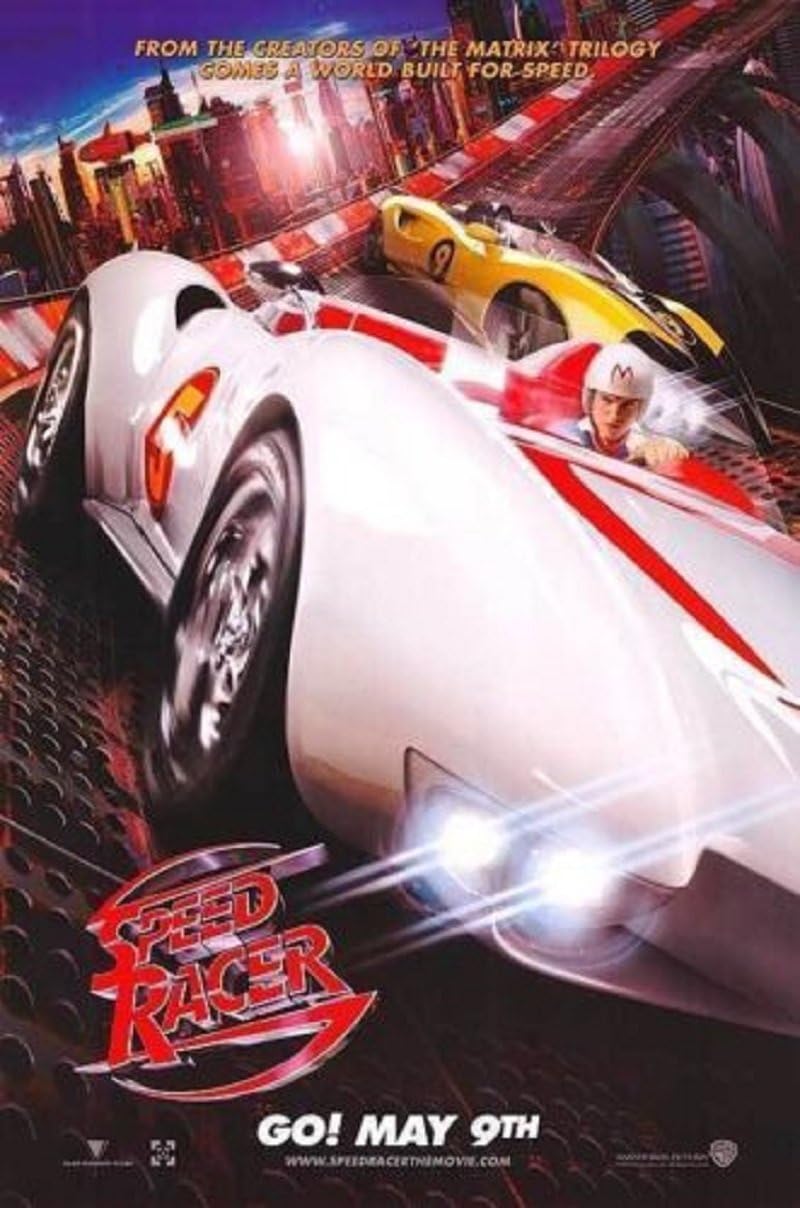 I chose to continue the Social Distancing Binge-A-Thon with a movie that I had not seen before.  It was a film that I know caused quite a bit of division among movie fans.  It was Speed Racer.  I heard many people state that they hated this movie and others who thought it was great.  The movie had 40% on Rotten Tomatoes for the critics and the audience score was 60%.  That tells me that everyone was split on this film.

I have to say that I fell on the positive side of the argument.  I was surprised at what I saw and I found myself entertained.

Was it the best movie I have ever seen?  Hardly.  But it was nowhere near as bad as I head heard either.

The early part of the movie had a ton of expedition because it was necessary to set up the world of racing that was on display here.  The story here was not the standout part of this movie.  The story itself was quite predictable.

What was standout in this film was the colorful visuals and storytelling tricks they used throughout the movie.  I am sure that this was what was the most divisible aspect of the film.  If you liked the colors and the candy-coated visuals, you probably wound up enjoying Speed Racer.  If it bothered you, you probably gave up on it pretty early.

I found it very intriguing and visually stimulating.  Now, there may have been too much of it, but that is the fact that this movie was too long.  Two hours and fifteen minutes was excessive in a movie that probably should have run no more than 100-110 minutes.  With so much on the assault for your senses, less of it would have improved it.

Another thing that pulled me out of the movie was not the fault of the movie.  It was the fact that Racer X was being played by Matthew Fox and he always makes me think of LOST and Jack Shephard.  There was a scene where the character Taejo Togokahn (played by an actor named Rain) said to Racer X, “Do not tell me what I can’t do” and all I could think of was…”I wonder if Matthew Fox was having John Locke flashbacks with that line of dialogue as I was?”  There was also Dogan from LOST, played by Hiroyuki Sanada, appearing in the film as Mr. Musha.  With all of these LOST tie-ins, I had a difficult time staying focused.  Again, that is my fault, not the film, but I’m just saying.

The film was distinctly Anime, with some imagery directly from the genre.  The colors and lines are taken straight from the style.  There was a ton of style involved in this movie.  Substance was sketchy at times.

Such as the villains.  None of the bad guys in this movie were more than your typical mustache twirlers.  I have not done a lot of reading of Anime and that might be a genre type, but they were pretty weak for this type of movie.

In the end, I thought this was going to be a movie that I hated, but it turned out to be an enjoyable time.  Too long? Yes.  Predictable?  Sure.  It had enough positives for my low expectations to be exceeded.