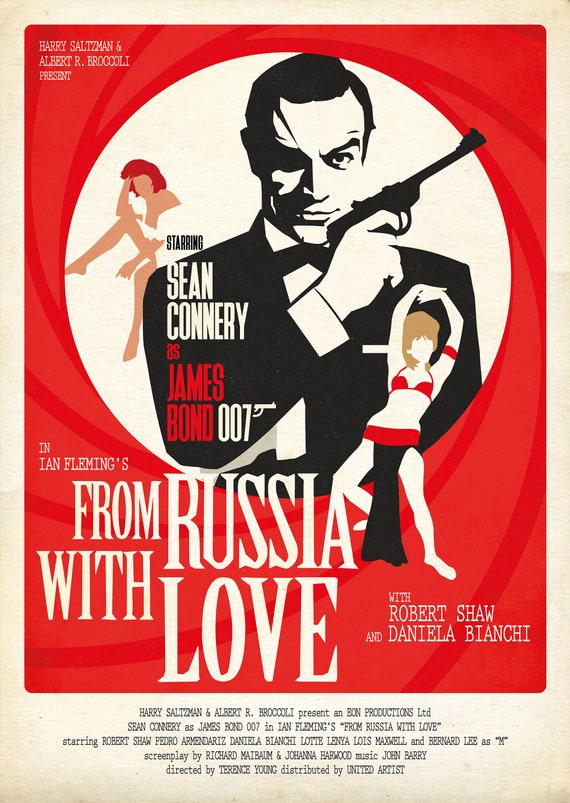 The James Bond film franchise took a step forward with the underappreciated From Russia with Love, another film based on the Ian Fleming books.

Bond (Sean Connery) is in pursuit of a Russian decoding machine, known as “Lektor,” and must gain possession of it before the evil S.P.E.C.T.R.E organization gets its hands on it.  The Russian government wants it as well and they send a spy Tatiana Romanov (Daniela Bianchi) to go undercover with Bond to get it.

The Cold War was fully underway and this spy thriller really played into the tensions in the world at the time.  It was a film that was not just a “Bond” movie, but could be considered a straight-up Cold War movie itself.

I had no idea how much the Austin Powers characters of Dr. Evil and his crew were parodies of actual characters from the Bond franchise until I saw the members of S.P.E.C.T.R.E.  Rosa Klebb (Lotte Lenya) looked to be exactly like Frau Farbissina while the character of Number One (who would eventually be revealed as Blofeld though not named here) was Dr. Evil right down to the cat he held.  Having this background makes one appreciate the Austin Powers movie more.

Back to From Russia with Love, there was a distinct Hitchcockian feel to the film, in particular the ending half of the film.  Not only did it take place on a train, which was one of Hitchcock’s preferred settings, but the helicopter at the end felt like an allusion to North by Northwest.  The inspiration from Hitchcock is what makes this film feel different than some of the other Bond movies.

This is the first time we see M (Bernard Lee) and his gadgets that play a huge role in the film.  We also get a powerhouse heavy in Donald “Red” Grant (Robert Shaw).

I was surprised how the film was more connected to Dr. No than I thought it was.  I had always pictured the Bond series as more of a one off adventure, but there was definitely continuity involved in the story as “Number One” made reference to Dr. No in this film.

This was a very well done Bond movie and should be considered one of the better installments of the franchise.