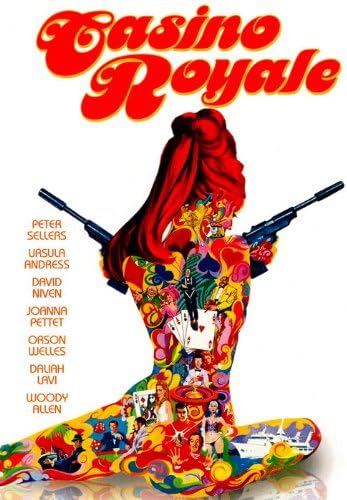 That is where my compliments end.

Out of a feeling of completism, with my James Bond franchise movie re-watch coming to an end soon (I am down to Spectre remaining), I felt the need to watch the 1967 version of Casino Royale.

I don’t know what I was thinking.

An aging James Bond (David Niven) comes out of retirement to star in a spoof comedy lacking a coherent plot or, you know, laughs.  Meanwhile superstar actors Orson Welles, Peter Sellers and Woody Allen damage their legacies with appearances in this travesty.

I don’t know if you get the idea, but I hated this.

This film had five different directors and 10 writers.  Is it any wonder why this film is the mess that it turned out to be.