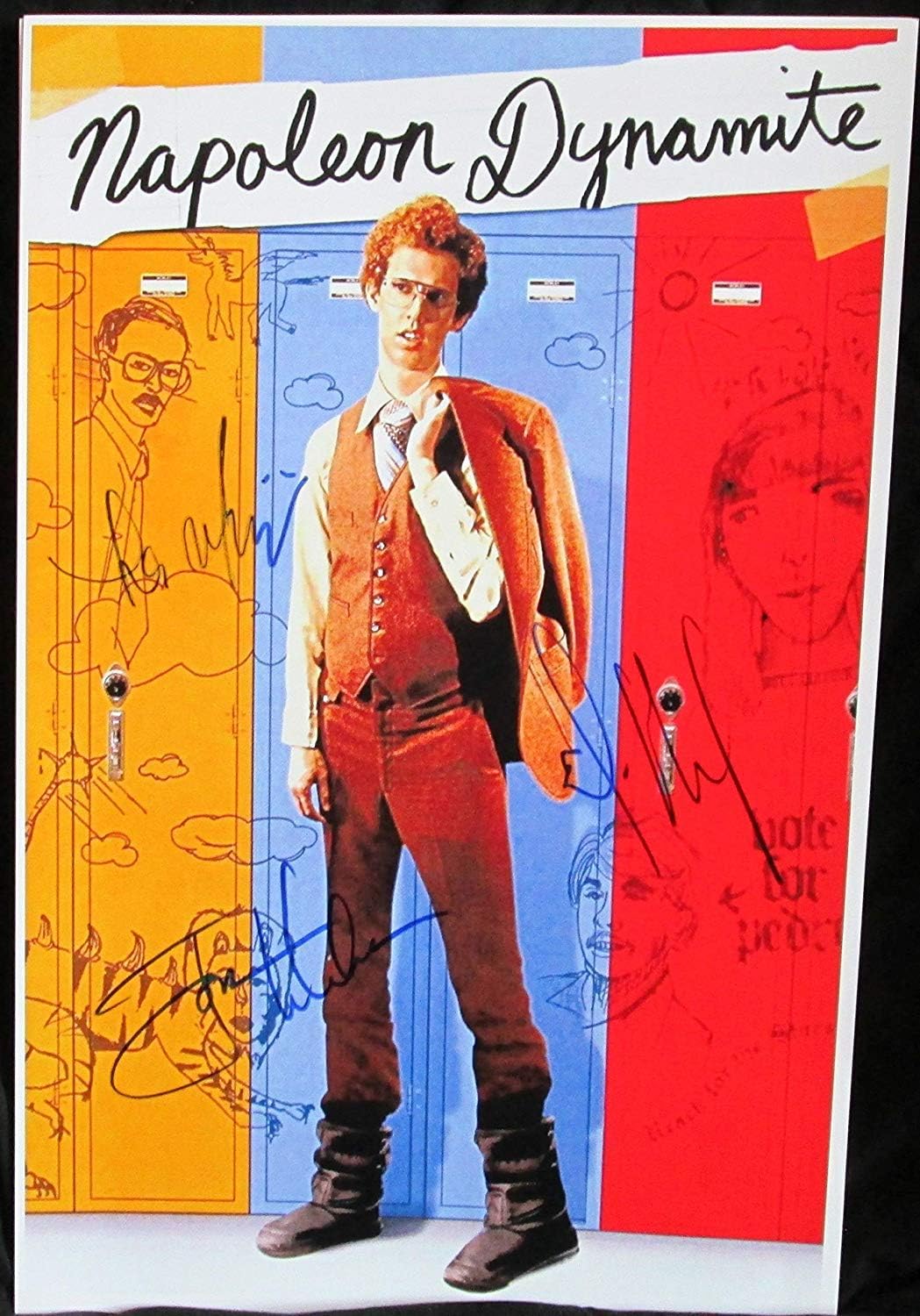 This was a film that I had not seen before and it felt as if it should be right up my alley.  I even named a character in my book Psybolt Unleashed after Napoleon Dynamite.  The movie came up in discussion with some friends earlier this week, so it went on the list.

I have to say… it was okay.

I was not blown away by it.  It was sweet and had some funny parts to it.  It is certainly quirky and unlike most movies.

Napoleon (Jon Heder) has a strange life, with a strange family.  He is totally deadpan and downright odd, and he decides to help his best friend Pedro (Efren Ramirez) in an election for high school class president against mean girl Summer (Haylie Duff).  As this is going on, Napoleon continues his weird world including trying to interact with his hopeful girlfriend, manage his jerk of an uncle (Jon Gries) and learn to dance.

There was a ton of awkwardness with many scenes in the film, an obvious conscious decision from the filmmakers as there are shots that linger on actors, bringing the feeling of uncomfortableness to everyone.

However, there is no doubt that this is an original idea and the execution is unlike much of anything we have seen before.  It makes one think of films of Wes Anderson.

Jon Heder is fascinating as Napoleon Dynamite.  His performance is very strong as you never know what to expect from the character.  And every weird thing he does feels natural for Napoleon.

Napoleon Dynamite as a cult classic certainly makes sense, as I can see why some may find it an unwanted experience.  I thought it was fine.