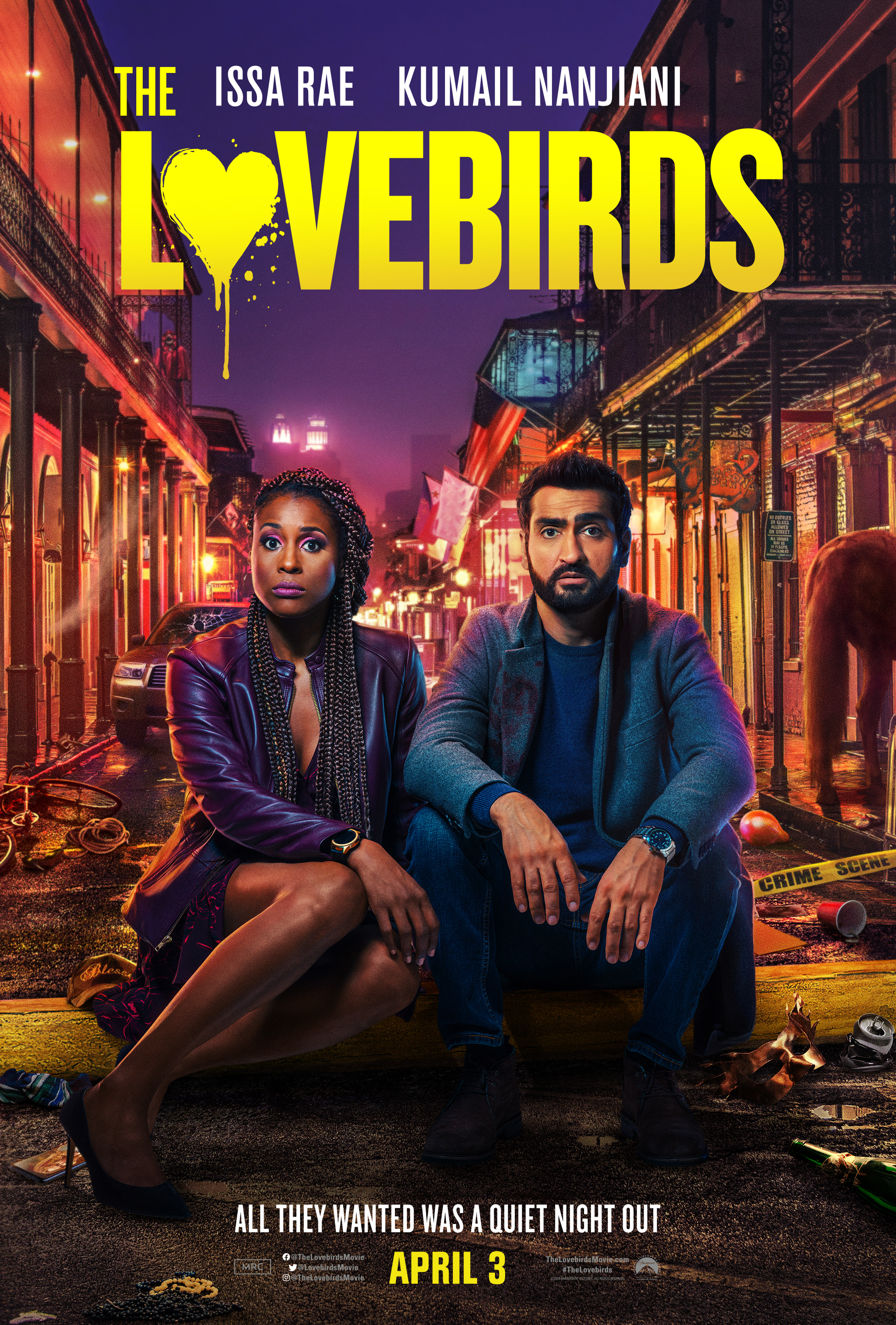 Originally scheduled for release in the theaters on April 3rd, the world of COVID-19 changed a lot of things.  One of those changes was the release of the comedy The Lovebirds starring Issa Rae and Kumail Nanjiani.  Instead of a nationwide release in movie theaters, The Lovebirds made their way to Netflix.

Jibran (Kumail Nanjiani) and Leilani (Issa Rae) were an unmarried quarrelsome couple who had been together for several years.  When they wind up in a strange conspiracy involving senators and blackmail, they have to try to figure out what was happening before they are hauled into the police for murder.

I am going to say this right away.  The plot of this movie is a mess and makes little sense.  However, the movie is not about the plot.  The plot is extra.  This movie is all about the relationship between Jibran and Leilani, and depends solely on the chemistry and likability of its two main stars.  That likability with Rae and Nanjiani is off the charts.

This movie is funny, enjoyable and light because of the interactions between the two main stars and nothing else.  They are dropped into several ridiculous situations but they are so charming and engaging that you are not bothered by the implausible circumstances that they find themselves in.  It is just a hoot.

I do wish that the trailers that had been shown for this movie before it moved to Netflix had not shown as much as it did.  This is a problem in Hollywood where the trailers show just too many of the best jokes in a comedy. There are still good moments here, and the sweet connection between them still shines through, but I wish I had seen some of these jokes for the first time in the actual movie.

The Lovebirds is anything but original and the story is a messy, but the humor and breezy chemistry of Issa Rae and Kumail Nanjiani are undeniable and fill up the screen.  Both of them have better movies in their futures as they are stars, but this one is a nice, fun steppingstone for now.  It certainly makes for an entertaining evening at home watching Netflix.