I had this topic guessed before the actual show dropped early this morning.  I figured that with Incredibles 2 coming out this weekend, and considering that we just recently did the Top 10 Pixar movies, and how much the Top 10 love lists about sequels so animated sequels only seemed reasonable. And that is what it was!

Now this list would be totally different in a few months.  This weekend we have The Incredibles 2, and then there will be How to Train Your Dragon 3, Ralph Breaks the Internet (Wreck-It-Ralph 2).  Those all are films that I am really looking forward to, but none are out yet so they are not on this list.

#10.  Rescuers Down Under.  The Disney film took the Rescuers, voiced by Bob Newhart and Eva Gabor, down under to Australia.  And as a young fan of General Hospital, I loved the fact that one of the characters of the movie, Jake, was voiced by Australian actor Tristian Rogers (who played super spy Robert Scorpio on GH).  That was all the hook I needed, being a huge fan of Robert.  The movie itself was fine.

#9.  Rio 2.  I actually liked Rio much more than Rio 2, but I did enjoy the villain of the film, the returning Nigel the Cockatoo and his sidekick Gabi the poisonous dart frog.  When Nigel adopts the “phantom of the opera” look to him and performs “I Will Survive”, the film peaks in creativity and entertainment value.

#8.  Despicable Me 2.  Gru is a great character voiced by Steve Carell and the film shows how Gru continues on the path from super villain to super father and person.  He meets Lucy here and fall in love with her.  He gets involved in a complicated plot involving The Anti-Villain League (AVL) that tries to recruit former super-villains.  The Minions are still cute here as this is before the entire thing was messed up by taking the side characters of the Minions and trying to make them the lead of their own movie.

#7.  Winnie the Pooh (2011).  I loved this movie.  It caught me completely off-guard.  I had always liked Winnie the Pooh and the characters of this world, but this was the first time that I absolutely loved them.  Christopher Robin is supposedly missing and so Pooh and his friends take off on a mission to find the young boy.  There were some really meta moments here, including Pooh moving from one page of the story to another.  This was a great surprise and a film that I loved completely.  Lots of humor and heart and sweetness from everyone’s favorite bear.

#6.  Finding Dory.  I did not think this one was going to work.  It is always dangerous to take a side, secondary character and try to expand the role to be the lead.  There are way more examples of this failing than succeeding.  Fortunately, Finding Dory is one of the successes.  Spawning form Finding Nemo, Dory goes on an adventure of self-discovery and never felt over used.  Ellen DeGeneres is great as the voice of the forgetful fish.  Finding Dory captured the heart of the original without simply being a copy.

#5.  Shrek 2.  One of the best new characters was introduced in Shrek 2…Puss in Boots.  Shrek and his new bride Fiona head back to see her parents in the land of Far, Far Away.  Of course, this leads to self-doubt about his own looks.  The film is full of humor and music and is a rollicking good time.

#4.  Toy Story 2.  A great sequel to a great movie.  We find more about the back story of Woody, as we discovered that he was a special toy from a TV show, Woody’s Roundup.  We meet Jesse, Woody’s horse Bullseye, and Stinky Pete.  Stinky Pete, who was still in his packaging, wanted to keep Woody and Jesse in the complete series in a museum.  Toy Story 2 was completely entertaining and fit wonderfully in the second of the series.

#3.  Kung Fu Panda 2.  I was surprised at the first Kung Fu Panda’s success, so I never thought that the sequel could match it.  And it might have exceeded it.  Jack Black is great as the voice of the panda Po, the Dragon Warrior.  The voice actors here are fantastic, from Dustin Hoffman to Angelina Jolie to Jacki Chan.  The villainous Lord Shen, a peacock, has a deadly new weapon that he plans on using to destroy Kung Fu.  This was a great surprise and was a second wonderful movie. 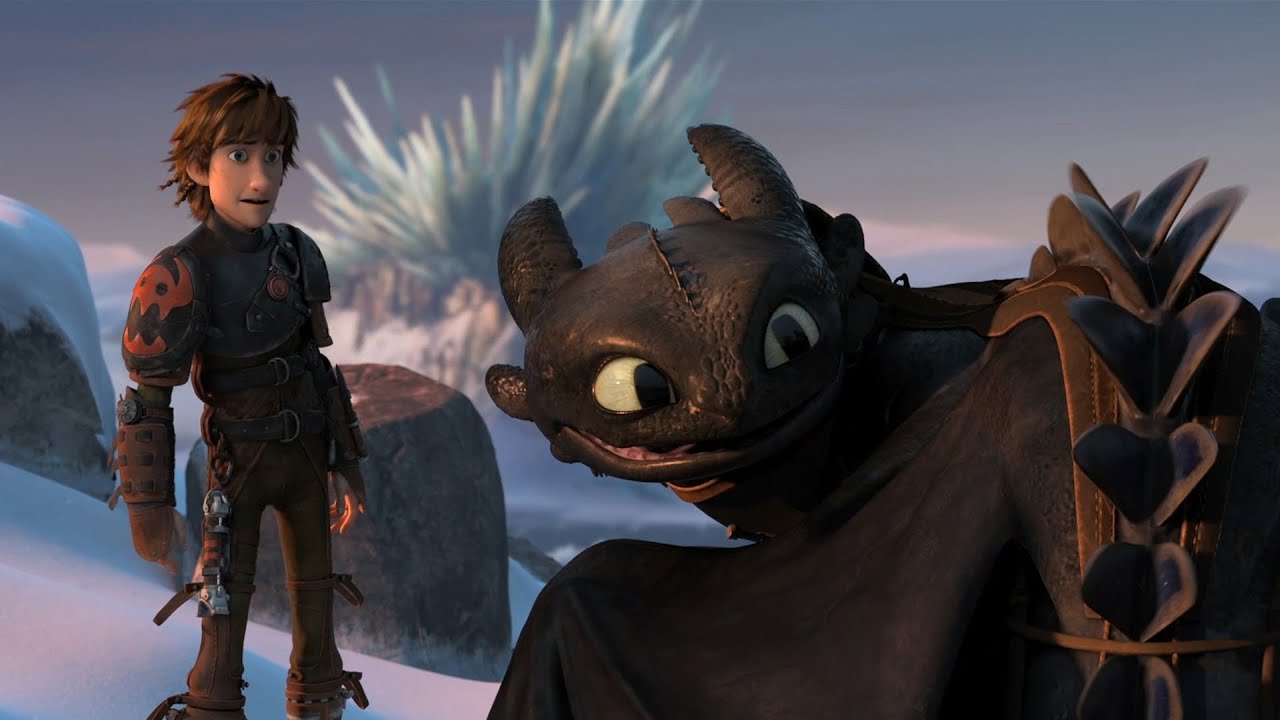 #2.  How to Train Your Dragon 2.  How to Train Your Dragon 2 does something that very few animated sequels do… it allowed its main antagonist, Hiccup, to age.  We see Hiccup grow and progress into a young man.  There is also a great storyline with Hiccup’s mother, voiced by Cate Blanchett.  The film also had the bravery to have a brainwashed Toothless kill Hiccup’s father Stoick.  Such a powerful moment that really pushed the relationship between Hiccup and Toothless to the brink.  This was an amazingly emotional film.

#1.  Toy Story 3.  This was easy.  This is one of my favorite movies of all time, let alone animated sequels.  I absolutely love this movie.  I love the villain, Lotso, because I really could understand what motivated him to do what he did.  There were some unbelievably emotional moments of this film and, in the scene where the group of toys appear to be on the precipice of the molten metal, I truly thought they were preparing to die.  When they joined hands, preparing to face their ends, I couldn’t breathe.  And the movie hadn’t hit its most emotional moment yet, as Andy gives his toys away, signifying that he has grown up.  There were so many tears and tense moments in this film that I could see some kids being really scared by it.  It is my favorite animated movie of all time.

Honorable Mentions:  Kung Fu Panda 3, Shrek the Third, Despicable Me 3, Cloudy with a Chance of Meatballs 2