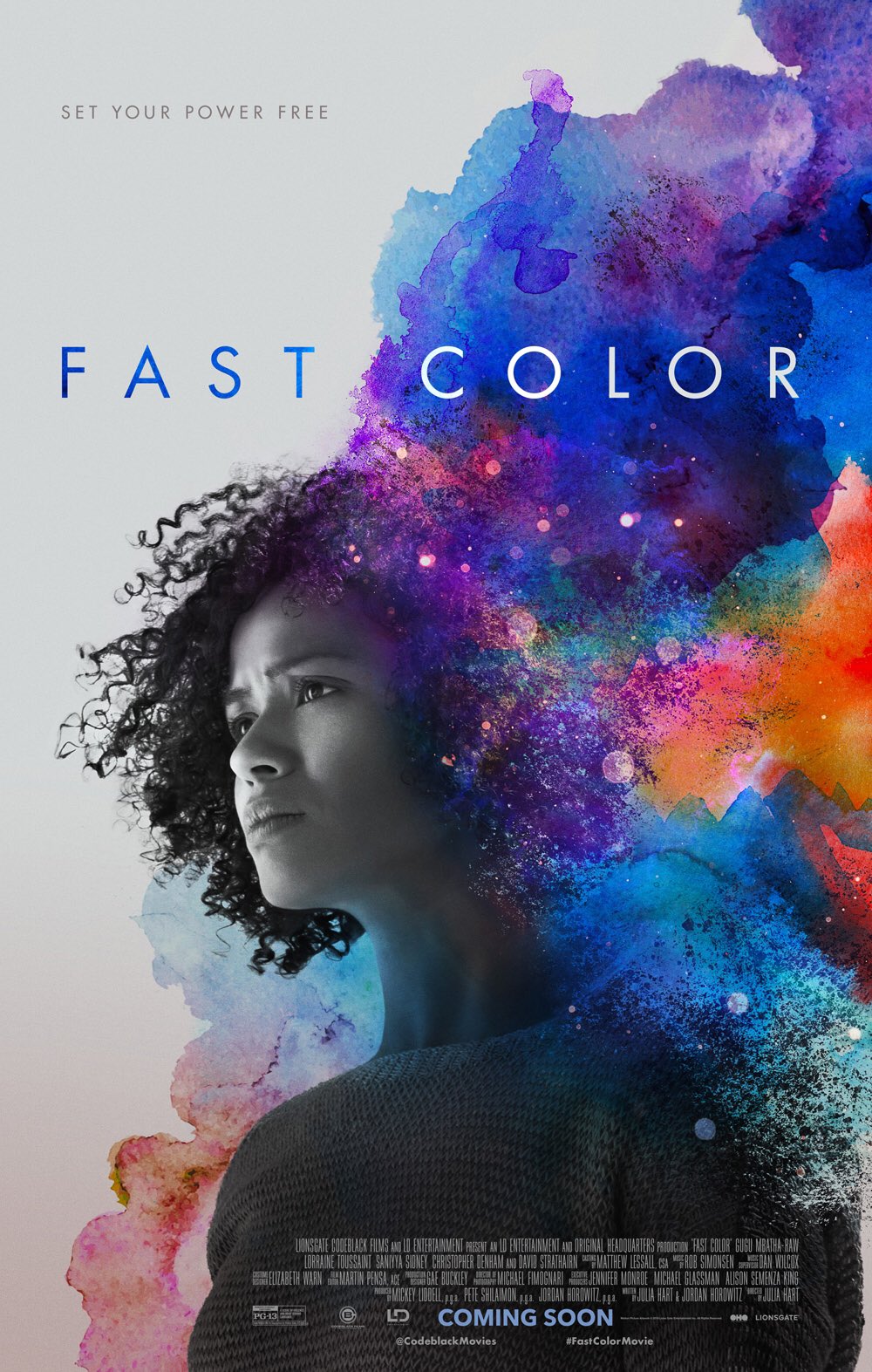 What happens when you are a grounded, low key super powers movie released limited one week before the biggest, most massive super hero film of all time gets released?  Yes, you get lost in the shuffle.

So it was gone from theaters super quick.

However, I heard Marc Bernardin, writer and podcaster, speak about the movie on Fatman Beyond, the podcast that he does with Kevin Smith, and he raved about it.  I remember hearing him back when it first came out too, singing Fast Color’s praises.  He called it the best “X-Men movie that you have never seen.”  It intrigued me, so I went to Vudu and looked for it, and, lo and behold, there it was.  So I rented it and got to it tonight.

He was right.  The movie is excellent.

In a world where water has become a scarcity, there was a young woman Ruth (Gugu Mbatha-Raw) who had discovered that she has some powers.  However, she had trouble controlling them, leading her to leave her mother Bo (Lorraine Toussaint) and father Ellis (David Strathairn).  She turned to drugs and alcohol, but nothing helped.  When she gave birth to her daughter, she returned and left the child with her mother to raise.

Pursued by government officials who intend on examining her, Ruth returned to her mother’s farmhouse, sober, and tried to repair the relationship with her and with her daughter Lila (Saniyya Sidney).

There is a lot of under the surface things happening here as well.  The film examines the bloodline of this family of females and how these powers wind up being passed along through the generations.  It looks at family and at the relationships and choices people make.

There are some great performances by all actors involved and each one makes their character their own.  Gugu Mbatha-Raw is a total standout and could easily find a role in a big time franchise.  She carries herself like a star and it will be just a matter of time before she is in something massive.

Saniyya Sidney is exceptional as well.  She brings hope and emotion to the young girl. She hopes that her mother is here for good.  The actress carries a big chunk of the film.  And Lorraine Toussaint (who was Vee in Orange is the New Black) was a powerhouse as Ruth’s mother.

Films like this can be lost in the shuffle against the juggernauts like major studio franchise films so it is important to remember them when they show up on these services.  Or even better, see them in the theater.