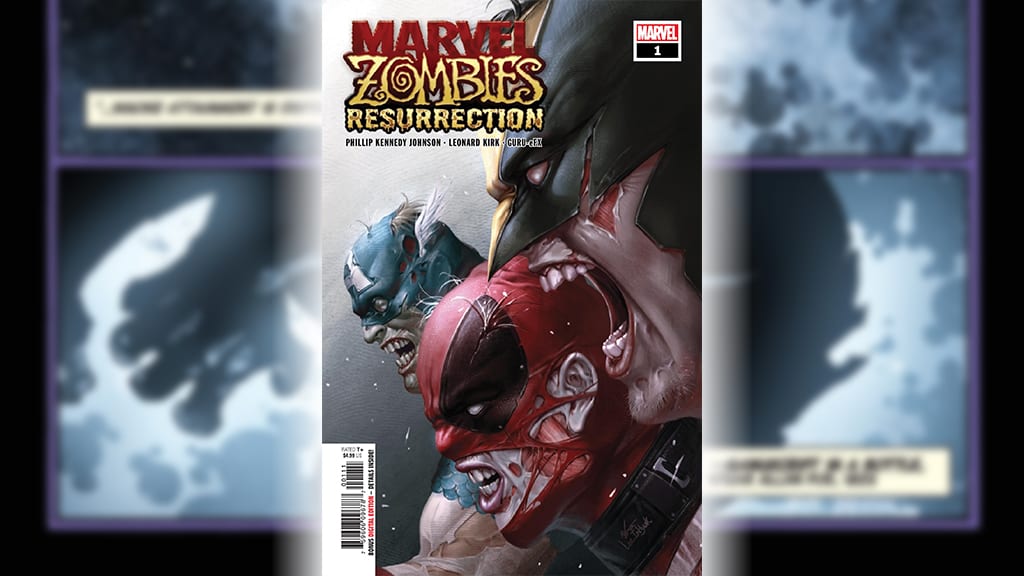 Hey Todd, this wasn’t that bad.

One of my friends from my comic shop had told me that his opinion of Marvel Zombies Resurrection #1 was that it was terrible.

Perhaps that lowered my expectations a lot, but I did not think it was that bad.  Don’t get me wrong, it was not that great, and I have never been a huge fan of alternate reality stories that do not fall into the continuity, but,as a zombie story, this one was okay.

Not sure why Deadpool is on the cover of the issue though.  He does not appear.

I missed most all of the Marvel Zombies phase of comics, and so I am not anxious to see it return.  Again, I prefer my comic stories to be real and in the actual continuity of the universe.  There are so many alternate future/reality stories that just do not interest me.

I do like zombie stories though and this one was fine.  It has an intriguing hook with the death of Galactus drawing out the big guns of the Marvel Universe.  However, the flow of the story did feel rushed.  Once the zombies appeared, the fight came way too fast.

I do not think I am going to buy this series past issue #1, but I have certainly read worst comics than this.