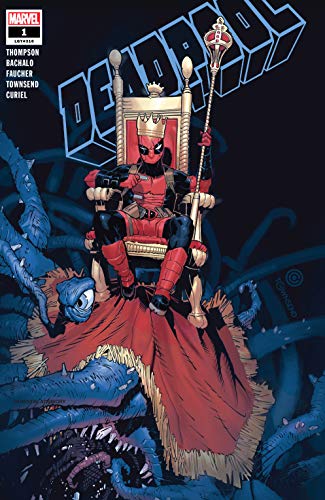 This was a strange new direction for Deadpool, the Merc with the Mouth.  Deadpool is hired to kill the King of Monsters and winds up on the throne himself.  Huh?

We get some Elsa Bloodstone in the comic too.  Gwenpool shows up and gives Deadpool the Jeff, the Land Shark character.  There were other monster type characters here.

None of this made any sense to me and I really did not like it.  Deadpool was not nearly as witty as I remember him in other versions.  I found myself bored about midway through the issue.

Now, to be fair, there was a cool final panel in the book that I won’t spoil, but I did not find this cool appearance made up for the rest of the book.

I did not enjoy the new Deadpool series.  It feels as if they are taking this character in a whole different direction that I am not interested in.