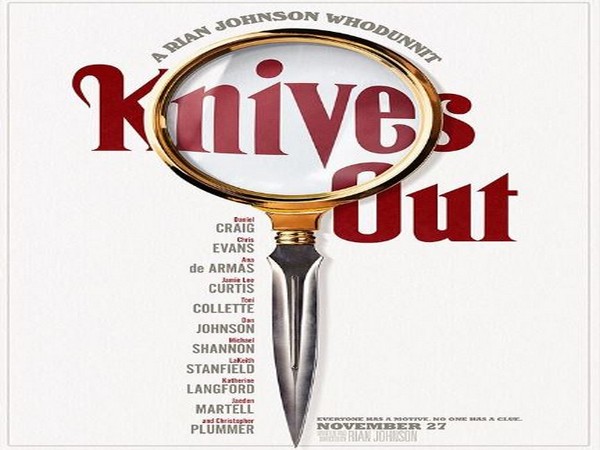 I got the opportunity to see an early showing of Rian Johnson’s newest film, the whodunnit murder mystery called Knives Out, which debuted at Toronto Film Festival in early September.  I had been anticipating this movie for awhile as I  enjoyed the trailers so I jumped at the chance to see the film about a week early.

It was so worth it. I loved this movie.

This will be a full NON-spoiler review, which means that I won’t be able to talk much about it, but I loved what Rian Johnson did with the murder mystery genre and the way that he played with the tropes.  Knives Out is a brilliantly plotted and extremely entertaining film that messed with my expectations throughout.

Craig is utterly perfect in this movie, which is to say he is hamming it up, chewing every last bit of scenery that he could.  The accent that he used for this character was something you just don’t hear much outside of Looney Tunes cartoons.  Somehow, though, it works and that credit must go to Craig.

However, Daniel Craig is not our protagonist of this film.  That honor goes to the young Ana de Armas, who plays Marta, a nurse who was taking care of Christopher Plummer’s patriarch character, Harlan Thrombey.  Ana de Armas has not had a ton of films to her credit, most notably being Blade Runner 2049 so it makes one wonder how she, in a cast like this, is the main character.  However, she is just tremendous and this character is well developed with a character trait that I have never seen before.  You’ll know it when you see it.

I should also single out Chris Evans.  Captain America himself looks to be having a blast playing a character unlike his heroic alter ego.

All of the members of the Thrombey family are just rotten people but, most of them, are real people and not caricatures.  They interact with each other in such a funny and real way that you forget some of them are so over the top.

Knives Out is laugh out loud funny, with biting dialogue and a wonderfully organized plot.  There will be some who will complain about a section of the film dealing with today’s political scene, but if that is what derails this movie for you, then I’m sorry for you.

I cannot recommend this movie enough.  It is due to come out nationwide Thanksgiving.  Do yourself a favor and go see it.  It is charming and funny,  an old fashion whodunnit featuring a ton of oddball characters played by iconic actors having the time of their lives.