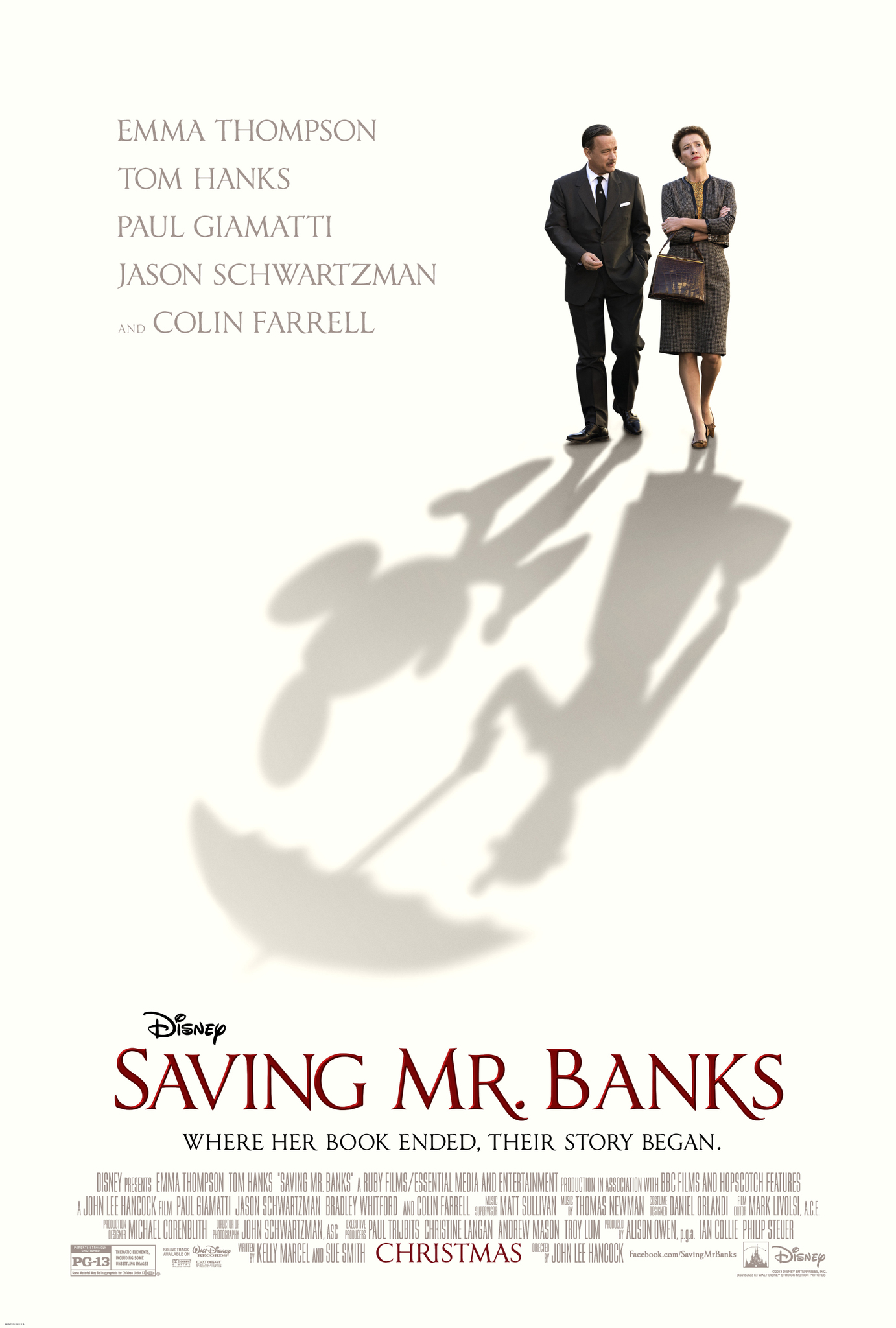 The last couple of years, I have had a tradition with my mom to watch a movie on Christmas Eve.  Last year we went to the theater and saw Mary Poppins Returns, but this year there was just not much that I thought she would enjoy at the theater.  Certainly wasn’t taking her to Cats.  So, since this year I got Disney +, I figured we could watch a film in the comfort of home.

Looking through the tons of films available on Disney +, I came across Saving Mr. Banks, the story of how the film Mary Poppins was made.  I loved this movie when I saw it and I figured this would be a great film to watch with mom.

P.L. Travers (Emma Thompson) resisted selling the rights to her creation, Mary Poppins, to Walt Disney (Tom Hanks) for years, but a need for money put her in a situation she had not faced prior.  Travers went to Los Angeles to see if she could handle selling the rights or if giving them up would be too much for her.

The story of Mary Poppins was a very personal one for Travers as she wrote this book with her father Travers Goff (Colin Ferrell) in mind.  The film shows us flashbacks from P.L’s (her real name being Helen, nicknamed “Ginty”) childhood, revealing the traumas that influenced her life and her work.

She feared that Walt Disney would turn her deeply personal work into fluff and fantasy.  There have been debate on the ending of the film as Travers had claimed to have hated the movie, angered at how Disney treated her character.  Some say that Disney railroaded Travers into giving up the rights for Mary Poppins.  The film gives a different story, of course.  It is a film by Disney which makes you wonder about the correctness.  This is not a documentary though and the film brings some strong emotions to each scene.

The first time I saw this movie, I found the flashbacks a tad dull, but this time, I appreciated the importance of these scenes to the character of P.L. Travers.  Truthfully, Colin Farrell is absolutely astounding as her father.

There are other wonderful performances in Saving Ms. Banks as well.  Emma Thompson is excellent as the main character and the ever talented Tom Hanks seemed born to play the role of Walter Disney.  Paul Giamatti was great as the kind-hearted limo driver Ralph who bonded with Travers.  Bradley Whitford was writer Don DaGradi and Jason Schwartzman and B.J. Novak were the iconic songwriting pair, Richard and Robert Sherman.

The “Let’s Go Fly a Kite” segment in this movie is one of my favorite scenes in any Disney film.  There is just so much hopefulness in the scene and the actors look to be having a blast.

Those who see Disney as the evil overlords will see conspiracies throughout this movie and will not like it.  I thought it was lovely, filled with great performances and very emotional.