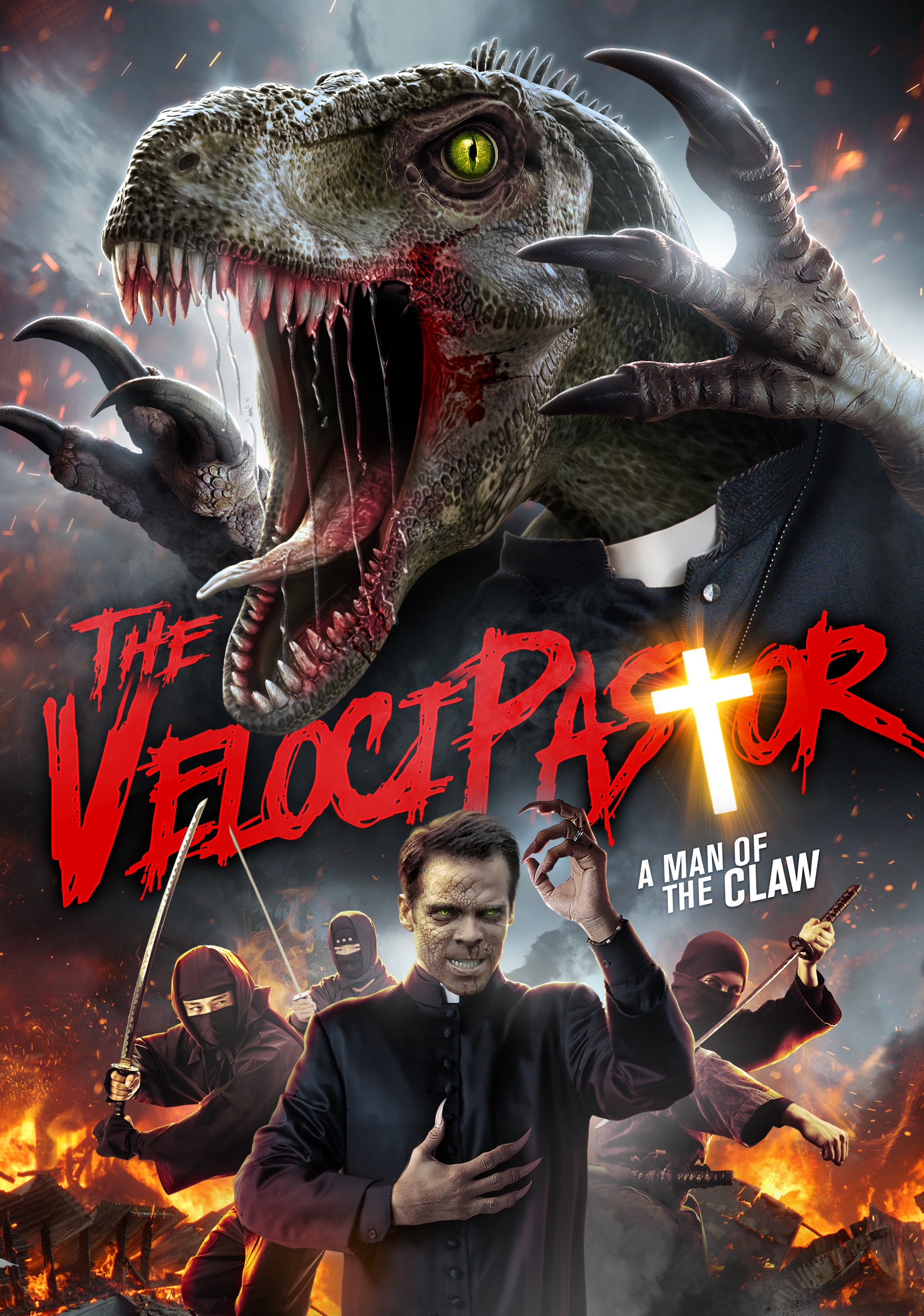 I decided to prepare for the 2020 Oscars tonight by watching a film on Amazon Prime that I had missed last year.  The film?  The VelociPastor.

How exactly am I supposed to review this thing?

I mean, it could be one of the worst movie ever made, but I spent the entire film laughing my head off.  I was thoroughly entertained by the ridiculous movie.

As a critic, this is just horrendous.  As a movie fan, I loved it.

After his parents died in a car bomb, Pastor Doug Jones (Gregory James Cohan) went to China (sort of) to find his faith.  Instead of faith, he found a dying woman who gave him a dinosaur tooth.  After accidentally cutting himself with the tooth, Doug discovered that he could turn into a dinosaur.  Along with the hooker Carol (Alyssa Kempinski), Doug decided to use his new found ability to kill off the bad guys.

I knew immediately after seeing the words “VFX: Car on Fire” appeared on the screen instead of seeing the actual car on fire that this was going to be one wild ride.  And I was not wrong.

We got ninjas, completely extraneous flashbacks to the war, exploding girlfriends, rubbery heads and some of the worst acting and dialogue you are ever going to see.  And it was laugh out loud funny.  I mean, they had to do this on purpose, right?

You can’t make something this bad and not do it on purpose… right?

I cannot wait to see RiffTrax get their hands on this film because it is hilarious as it is and, when they add their own touch to it, it will be undeniably perfect.

This falls into the category of so bad it is good along with such non-classics as Birdemic: Shock and Terror, Plan 9 from Outer Space, Manos: Hands of Fate, The Room, Octaman and Samurai Cop.  Because of that, I have instituted a brand new category for Doc’s Classic Movies Reviewed.  It was a long time in coming, but this is the perfect example to kick off the category.