Welcome back to the EYG Top 10 list.  This week’s show, in honor of the upcoming Sonic the Hedgehog movie, is the Top 10 Jim Carrey Movies.

I have never been a giant fan of Jim Carrey and there are some definite “big” ones that I do not like.  I am not a fan of any of the Ace Ventura films.  I have never seen the Truman Show.

#10.  Batman Forever.  This is right on the borderline of films.  The role of the Riddler was okay for Jim Carrey, but the Tommy Lee Jones Two Face was terrible.  This was a film that started to head Batman back toward the camp and away from the darkness.  Still, this was not the worst of the Batman films. 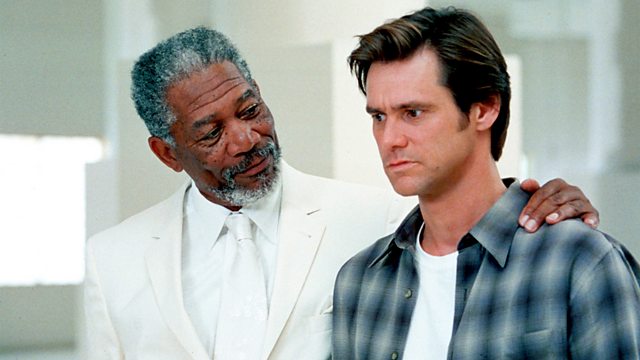 #9.  Bruce Almighty.  This one is fine, but another one that is not my most favorite films ever.  Jim Carrey and his interactions with “God” Morgan Freeman is fun and creative.  This one displays Carrey’s skills well and has a good message.

#8.  A Christmas Carol.  The animated version features Carrey as Ebeneezer Scrooge as well as several of the other characters of the classic story of Charles Dickens.  This was one of the first films using the motion capture use.  Some of the characters had a really weird look to them, but the CGI was interesting.  I liked this version.  It was dark and creepy. 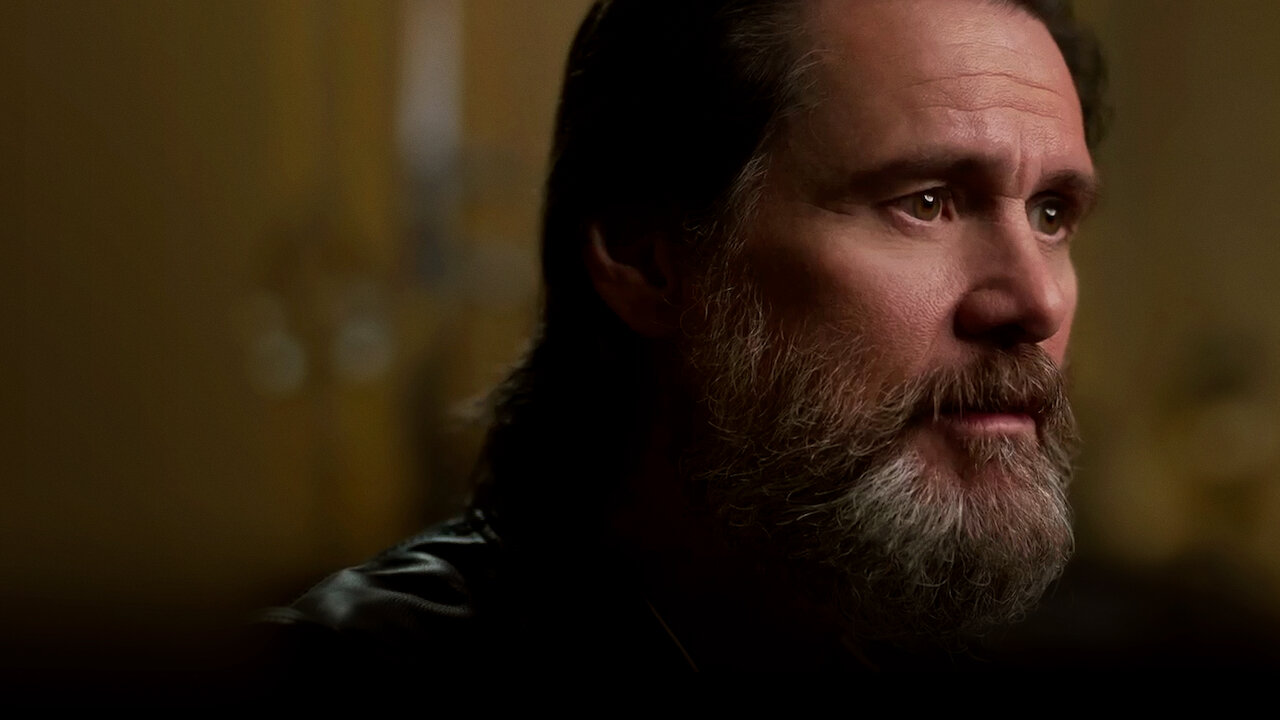 #7.  Jim & Andy: The Great Beyond.  This is a documentary on Netflix and it tells the behind the scenes story of the filming of Man on the Moon and how Jim Carrey basically became Andy Kaufman.  There are some unbelievable footage shot featuring Jim as Andy.  We saw Andy’s parents reaction to Jim playing their son.  It was surreal. #6.  Dumb & Dumber.  I am not a huge fan of this movie, but I recognized that it is one of Jim Carrey’s classic films.  I don’t hate Dumb and Dumber, but there are some things that I just am not entertained from it.  The connection between Jim Carrey and Jeff Daniels is the strength of the film for me. 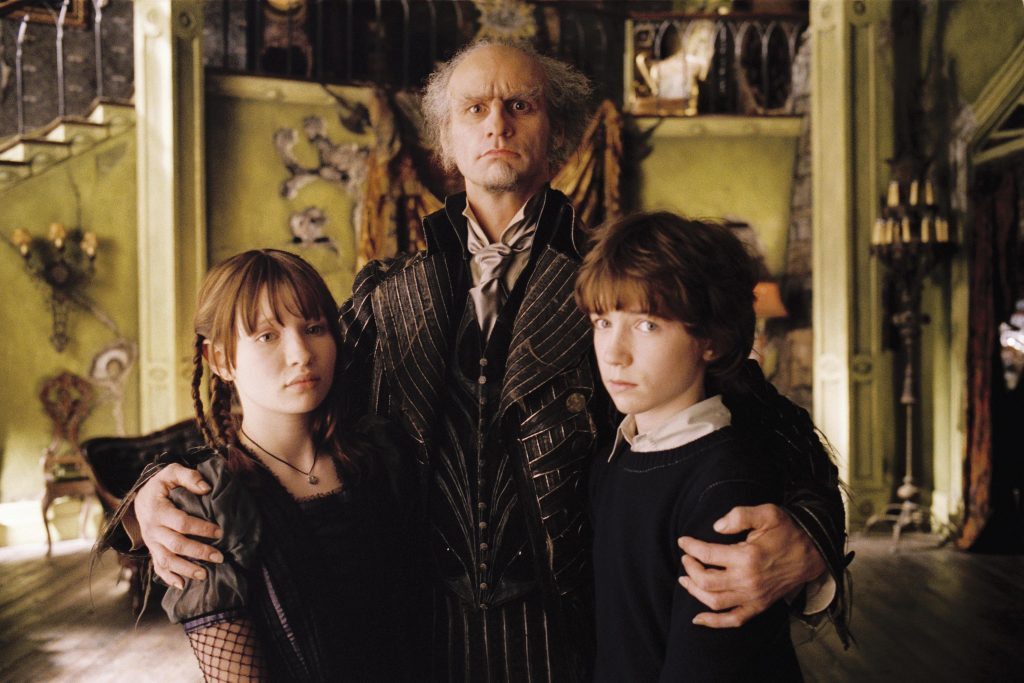 #5.  Lemony Snicket’s A Series of Unfortunate Events.  The movie adaptation of the book series featuring the Baudelaire orphans being chased by Count Olaf, who was hoping to take their money.  Jim Carrey does a brilliant job as the evil actor. 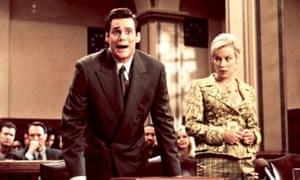 #4.  Liar Liar.  Jim Carrey is a lawyer whose son has made a magic wish that does not allow Carrey to lie.  Hilarity ensues.  There is actually a lot of heart in this movie and the court scenes in the film are extremely funny.

#3.  The Mask.  Stanley Ipkiss finds the mask of Loki and becomes a trickster super hero.  Jim Carrey is off the wall in the movie.  The Cuban Pete song is one of the best moments in the film.  The Mask includes the first appearance of Cameron Diaz.  And the dog was a scene stealer. #2.  Man on the Moon.  Jim Carrey plays Andy Kaufman in a biopic about his life.  We see Andy becoming the celebrity and how he acted as if he was simply playing a prank on everyone.  The world in pro wrestling with Jerry Lawler is fascinating.  The whole Andy gets sick story is ironic and painful.  Jim Carrey totally embraces the role and kind of disappears.  Love Man on the Moon. 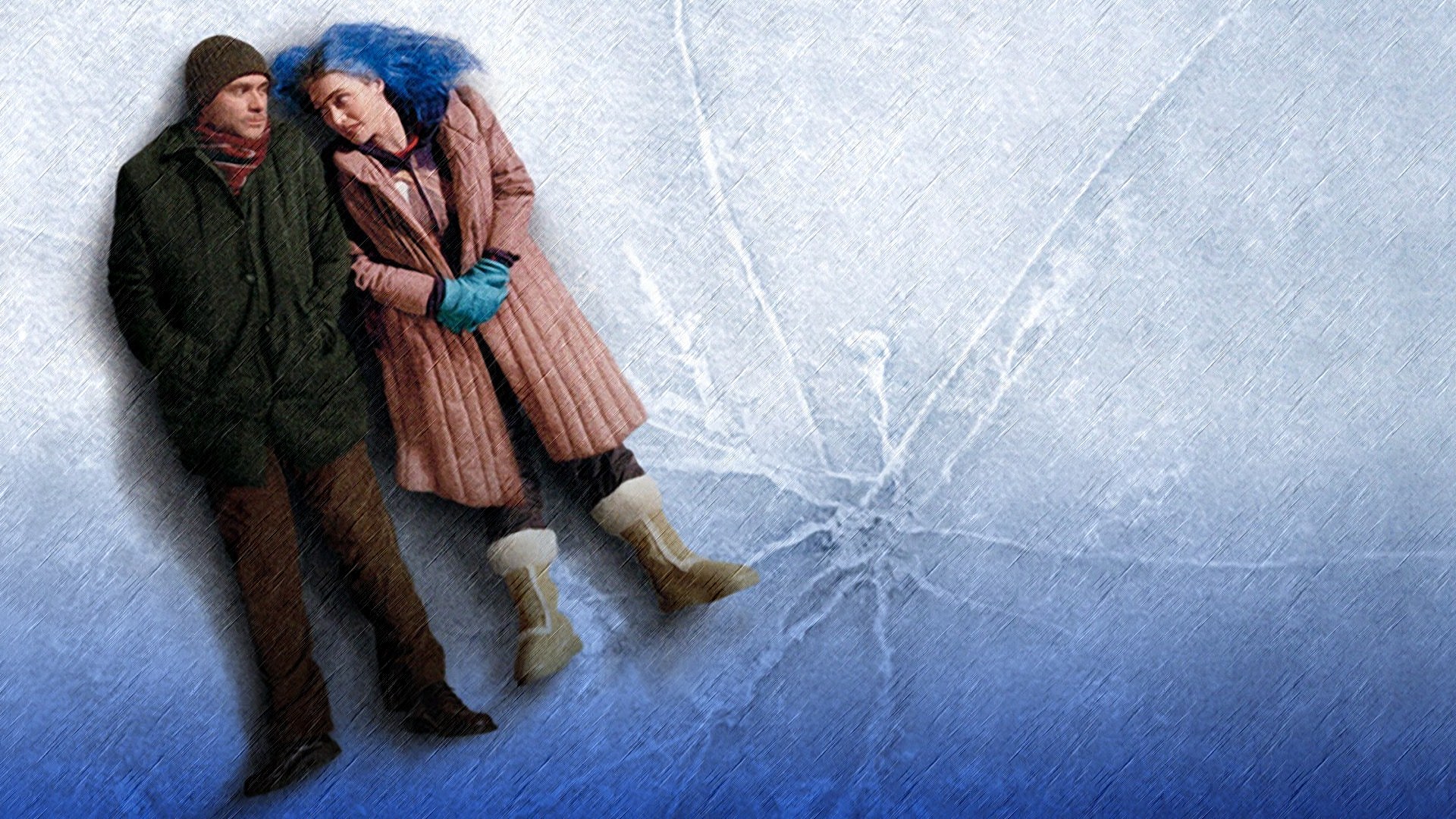 #1.  Eternal Sunshine of the Spotless Mind.  This film is one of the greatest and most original films of all time.  The love story with Jim Carrey and Kate Winslet was amazing.  The visual imagery of the movie was beautiful and the story of the erasing of of memories allowed some real character development.  Jim Carrey provides some of the best work of his career.  I just recently saw this movie and I am so glad that I did.