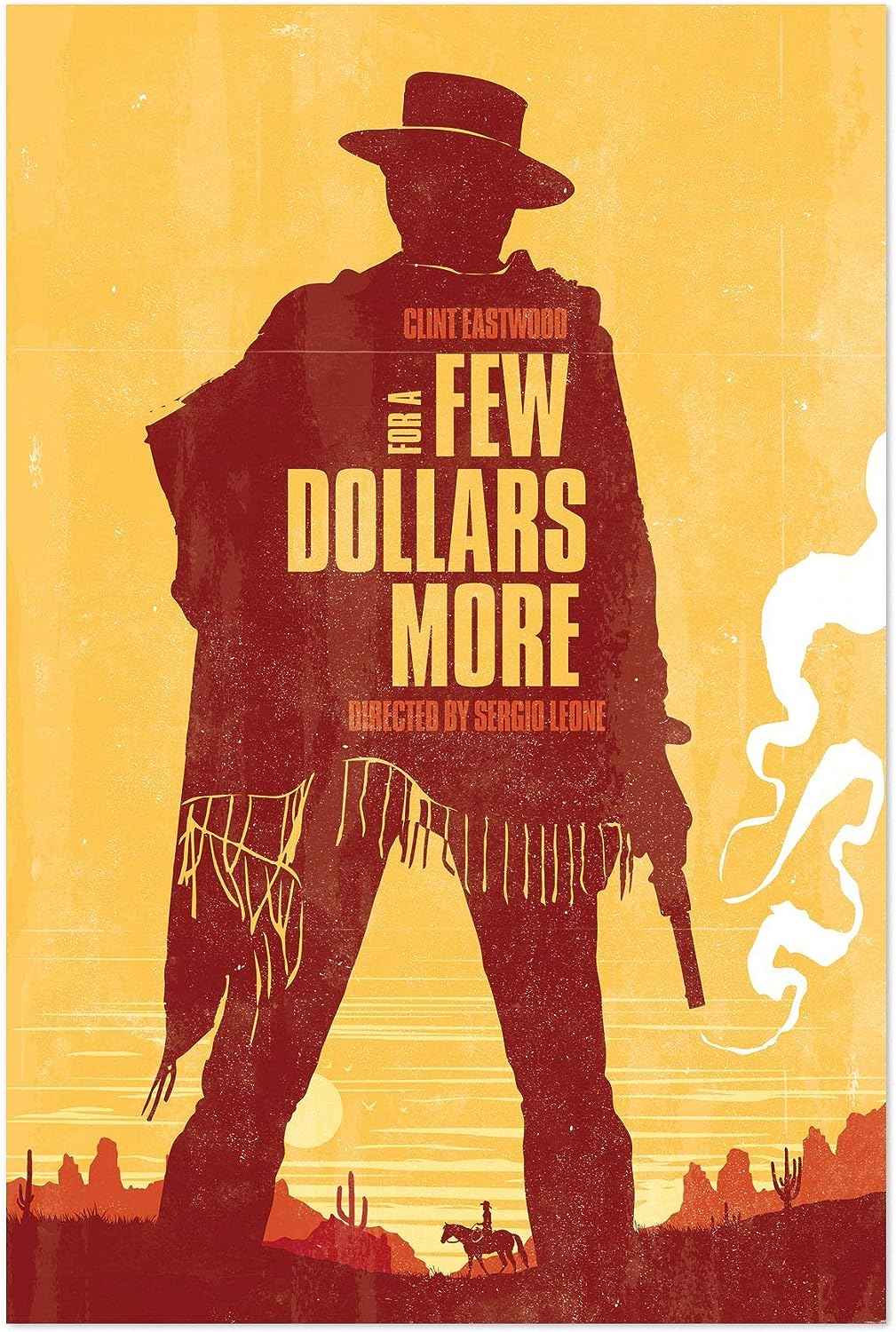 The second film in Sergio Leone’s “Dollars trilogy” was called For a Few Dollars More and it was the next Western I watched today.

As with A Fistful of Dollars, Eastwood was the major star of this film, but he and Van Cleef worked together brilliantly.  Their pairing was tremendous in many different ways.  Not only were they a great pair, you were never quite sure what was going to happen.  You always felt as if either one could turn on the other in a split second.  Even when it appeared that they were working together, the thought of betrayal hung in the air.

There were several things that were similar to the original film, but the sequel takes them a bit further.  The action was fine, but the gunfights were pretty repetitive.  I did like the reveal at the end of the reason for the Colonel’s pursuit of the villain El Indio (Gian Maria Volontè).

The score was a true standout in this Western.  Ennio Morricone created a score that presented the perfect soundtrack for what was happening on screen.  Many times I do not hear the score as the film is going on, but this one seemed to work in such a tandem that it was easy to hear.

I do believe that the film was a tad long and could have done with some tightening up in the middle, but I think I liked this more than the last film in this trilogy.