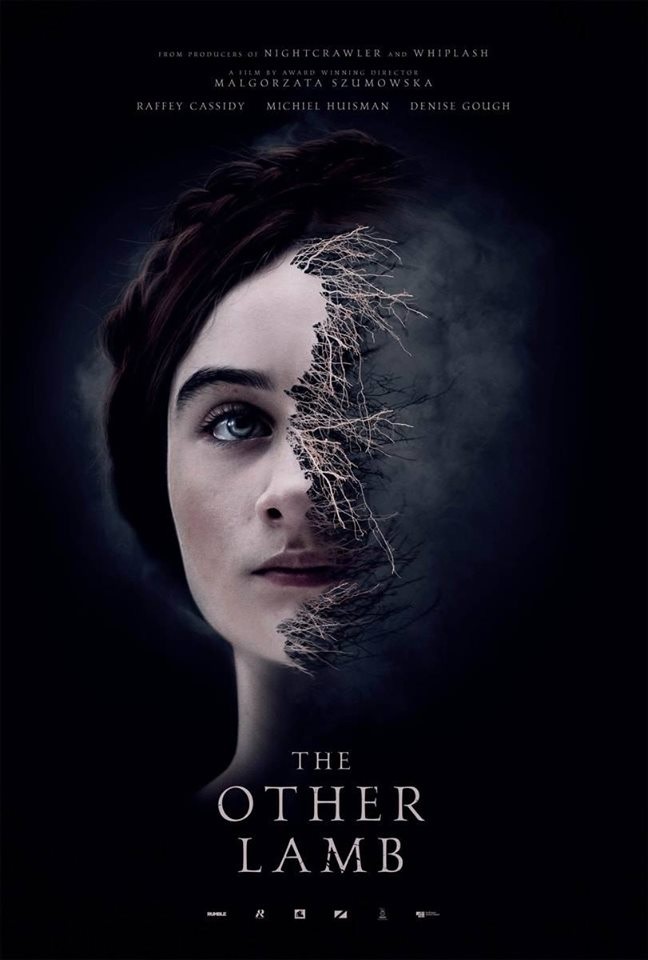 In my continuing search for new content to pass the day along in the quarantine, I was listening to Critically Acclaimed, a podcast featuring critics William Bibbiani and Witney Seibold.  I was curious on their opinion on Netflix’s Coffee & Kareem (which basically matched mine), but I actually found something else.

They reviewed a movie from the producers of Nightcrawler and Whiplash, two movies which I loved, and the noted Polish director Malgorzata Szumowska called The Other Lamb.

It was called a horror movie, but I am not sure horror really fits as a genre.  It’s horror in the same way that Midsommar is horror.  There are horrible moments and situations and it is more horror in the creation of a mood than anything that outright scares you.  You feel very uncomfortable and somewhat dirty.

The film is the story of a cult lead by the mysterious Shepherd (Michiel Huisman).  There are a group of women who are considered either wives of Shepherd or daughters of Shepherd and they all live in the woods, sheltered from the view of the world at large.

However, one of the daughters, Selah (Raffey Cassidy) is headstrong and starts having thoughts and visions that make her question the validity of the situation and her faith in Shepherd.  With the veil pulled back, Selah began to see the fate of the wives as they grew older.

The atmosphere of this movies is what will either sell it or wreck it.  There is a definite yuck feeling going on here as you can tell exactly what Shepherd was doing with these women.  It makes one wonder what it was that led these people to find this man and how he was able to place himself on a pedestal above them.  He did not seem to be charismatic as some cult leaders are.  Plus, he was clearly a murderer.  The very absences of any male children tell you that, if a wife gave birth to a boy, things would happen.

I could have used more of a look inside the cult and something to base this all on for me to accept the total premise.  However, it was clear that this Shepherd was horrid and that the film was leading toward a showdown with him and Selah.   With this, the film does a strong job.

Overall, the movie did a good job unnerving me, but it could have done more.