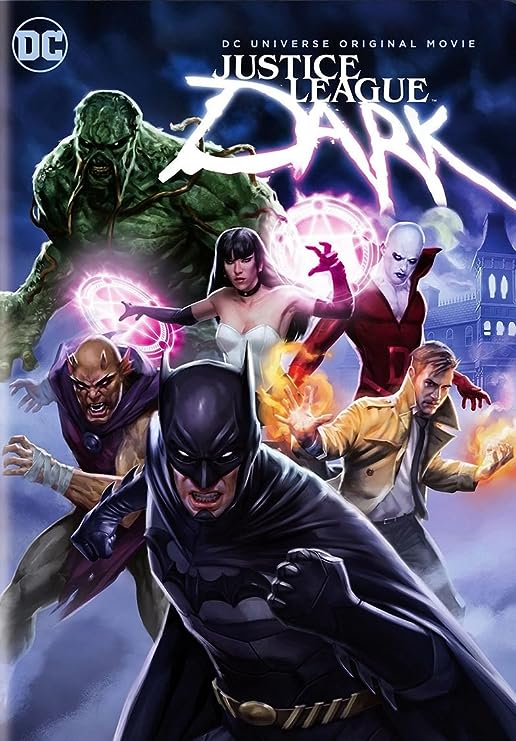 When a magic problem comes to the earth, Batman (Jason O’Mara) has to find some heavy hitters that are more likely to be effective than the normal heroes he hangs out with.  He is pointed in the correct direction by Boston Brand aka Deadman (Nicolas Turturro).  The correct direction is toward Zatanna (Camilla Luddington) and John Constantine (MattRyan).

Throw in Jason Blood, who has been bound for years to the demon Etrigan (Ray Chase) and a little help from Swamp Thing (Roger Cross) and you’ve got Justice League Dark.

Unfortunately, there are several issues with this animated movie.  First, there is just too much exposition.  I understand why that is considering we have all of these new heroes and we have to introduce them.  The problem is the movie does not do a great job of showing us these heroes.  Even times when they did show us who these characters were, there was too much exposition involved (ex. the origin of Etrigan.

The magic use here is another problem because we do not have a basis for what the magic looks like.  The spells used by Zatanna and Constantine are confusing and is not clear.  The whole battle with Felix Faust (Enrico Colantoni) was boring.  Faust was a terrible antagonist in that second act.

A third issue is that, despite there is a lot of exposition, I still did not understand what a lot of these people are and how they are connected.  I do not have a deep understanding of who John Constantine is or how he was connected to Zatanna or to Ritchie (Jeremy Davies) and the film does not give that info outside of the very surface answers.  That kept me at a distance with all of those.  Perhaps if I knew Constantine better, maybe it would not have bothered me as much.

Now, I did enjoy Batman here.  Swamp Thing was a nice surprise (although he is dispatched too easy at the end).  I enjoyed the part at the hospital and I wish there was more like this.  I have always enjoyed Deadman so it was nice to see him get a little focus.

The animation was not at the level that these movies should be at.  DC animation has been great over the years, but they have consistently not had the kind of animation that they should.  These movies could be huge hits if they would put a little more into them.

I do think there is one major factor about this.  The next Justice League Dark movie will not require the amount of set up as this one needed and it could be good. These characters are interesting and deserve to be seen, but the first film was just too much set up.