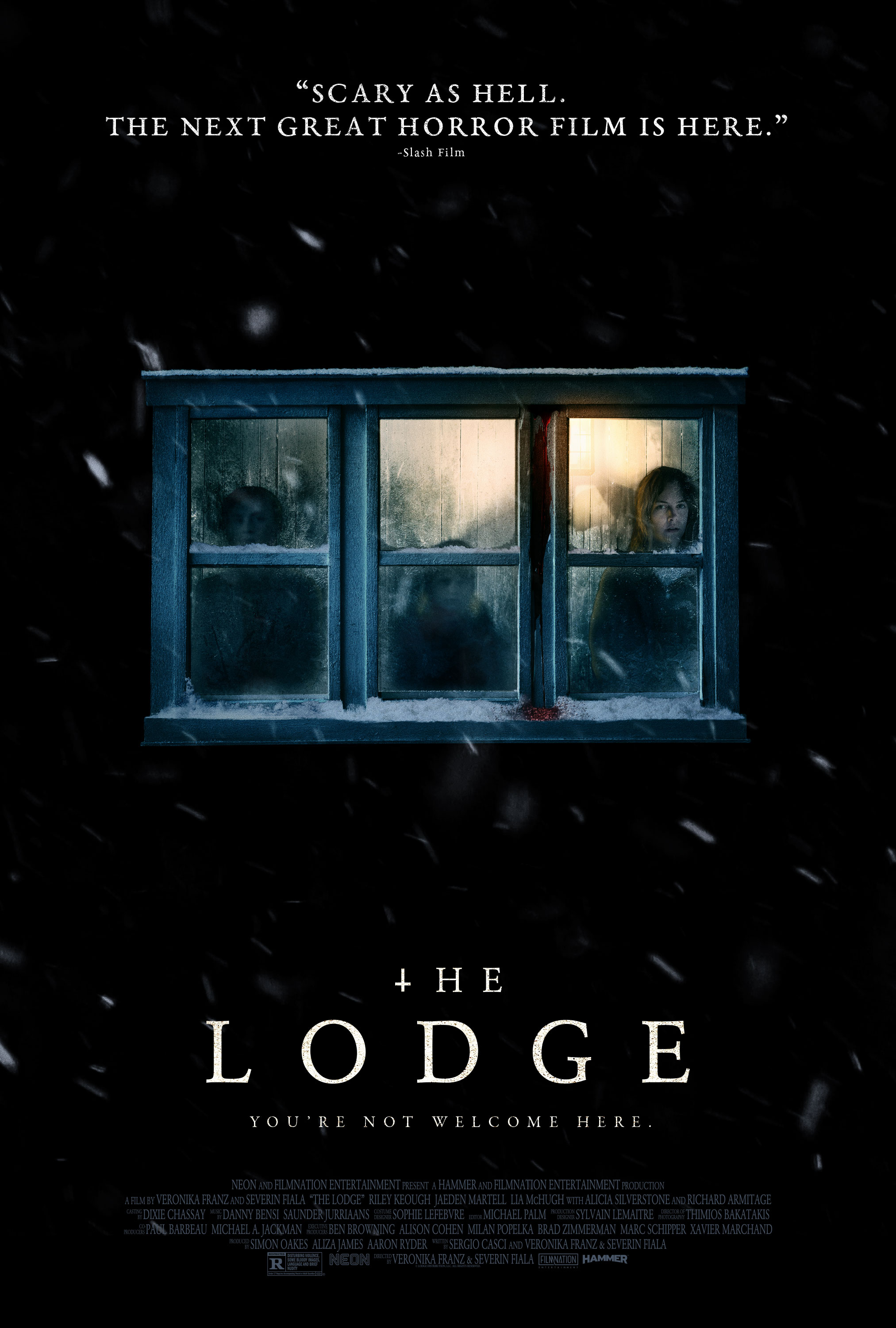 The Lodge has arrived on streaming today and I had heard a lot of split feelings on it.  I was excited to see it.

Richard (Richard Armitage) told his wife Laura (Alicia Silverstone) that he wanted a divorce because he had fallen in love with Grace (Riley Keough), a woman he met while writing a book about her childhood inside a suicide cult.  This led to Laura’s suicide.

The children, Aiden (Jaeden Martell) and Mia (Lia McHugh), blamed Grace for their mother’s suicide, creating a tense and uncomfortable situation.  Richard decided to take his family to a lodge over Christmas to hopefully make up some ground.  Unfortunately, Richard had to go to work for a couple of days and he leaves the children alone with Grace.  Then, a snowstorm hits stranding them.

It turned out that Grace required medication to keep her mental health in check, as she suffered from memories of her dark past.

This film is a slow burn.  The pace of the film is slow and went in circles for a chunk of the film while they are at the lodge.  The film tried to make you feel that certain things were happening and tried to keep the audience uncertain.

The Lodge is definitely going to try to make the audience uneasy, uncomfortable and disturbed.  To be fair, the film is not that scary.  It is more of a psychological thriller than it is a horror movie.

Honestly, there was nobody here to really cheer for.  Everybody was horrible.  The children were cruel to Grace, who was only trying to get to know them, and Grace was keeping the medication from Richard.  The film was not sure who it wanted to focus upon which did not help with the audience’s choice.

The story here is messy and requires the audience to accept a lot of weird choices and coincidences.  Throw in the uncertainty of what was happening and the lack of a person to root for, The Lodge had some issues for sure.

It is not the worst film of the year, but, it did not really try to tell you a story. It tried to make you feel disturbed and unnerved.  It succeeded in that.  However, there is just not enough after those feelings for The Lodge to be considered a well done movie.