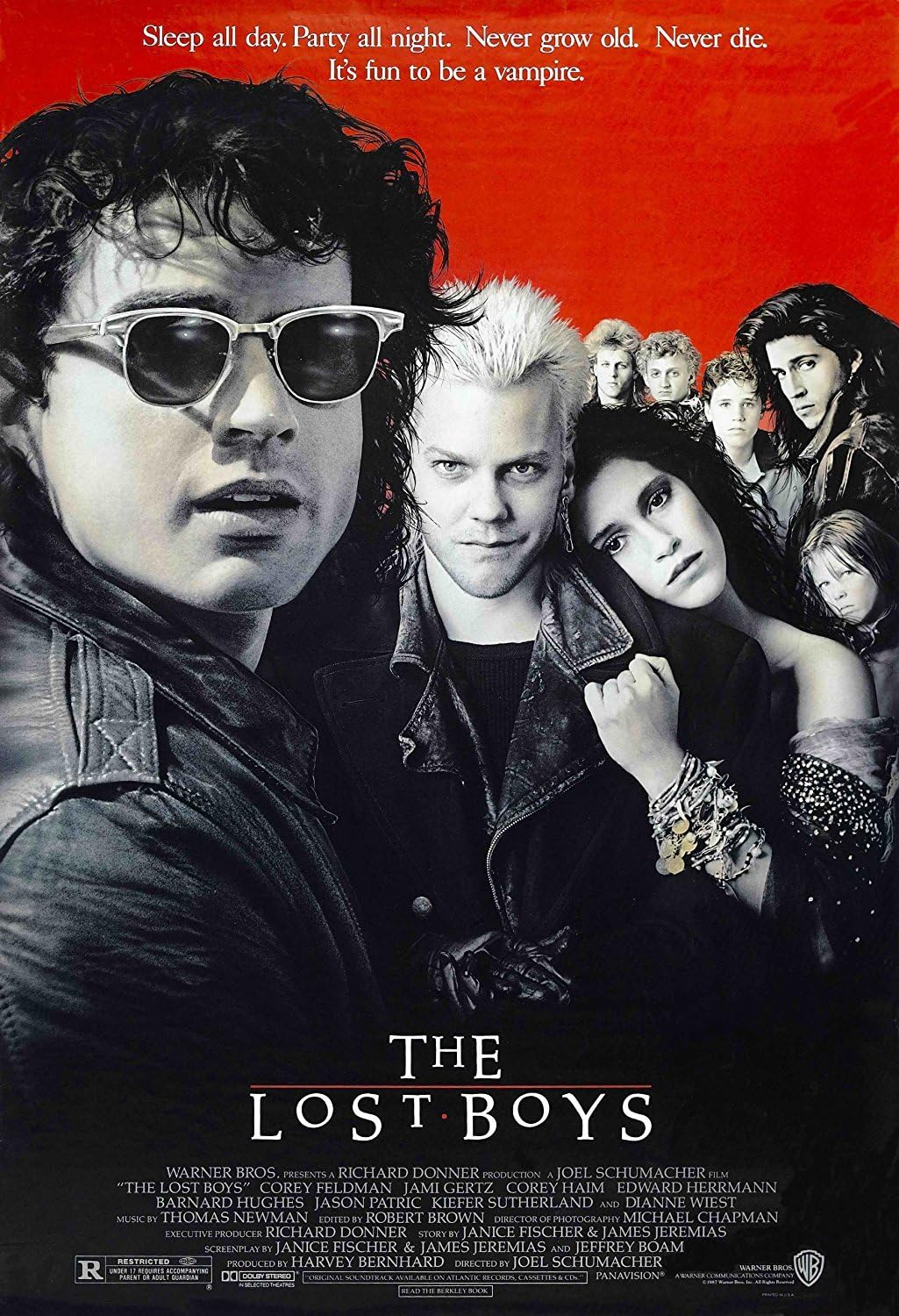 Here is the next classic 1980’s hit movie that was missing on my list.  I had never seen The Lost Boys before, although I knew that it featured Kiefer Sutherland and involved vampires.  I had added it to my list to watch this summer and I was looking forward to it.

Then, I watched it.  I have to say, I was pretty disappointed with what I saw.

I never expected to dislike this movie, so I am shocked at the result.  The Lost Boys, directed by Joel Schumacher (which should have given me a hint) and produced by Richard Donner had a cast of several of the 80’s teen idols.  Not only Kiefer but also Corey Feldman (who I enjoyed in The Goonies and Stand By Me), Corey Haim, Bill (of Bill & Ted) himself Alex Winter, Jami Gertz and Jason Patric.  It had roles as well for Dianne Wiest, Edward Herrmann and Bernard Hughes.

So the cast was solid.  What was the problem?

The film was a mixture of horror and comedy.  Those kind of films work well, if done properly.  Our main heroes are young kids fighting against the monstrous odds, which I historically enjoy (Monster Squad).

Even our main protagonist, Sam (Corey Haim), went into a comic book shop and knew his material.  Another point that should have made it special for me.

I just did not feel as if the two tones worked together in this movie.  The two Coreys felt out of place in the movie and, perhaps, miscast.  I found nothing original here.  It was a bare bones story.  The ending came out of nowhere, and yet was painfully apparent.  Our heroes felt very incompetent, yet they handled themselves really well.  And Michael (Jason Patric) was just endlessly irritating.  Haim was just screaming all the time and there were so many tropes of the genre.

I was very disappointed with this movie.  If there were ever one that was set up for me to love, this was the one.  I did not find it funny.  The scary parts were underwhelming and it felt as if actors were cast in the wrong roles.