This week’s Top 10 Show came from a Patreon.  David Mitchell-Baker picked the topic and it was Top 10 Billion Dollar Grossing Movies.  There are 46 possible choices for this list.  I will say that, as you will see, I am quite a bit biased toward the MCU.  In fact, I probably had to drop a couple off the list just so there was space for some of the other films.

This was a tough list to compile as there are a couple of films that I thought would have made it, but didn’t.  There will never be a Transformers on this list (nor would Avatar…SPOILER).  Either way, the Honorable Mention section is going to be significant. #10.  Harry Potter and the Deathly Hallows Part 2.  The final installment in the Harry Potter franchise is a very strong conclusion to the magical series of films.  There are plenty of franchises that do not wrap up perfectly, but this film does it extremely well.  Part 1 does a great job setting everything up and Part 2 is filled with action and battles between Harry and Voldemort.

#9.  Jurassic Park.  This is the best of the series, by far.  The original idea was so spectacular and there was a magical feeling those first time we saw these dinosaurs.  It felt real and there was so much tense moments.  When those velociraptors are chasing the kids through the kitchen could not be more anxiety-filled. 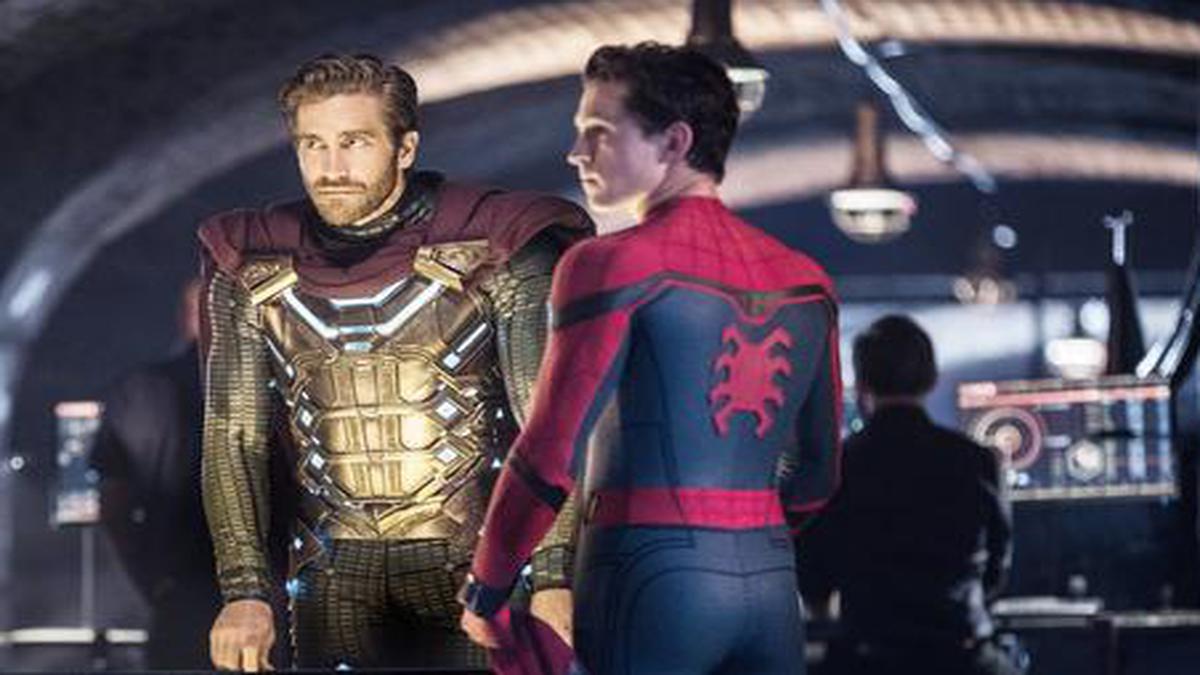 #8.  Spider-Man: Far From Home.  I enjoyed this Spider-Man movie so much.  Peter heads to Europe on a class vacation and runs into problems with Mysterio and Nick Fury and so on.  Jake Gyllenhaal is so fantastic as Mysterio.  Everyone in our world knew he was going to be the villain of the film, but he does such a great job that even I wondered whether this was actually a flip the film was doing.  Tom Holland is great again.  Spider-Man is my all-time favorite super hero so this may be a bit biased, but I wanted to include this. 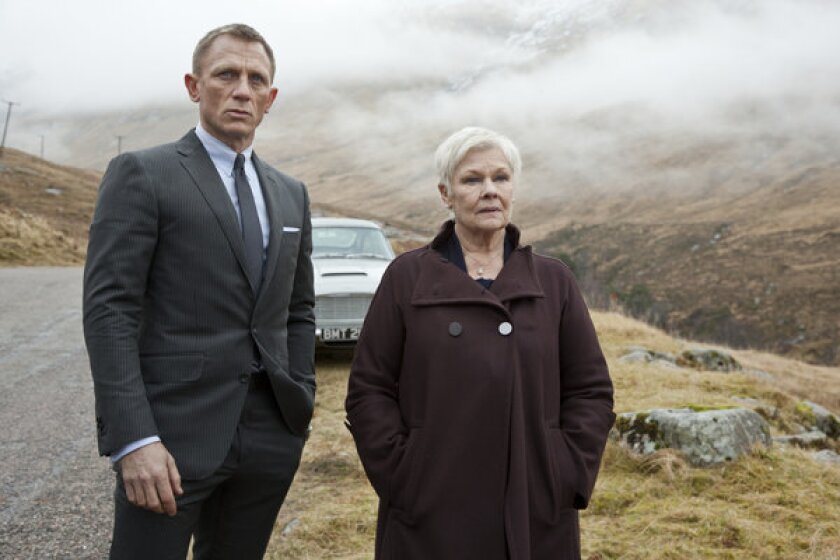 #7.  Skyfall.  One of the greatest James Bond films ever made.  I actually have it just behind Casino Royale on the Bond list, but Skyfall is so good.  It takes the Bond story in a different direction that other films did not.  It made it more personal than most of the Bond films.  Plus, Judi Dench is just amazing and her scenes as M are some of the stand out scenes.

#6.  The Dark Knight.  This is an amazing film, but I find it a bit overrated.  Understand, the film is brilliant, but I think some people have elevated this film ahead of what it should be.  A huge reason for that is, of course, Heath Ledger’s transcendent performance as the Joker.  Other elements feel a bit forced, but the Batman-Joker interactions are so tremendous. 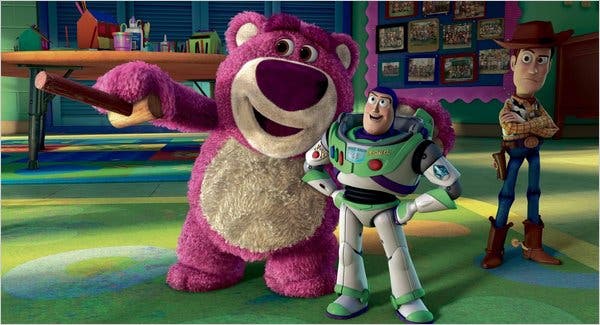 #5.  Toy Story 3.  I love this movie.  It may be my all-time favorite animated movie. If it is not number one, it is certainly in the discussion.  I have said this before, but I truly believe that Lotso Huggin’ Bear is one of the greatest villains in movie history.  I can relate so much to his backstory and I totally understand why the strawberry smelling bear made the choices that he made.  The scenes with the toys in the incinerator actually made me think that Buzz, Woody and the crew were going to die.  I had anxiety in the theater during that scene because I thought that they were going to burn up.  Toy Story 3 is so epic. 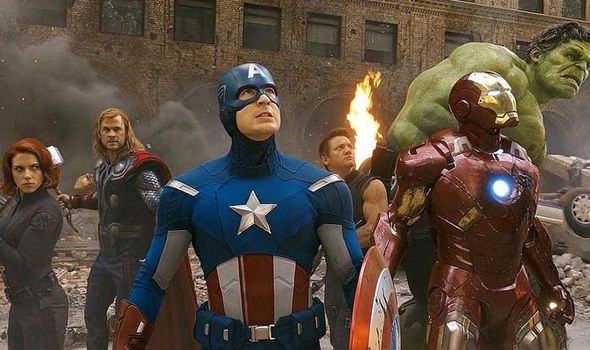 #4.  The Avengers.  Okay, so we are starting the MCU run now.  Yes, there was Far From Home earlier, but the Avengers is special.  The MCU was such a risk and so many people did not think this was going to be possible.  How could you bring these heroes, who were in their own movies, together into one film and have it be effective.  Joss Whedon found the way because this was just feel good moment after feel good moment.  Had this not worked, what would have happened?  It worked like a charm and started the MCU into legendary status.

#3.  Captain America: Civil War.  The third film in the Captain America trilogy does so much.  Not only does it feel like another Avengers film, it feels very much like a Captain America story.  It goes from the bombastic airport scene to the smaller and more personal Cap & Bucky vs. Iron Man.  Zemo was very underrated as a villain too.  His plan worked and he was able to break up the Avengers.  It also brought Black Panther and Spider-Man into the MCU.  So much happening, but brought together perfectly. #2.  Avengers: Infinity War.  Yes, the MCU hits keep a rolling.  Infinity War was such a great movie.  You thought that Civil War had a big cast?  Well, the Russo Brothers said “hold my beer.”  Oh, the Russos did Civil War too. Never mind.  Thanos finally comes from out of the shadows that he has been hiding in since the post credit scene of Avengers and he brought the kick ass with him.  Then Marvel went another step and had Thanos win the film.  The final shot was Thanos, sitting down and admiring his handiwork, which was “dusting” half of the population of the universe- which included Spider-man, Black Panther, Bucky, Groot, Dr. Strange etc.  The amazing film set up the franchise for what was coming next and built unbelievable hunger for the next installment. 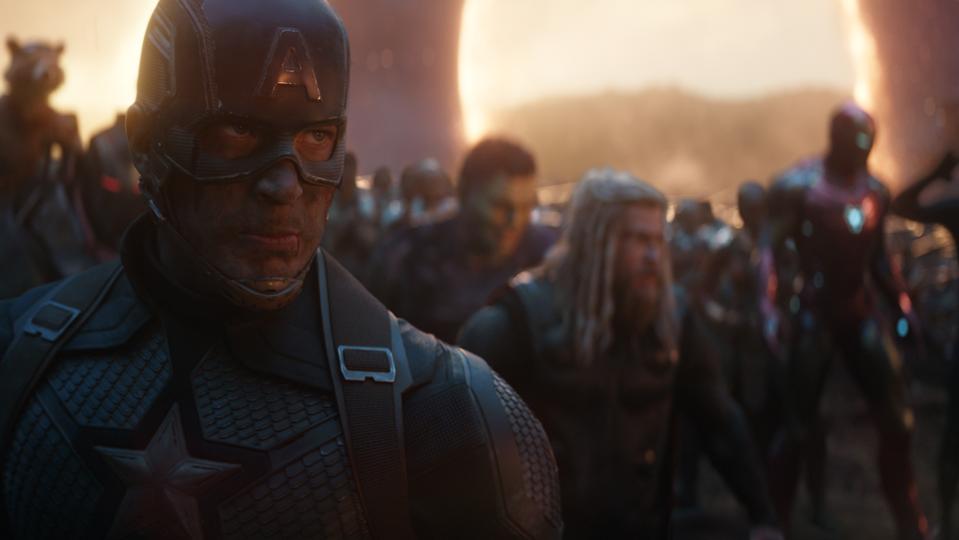 #1.  Avengers: Endgame.  That next installment made almost 2.8 billion dollars and passed Avatar as the highest grossing film of all time, much because of the set-up done from not only Infinity War but also the previous ten years of films from the MCU.  Avengers: Endgame served up the most satisfying and thrilling conclusion possible.  The time travel is done so well and pays off things from every movie.  We get call backs from across the catalog.  Amazing writing.  Some of the greatest moments ever.  This is my favorite movie ever (up there with The Princess Bride).  I believe it deserved every penny that it earned.

Honorable Mentions:  I mentioned already that the MCU films such as Avengers: Age of Ultron, Black Panther, Captain Marvel.  I had originally written Rogue One in at number 10 before deciding to add the Harry Potter film instead.  I considered Star Wars: Last Jedi and The Force Awakens too.  Zootopia was not going to make this list, but it was a great animated film.  Finding Dory was another great Pixar movie as was Incredibles 2.  I really wanted to keep Lord of the Rings: Return of the King, but it just did not reach it.  Two Towers might have been a top 10 list had it passed the 1B.  Joker was another film that I thought, when I first started researching this list, would clearly be in my top 10, but it fell short.