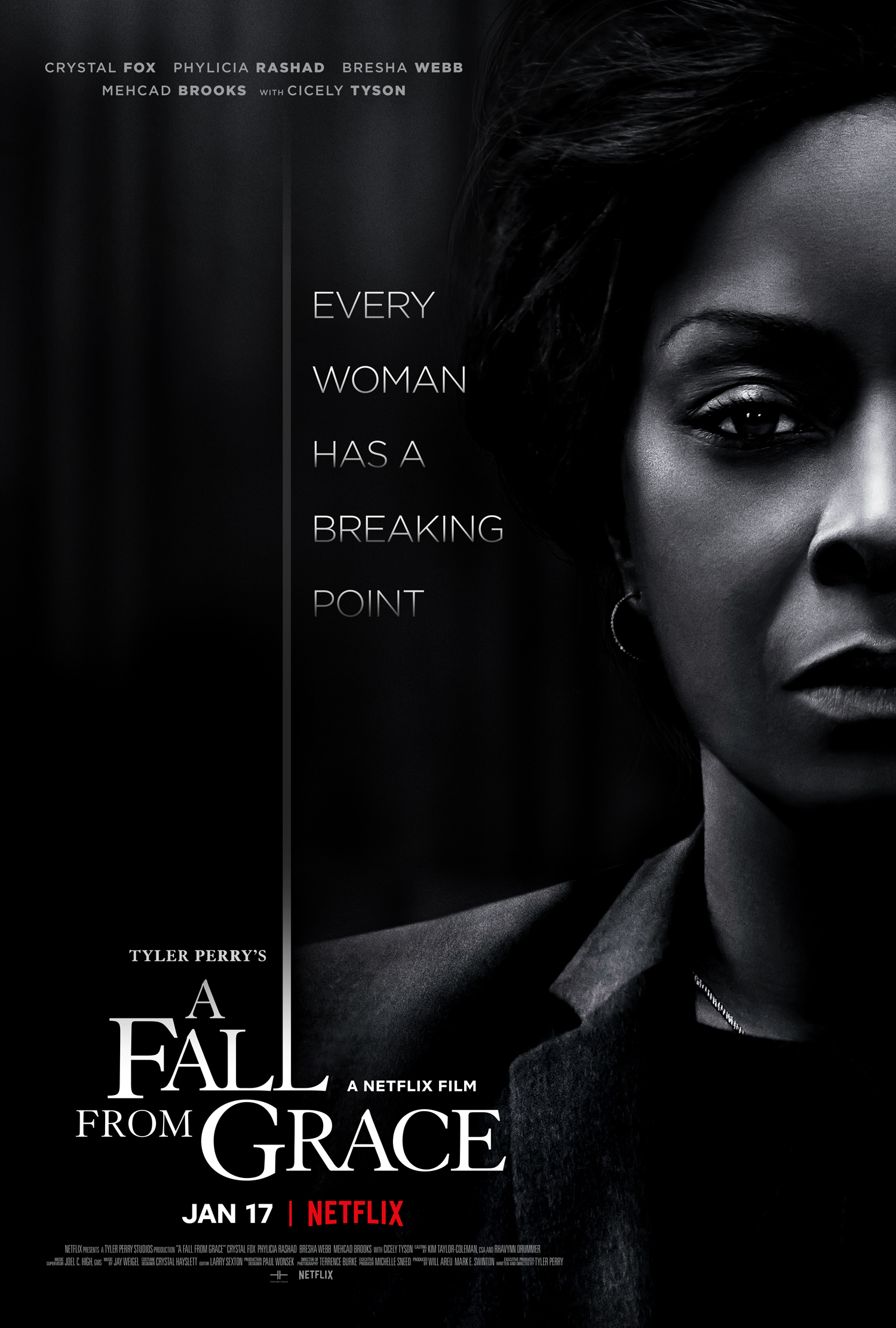 I returned to the streaming services for another new movie this weekend while the ice and snow is being removed.  This time I went to Netflix and found a film from Tyler Perry called A Fall From Grace.

Jasmine Bryant (Bresha Webb) was a public defender assigned to a murder case so she could get a plea deal for the client, Grace Waters (Crystal Fox).  Grace was accused of murdering her husband Shannon (Mehcad Brooks) with a baseball bat. Although there was no body found at the scene, Grace is ready to plead guilty.  However, Jasmine starts to see some of the evidence that makes her rethink what was going on.

I did not hate this film, but the film feels very much like a Lifetime special.  The plot has so many contrivances and so many scenes that do not fit together than it feels very disjointed at several points.  Some of the ideas come out of nowhere and do not work in tandem.  Anything in the courtroom setting was very weak and poorly written.  The acts all have a different feel to them and they seem like completely different movies.  Those problems really hurt the flow of the film, which is also too long.

Characters acted in ways that was inconsistent with ways they had acted in previous scenes.  Phylicia Rashad was probably the standout character as Sarah, Grace’s best friend.  The character of Jasmine was all over the place, though Bresha Webb did what she could.

I do think the film took a chance at putting forth a compelling mystery and thought it could keep the audience on its toes with the story.  Although I do not think the film was very successful in its execution, I have to respect the attempt.

This is not a very good movie, but for a Netflix original on a snowy Saturday night, there are worst films that one could watch.  Is it entertaining?  Somewhat.  Is it dumb?  Sure.  I wouldn’t go out of my way to see it and I wouldn’t want to pay money to see it, but just to watch while sitting on the couch, you could do worse.