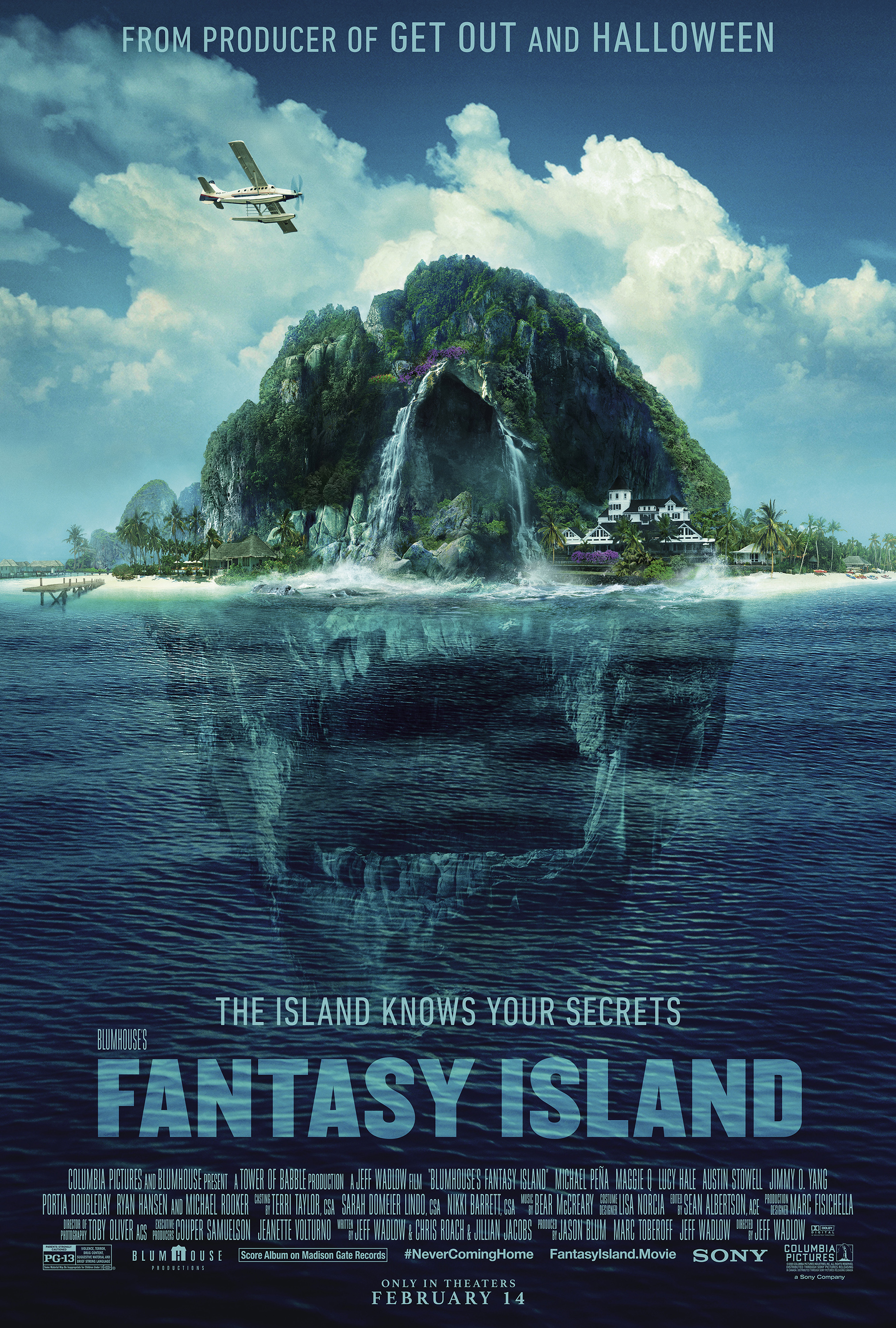 I was a fan of the ABC TV show from the late ’70s & ’80s, Fantasy Island, that starred the iconic Ricardo Montalbán  and Hervé Villechaize as Mr. Roarke and Tattoo.  I enjoyed the series, watching every Saturday night and waiting for Tattoo to say, “Da plane, Da plane!”

So when I saw the trailers for Blumhouse’s new adaption of the former series, taking what was the ABC drama and giving it a horror twist, I was excited and looking forward to it.

Then I saw it.

It makes me sad.

A group of guests arrive on an airplane to Fantasy Island with the promise of having their personal fantasies fulfilled by Mr. Roarke (Michael Peña), the Island’s caretaker and host.  The fantasies would take a twist and become something more than what the guest believed.

The guests were played by Lucy Hale, Maggie Q, Ryan Hansen, Jimmy O. Yang and Austin Stowell.  These actors were fine.  Maggie Q was probably the best of the group.  However there were some major issues because none of these actors had characters that had any depth to them at all.  Because I knew so little about any of these characters, I had a difficult time connecting to them.  That was not the actors’ faults, but that does not change the fact that I did not care about any of these people.

The movie did not show us anything about these people prior to arriving on the Island so we only got to meet them as they stepped off the plane.  I know this was the way the TV show worked, but I think I needed something more for this.

Then, there were four active fantasies running at the same time, bouncing back and forth between them.  None of them were compelling enough to maintain momentum after switching so quickly between the stories.  These fantasies were too convoluted and hard to follow originally, and then they threw a needless twist in the film where the fantasies began to intertwine.  That made them even messier and nonsensical.

The way the story played out was completely ridiculous.  The “twist” here made zero sense and actually took the rest of the film and tossed out what had come before.  Motivations were juvenile and unbelievable.   It was not a good movie leading up to this decision, but it was so bad that it really damaged whatever good feeling there might have been here.

I had a hard time accepting Michael Peña as Rourke.  I think the film could have really made Rourke a great horror character here, but, for me, it just did not work.  And I think Michael Peña is awesome, but this was wrong casting for me. Then, I did not like the story arc the movie gave to Mr. Roarke.  This was a huge missed opportunity.

I think that is the main issue with this movie.  They had a real opportunity to make this film something special.  The TV show Fantasy Island as a horror movie is such a great concept, but the execution here is so totally blown that it is truly a disappointment.

Michael Rooker is in this movie.  He is totally wasted here as a character that is on the island and is meant to be mysterious, but his character is downright dumb and perfectly unimportant in the long run.  He had some amazing hair though.

Sadly, this was nowhere near what it could have been.  The stories did not mix well and the acting was unable to elevate the story.  I wish this was better.