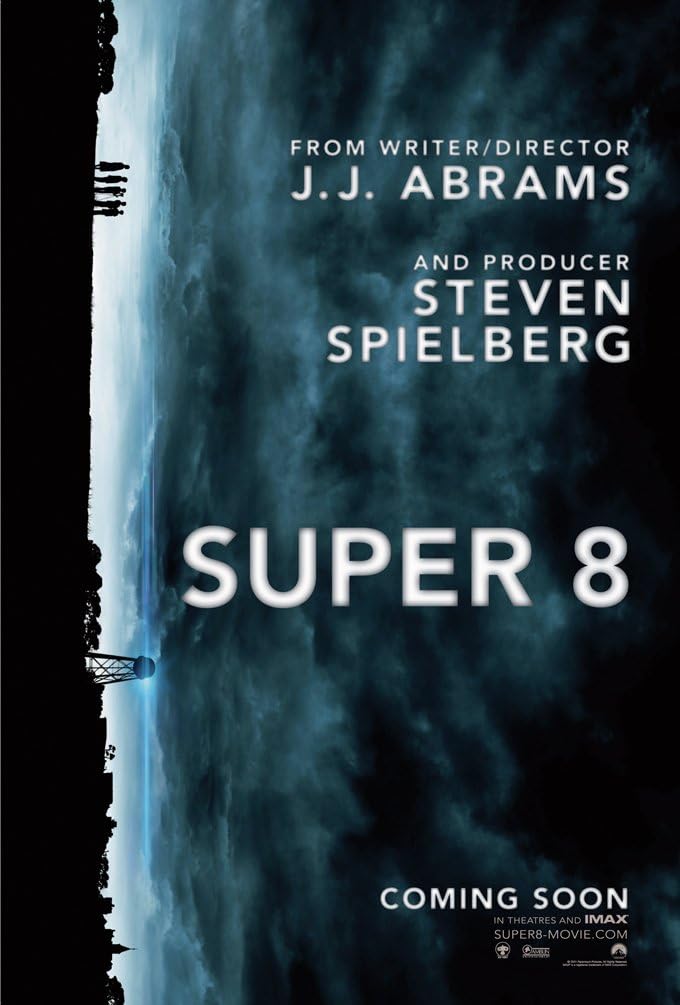 I have decided that this weekend is the perfect opportunity to have the first Social Distancing Binge-a-Thon starting this Friday with Super 8.

Writer/director J.J. Abrams teamed up with producer Steven Spielberg to create a film that was a love letter to movie making and some of the old movies that used to be made.

Super 8 has traits of many of Spielberg’s previous films, such as E.T. the Extra-Terrestrial, The Goonies, and other 1980’s films and tries to build on that feeling of nostalgia for the movies of that time.  It mostly succeeds.

Super 8 follows a group of boys who are attempting to make a zombie movie.  Joe Lamb (Joel Courtney), one of the boys who recently lost his mother and had an uneasy relationship with his father Jackson Lamb (Kyle Chandler), and his friends recruited Alice (Elle Fanning) to make the story of their movie better.

Late one night as they are filming a scene, the group witness an unexpected train derailment that turns out to be more than what it seems.

For most of the movie, this is a fun “kids are chased by monsters” movie with many of the normal scenes you would see in one.  The kids in the film are fantastic, especially Joel Courtney and Elle Fanning.  Special shout out to Ryan Lee, whose Cary was the standout oddball of the group with his explosives.

There was some good tension and drama as the government arrived on the scene to complicate matters all the more.

However, the third act really stretches credibility a bit and the very ending had way too much of an E.t. meets Close Encounters feel to it.  The ending really came out of nowhere and did not feel as if it was earned.  It was a real flip flop that made everything feel strange.

There is a definite charm to the movie, in particular with the cast, and the story is solid enough for what we get.  Although it feels like many of Spielberg’s early films, it will not be remembered with them.  Super 8 was fine.  That is about it.